A graphic circulating on Facebook quotes Anne Frank, a writer who died in the Holocaust at the age of 16, as saying: “Dead people receive more flowers than the living ones because regret is stronger than gratitude.” It shows a photo of Frank with pen and paper at a desk.

One post with the graphic has been viewed more than 9,000 times so far, in both the US and Nigeria.

Anne Frank was a Jewish girl who hid with her family for two years in the Netherlands during the Nazi’s occupation of the country. She died in the Bergen-Belsen concentration camp in 1945.

Her diary, which she wrote while in hiding, was later discovered and published in 1947. It became one of the most widely read accounts of the Holocaust. This state-sponsored industrial-scale murder by the Nazi party killed at least 6 million Jews, as well as gay people, the Romani, the disabled and other marginalised groups.

The book made Frank one of the most well-known victims of the Holocaust. But is the quote really by her? 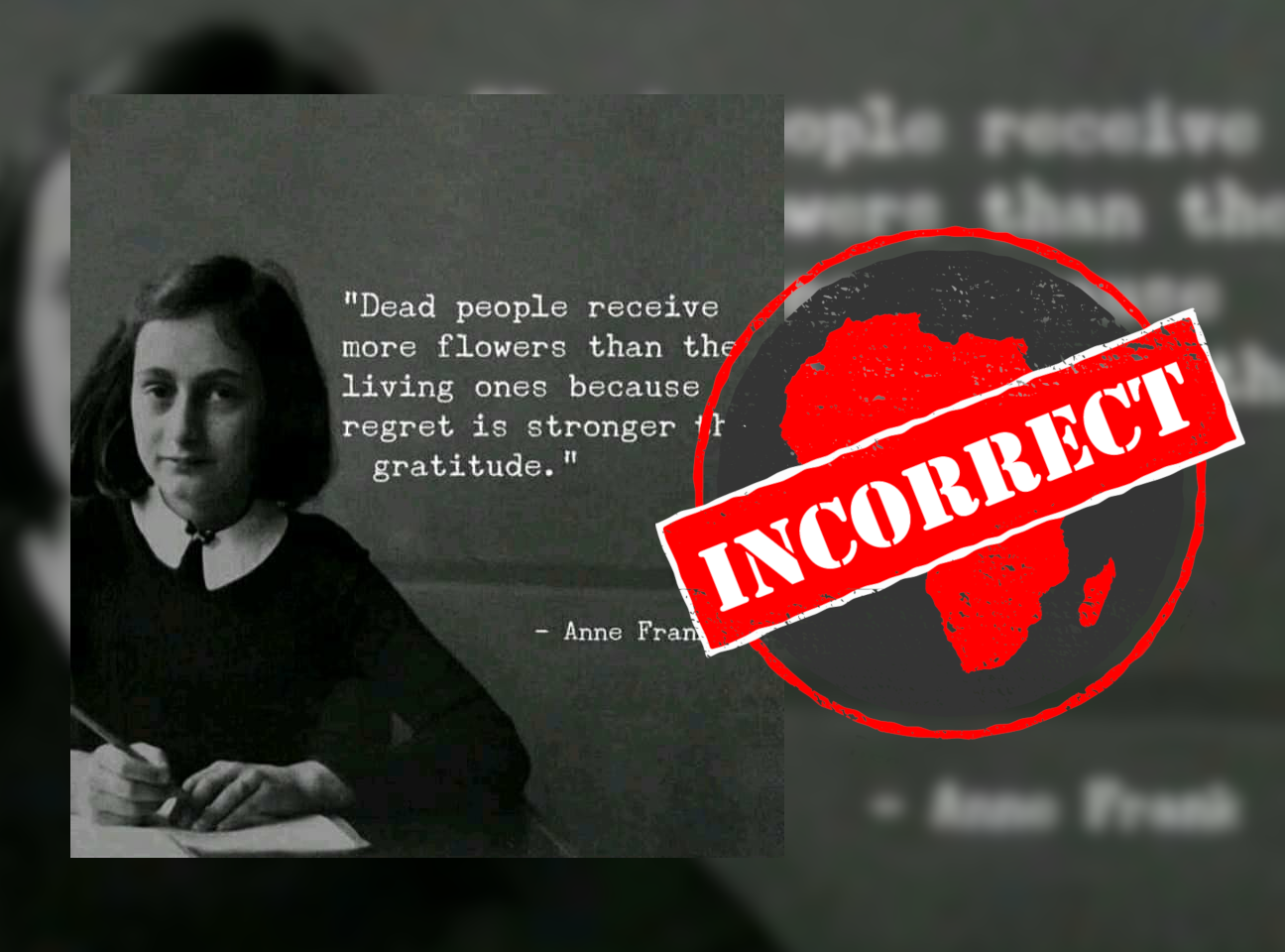 The full version of Frank’s diary, titled Anne Frank: The Diary of a Young Girl, is available online.

A search of the entire text did not return the quote.

There are numerous quotation websites that attribute the quote to Frank. But we could not find any reputable sources that confirm she wrote it.

It is also unlikely that she would have been quoted by any newspapers as she died before her diary was published, and was not famous in her lifetime.

The Anne Frank Fonds is a foundation created by her father Otto Frank, the sole survivor of the family. He designated the foundation as his “universal heir and legal successor”. The foundation confirmed to fact-checking organisation Snopes that there was no evidence the quote is by Anne Frank.