“Did you know mullein leaf helps to detox the lungs from tar, mucus and phlegm?” asks text on a graphic posted on Facebook. “It opens up airways, fights asthma and lung issues.”

The graphic is headed “LUNG CLEANSE”.

Mullein, a plant with the species name Verbascum thapsus, is native to North Africa, Asia and Europe.

Are these claims about its “lung cleansing” properties correct? We checked. 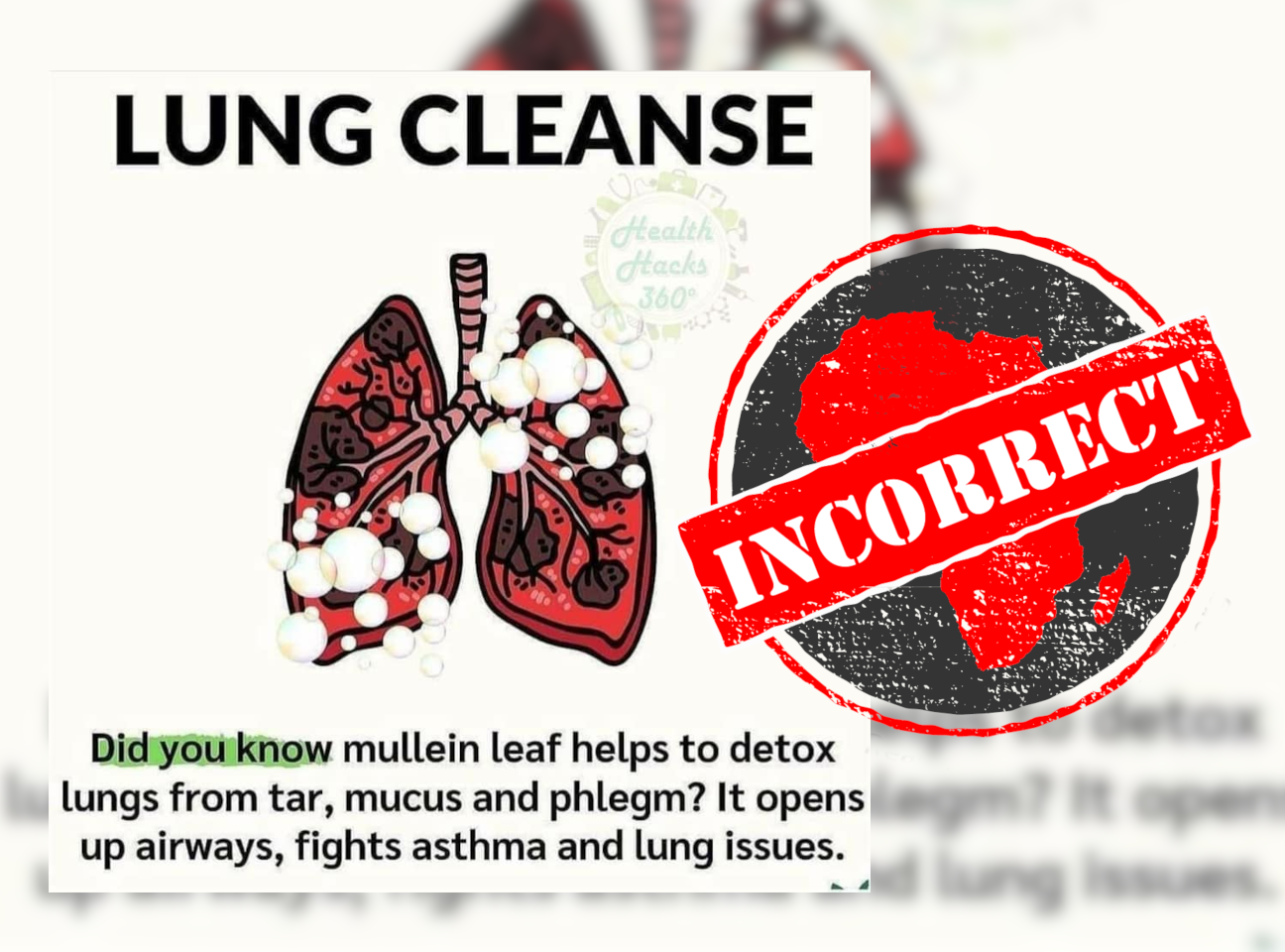 Dr Richard Raine, a pulmonologist at the respiratory clinic at the Groote Schuur Hospital and University of Cape Town and a board member of the South African Thoracic Society, dismissed the claims.

He said there was “no scientific evidence available” to support them.

The best way to keep lungs healthy was to “avoid exposure to harmful substances such as cigarette and other smoke, vaping, and polluted environments”.

According to the Mayo Clinic, a nonprofit American academic medical centre, asthma is a condition in which your airways narrow and swell and may produce extra mucus. “This can make breathing difficult and trigger coughing, a whistling sound (wheezing) when you breathe out and shortness of breath.”

It can be caused by environmental or genetic factors.

Raine said asthma was a “serious, potentially life-threatening disease” with “scientifically well-established treatments that have been approved by major respiratory medicine societies around the world”. Mullein leaf is not one of these treatments.

If you have lung problems see a doctor who can diagnose you and prescribe safe, effective treatments.