IN SHORT: Africa Check could not find any credible reports of Kaduna state governor, Nasir El-Rufai, saying 80% of registered voters in northern Nigeria don’t know who Peter Obi is.

Numerous Facebook posts in Nigeria claim that Nasir El-Rufai, the governor of Kaduna state in northern Nigeria, has said 80% of the registered voters in the north do not know who presidential candidate Peter Obi is.

Peter Obi is the presidential candidate of the Labour Party in Nigeria’s 2023 elections.

“80% of the registered voters in the North do not know who is called Mr. Peter Obi,” the posts quote El-Rufai as saying.

According to the posts, published on 11 September 2022, El-Rufai said the only Obi known in the north was either popular football player Mikel Obi or Nollywood actor Saint Obi.

But did El-Rufai make this statement? We checked. 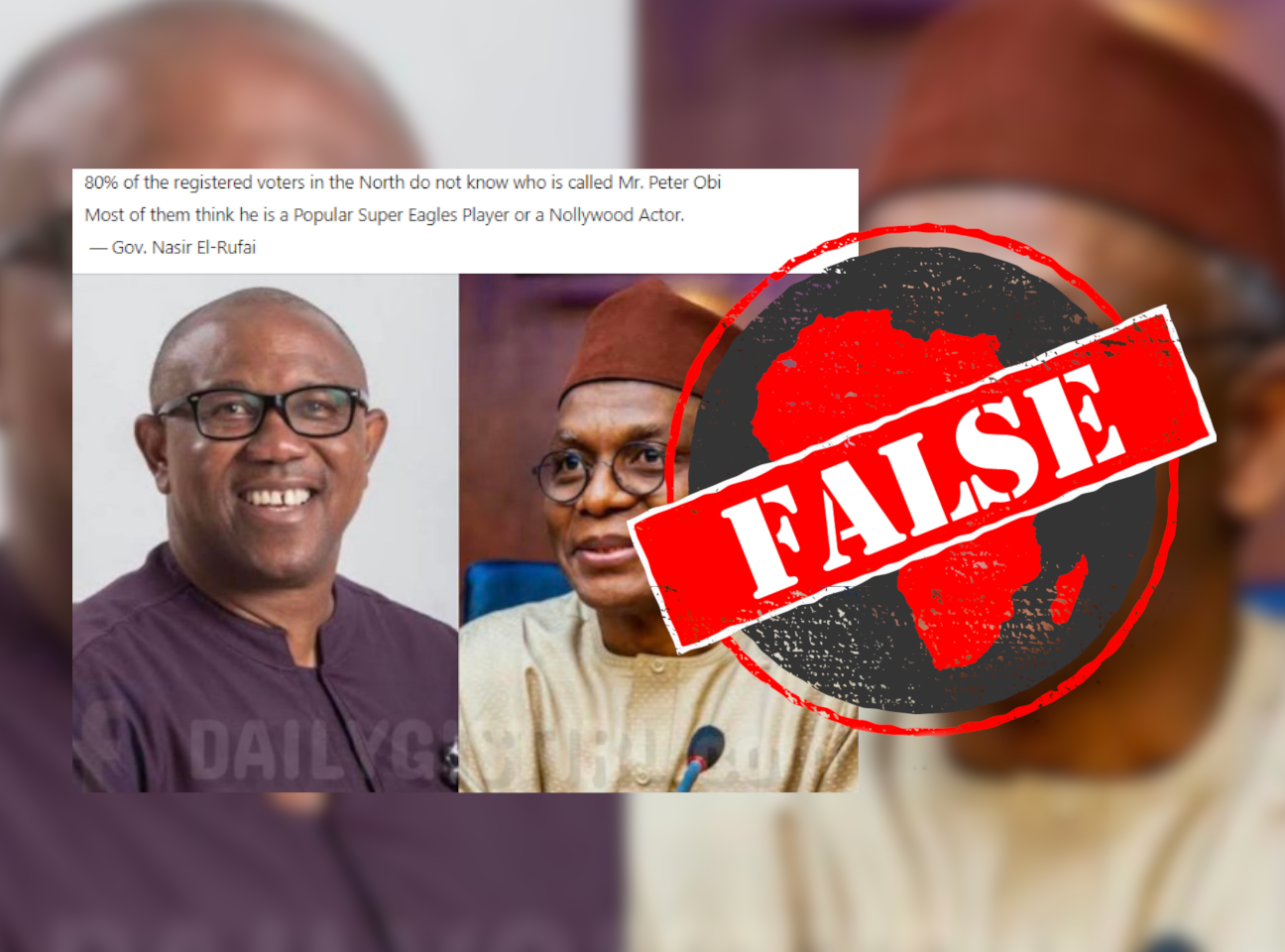 The Facebook post doesn’t give details of where or when El-Rufai is meant to have made the statement. A lack of detail often indicates that a claim circulating on social media is fabricated.

Our search also didn’t turn up any reports of the statement by credible local news organisations.