The post, published 15 March 2022 on a Facebook page called Biafrans with Nnamdi Kanu, claims Adesina said this in an interview with BBC Hausa.

The post, which features a photo of the presidential aide, reads: “I almost give my life trying untruthful defending the indefensible. Better let Nnamdi Kanu go and we can beg Igbos for forgiveness. I see no other way out. Hence Nnamdi Kanu's brothers can never succumb. It become clearer by the end of the day blood is thicker than water. Ipob can never be defeated.”

Kanu leads the Indigenous People of Biafra (Ipob), a separatist group hoping to restore the Republic of Biafra in Nigeria’s southeastern region. Biafra was dissolved in 1970 at the end of Nigeria’s three-year-long civil war.

He is facing terrorism charges in an Abuja court and has been in the custody of the Nigerian Department of State Services since June 2021 after being rearrested outside of the country.

But did presidential spokesperson Adesina really speak out in support of Kanu and his cause? 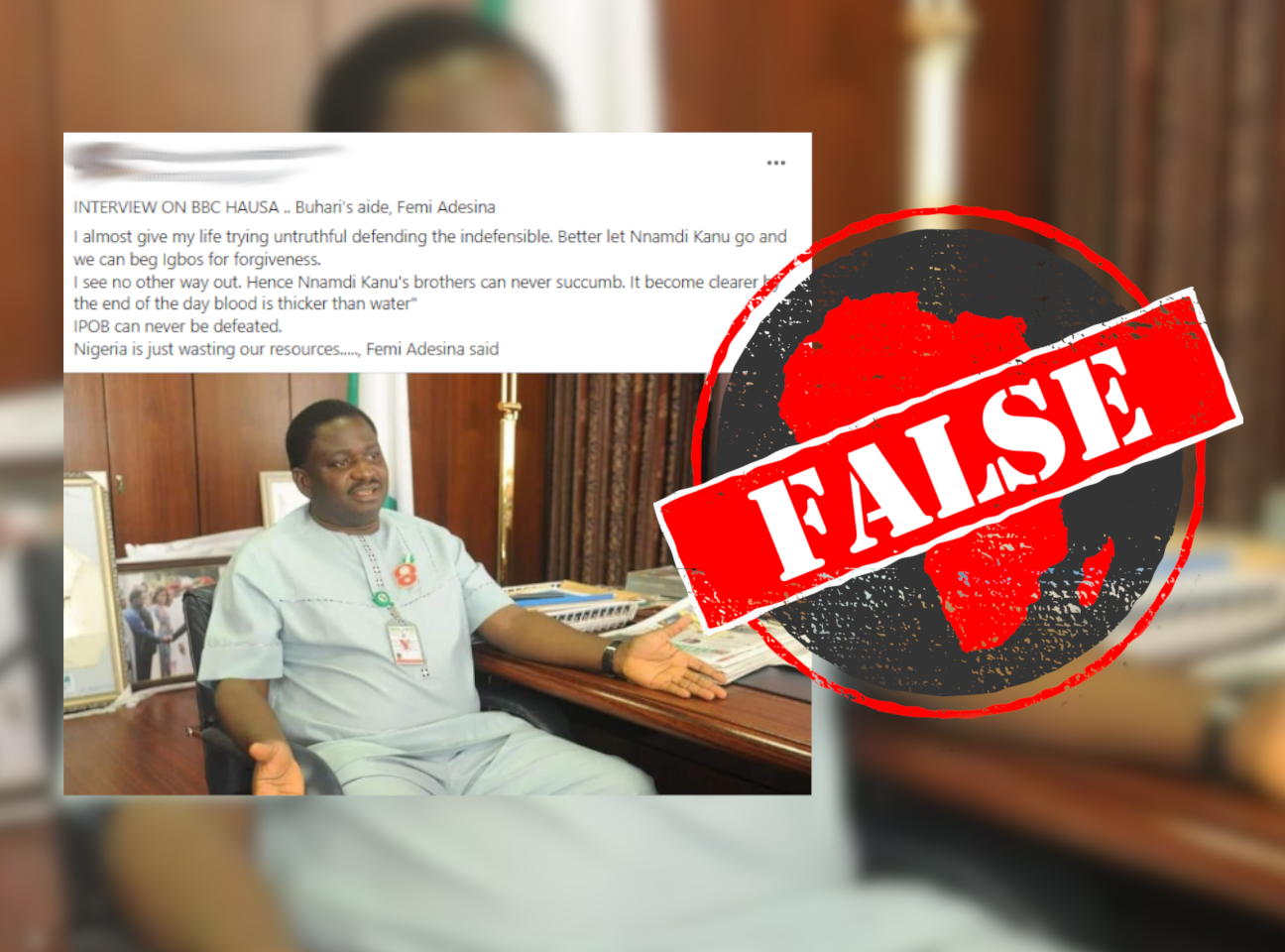 No evidence of interview or quote

We searched BBC Hausa and found no such interview. The most recent reference to Adesina we could find was a May 2021 report about a plot to overthrow Buhari.

We also found no other credible media reports about Adesina asking the federal government to release Kanu or saying “Ipob can never be defeated”.

Any such public statement would have made headlines in Nigeria, as it would be contrary to Adesina’s known stance, which is critical of the Biafran independence movement.

Adesina is also known to share his thoughts on Facebook and Twitter. There is nothing on his social media timelines to suggest he has changed his mind about Kanu or Ipob.

The final clue that the quote was fabricated was that the photo of Adesina has been in circulation since at least 2017.