"Breaking news: Governor of Rivers state Wike decamped to Labour Party in the early hours of today. Even here in Labour Party I Will Still Perform, the Gov said while decamping,” reads a 9 August 2022 Facebook post.

The claim was also repeated in other Facebook posts.

But is it true that Wike has decamped to the Labour Party? We checked. 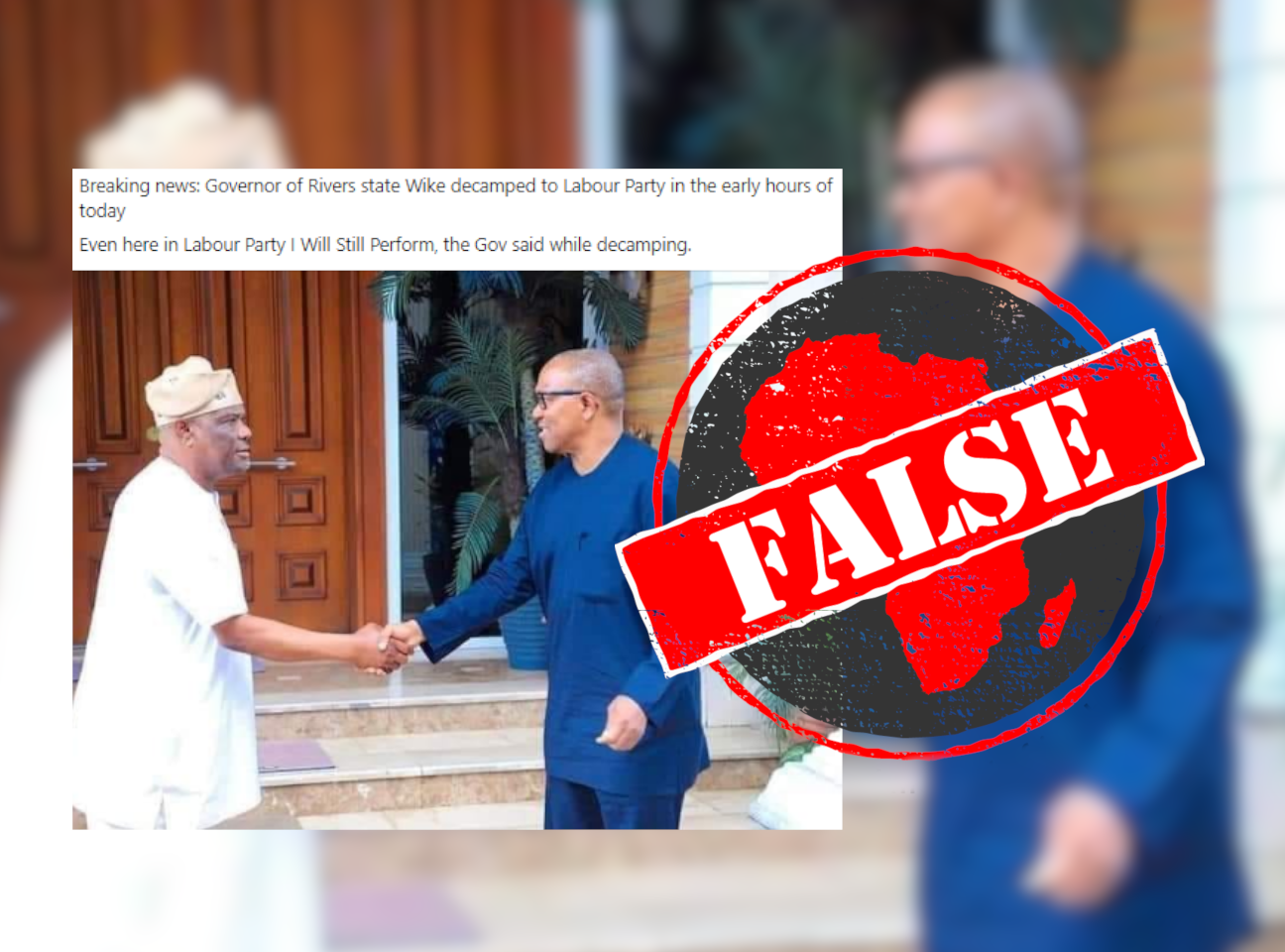 Nyesom Wike is a Nigerian politician and the current governor of Rivers State.

In March 2022, Wike declared his intention to stand for president of Nigeria under the Peoples Democratic Party (PDP) in the 2023 election. But he lost the presidential ticket of the party to Atiku Abubakar.

According to the PDP governors list available on the party’s website, Wike is still a member of the party. He has not decamped to the Labour Party.

There have also been no reports of his defection in credible local news outlets, which would be expected if it were true.

We found no evidence that Wike has decamped to the Labour Party.