A screenshot of what appears to be an article in the Irish Examiner has been circulating on Facebook in South Africa.

The Irish Examiner is a national daily newspaper in Ireland.

The headline in the screenshot reads: “Referee whistles may be cause to sudden increase in heart problems among sports players experts say.”

The first paragraph of the article says: “The recent discovery has come to light after a number of sports players have had incidents on the pitch and required medical assistance, referee whistle may also be causing incidents in sports fans attending games. All incidents are non vaccine related the public has been urged to ignore misinformation recently circulating on social media platforms.”

Despite the warning to “ignore misinformation”, was this information really published in the Irish Examiner, and is it accurate? We checked. 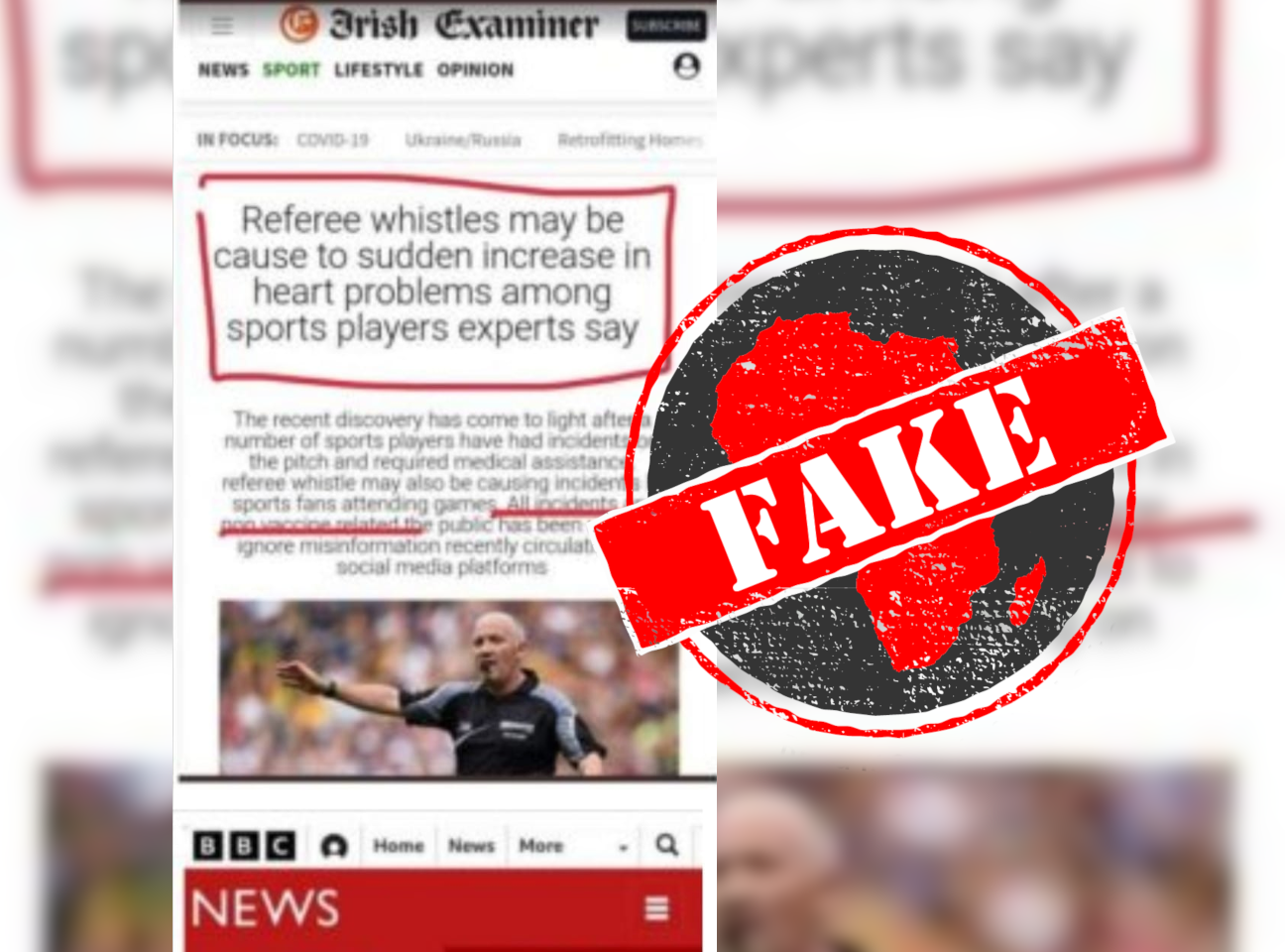 ‘No such article has ever been published by the Irish Examiner’

We were suspicious about the screenshot, as the poor grammar and punctuation in the text would be unusual for a respected publication like the Irish Examiner. And we found no results with a reverse image search for the screenshot.

We then searched for the headline on the Irish Examiner’s website and also came up empty.

An editor for the newspaper, Tom Fitzpatrick, told Reuters that he could confirm that “no such article has ever been published by the Irish Examiner”.

We could find no evidence that referee whistles were causing sudden increases in heart problems among athletes. Both the claim and the article are fabricated.