A message posted on Facebook on 23 October 2021 quotes the United States government as warning the Nigerian government to only use the Super Tucano fighter jets it sold to Nigeria in the northern part of the country.

“We don’t want to see any Super Tucano hovering in the southern parts of Nigeria,” it reads. “Restrict it only to the north where terrorists are operating, White House warns Buhari. IPOB is a terrorist organisation dedicated only to Fulani.”

Ipob is the Indigenous People of Biafra, an Igbo secessionist movement campaigning for the independence of the southeast region from the rest of Nigeria. The Fulani are a mainly Muslim community found in the north of the country.

In August 2017 the US State Department approved a $593 million foreign military sale to Nigeria, including 12 A-29 Super Tucano light attack aircraft, to help strengthen Nigeria’s campaign against Boko Haram.

Nigeria received the first batch of six planes from the US in July 2021 and the Air Force held an induction ceremony in August. 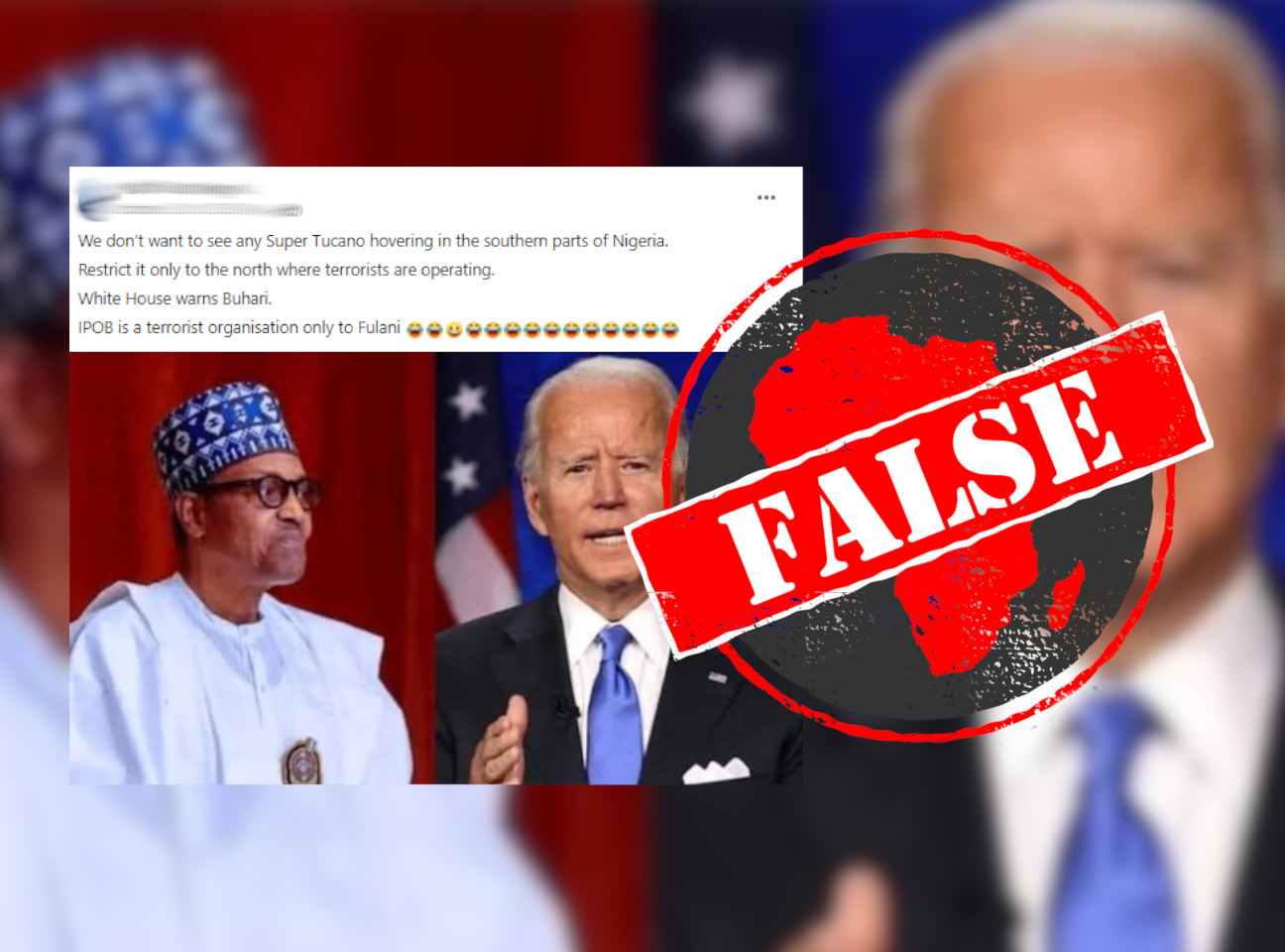 No mention of north or south

A report on the US embassy in Nigeria’s website details how US-Nigeria relations led to the US selling the aircraft to Nigeria. It includes quotes from US officials.

There is no mention of which part of the country the US expects Nigeria to deploy the planes.

“The Nigerian Air Force is one of our key partners that plays a critical role in furthering regional security and stability,” Gen Jeff Harrigian, US Air Forces in Europe-Air Forces Africa commander, said during the induction ceremony. “The A-29 is a prime tool to help Nigeria combat violent extremism and is vital to sustained deterrence.”

The message provides no details of when the White House issued the warning. Such lack of context is often a sign that a claim is false.

And if the US had issued the warning in the midst of Nigeria’s north-south tensions, it would have made national and international news. It hasn’t. The message has not been reported by any credible media organisation.