A graphic circulating on Facebook quotes Kenyan politician Rigathi Gachagua, the running mate of presidential candidate William Ruto, as casting doubt on the integrity of the Independent Electoral and Boundaries Commission (IEBC).

“We shall announce our results from the HNIB tallying centre,” the quote reads. “We no longer trust the IEBC. Hatupangwingwi.”

“Hatupangwingwi” is a Kenyan catchphrase that means “We cannot be dictated to.”

HNIB, the Hustler Nation Intelligence Bureau, is linked to the UDA and has been tallying votes cast for the party.

The graphic shows the logo of Kameme FM, a radio station that broadcasts in the Kikuyu language widely spoken in central Kenya.

Since vote counting began, media outlets and the IEBC have been projecting results from polling stations across Kenya’s 47 counties.

IEBC chairperson Wafula Chebukati has urged Kenyans to not panic over the differing results, saying they all come from the same source.

But did Kameme FM really quote Gachagua as saying this? If true, the statement would add to the tension caused by an extraordinarily close race. 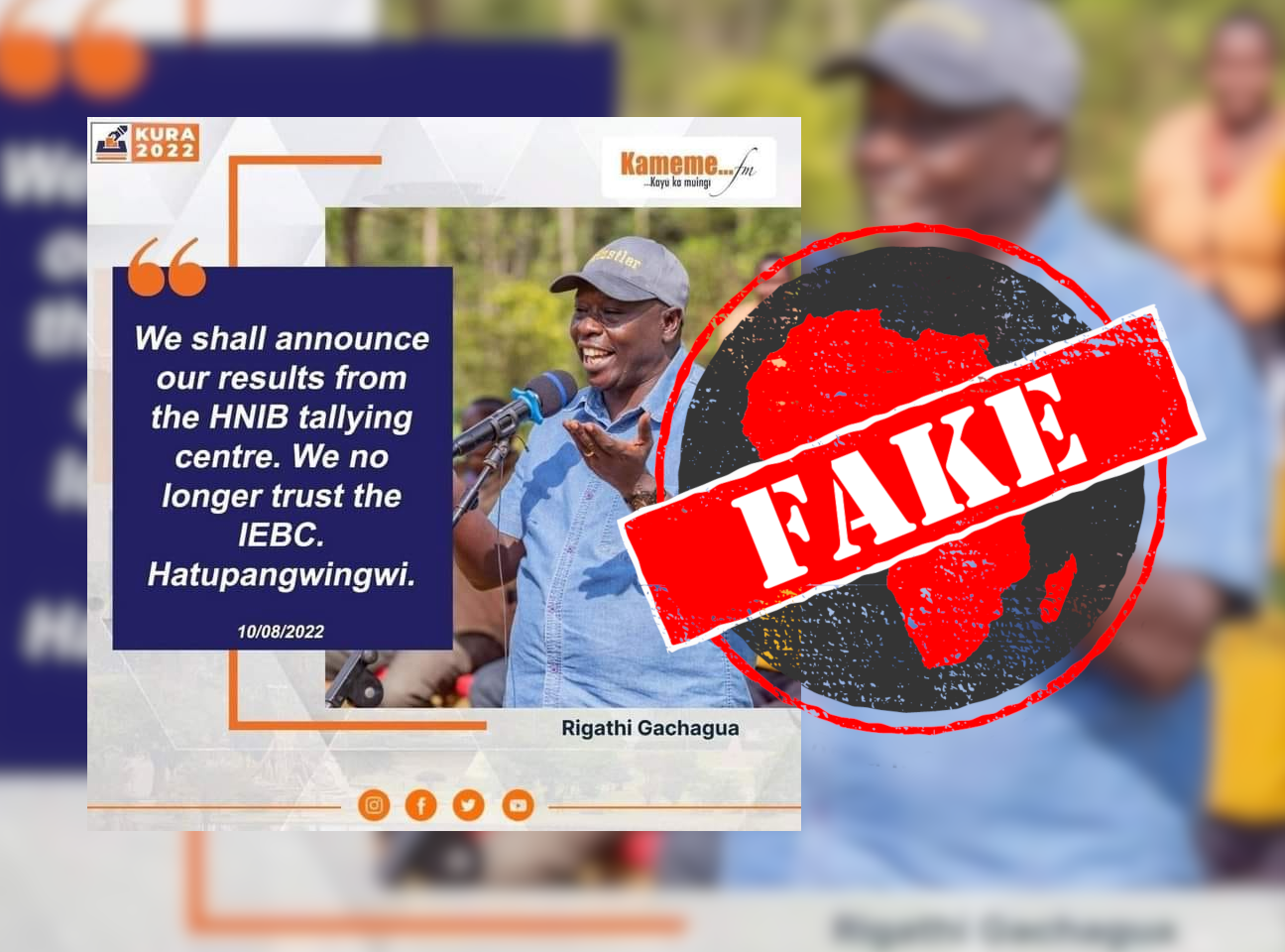 ‘Be safe from rumours’

Kameme FM, through its official Facebook page, has dismissed the graphic as “FAKE”.

This translates as: “This information does not originate from Kameme FM. Follow us on our social media platforms to be safe from rumours."