The post includes photos of Donna and her former partner, Tanzanian musician Diamond Platnumz, with the message “RIP TANASHA” and a crying emoji stamped on them. The pair dated for about a year and have a child together.

Is news of Donna’s death true? 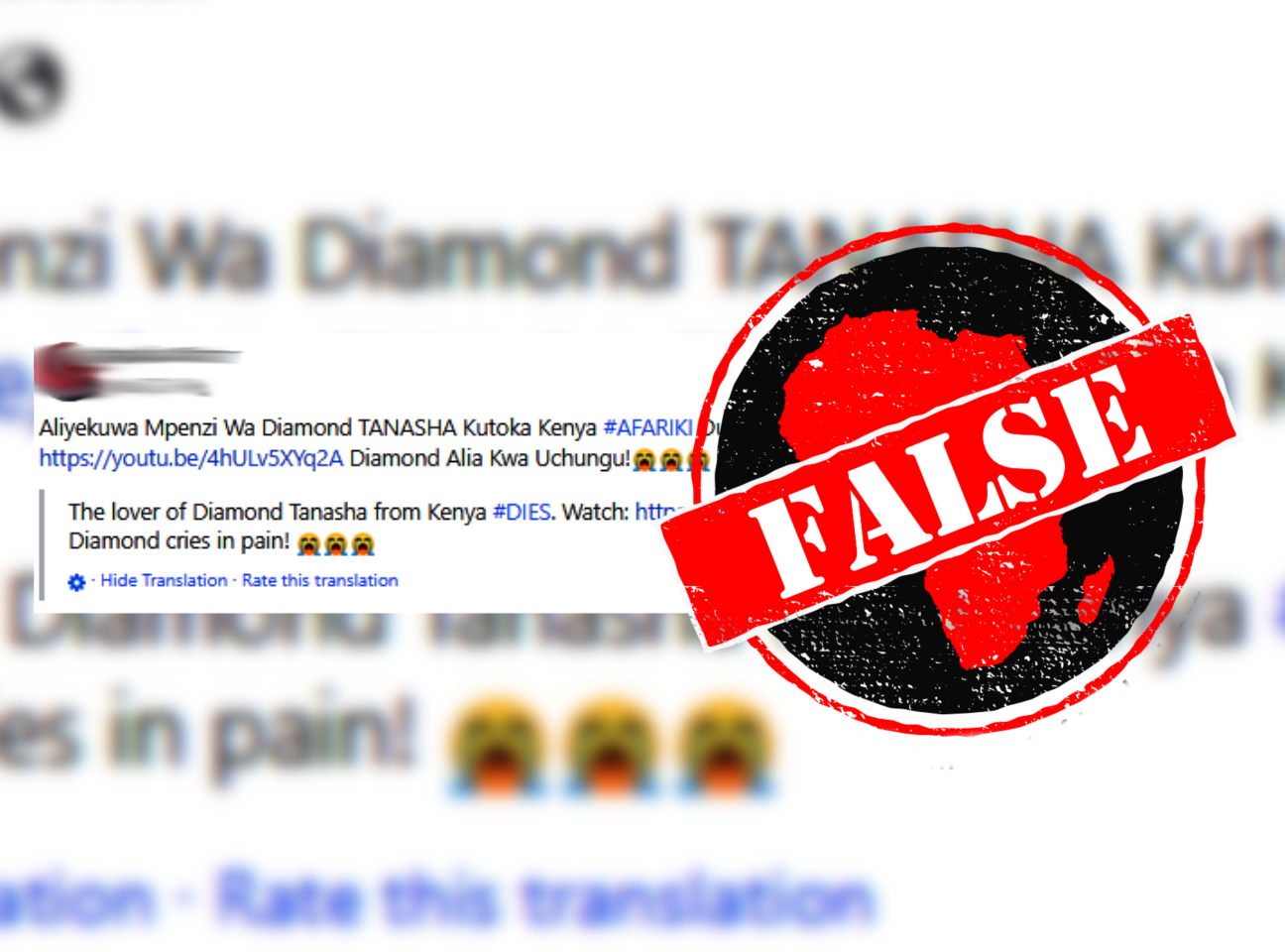 The first red flag is that there have been no mainstream news reports of her death. She’s extremely popular, and the Kenyan media would certainly have reported her passing.

And the link in the post goes to a music video unrelated to either musician. Instead, it’s a video for the song Buga, by a musician named Baraka Oscar. The song appears to be a rather uninspired Kiswahili remake of a hit song of the same name by Nigerian musician Kizz Daniel.

Africa Check looked at Donna’s official verified Instagram account and found that she has been actively posting photos, most recently on 11 July.