A graphic doing the rounds on Facebook quotes Kenyan politician and academic James Ole Kiyiapi as saying that president-elect William Ruto is starting to act like a dictator.

“There are signs that William Ruto is already becoming a dictator,” the quote reads. “Since he was declared winner, he has been literally finishing the opposition. He has been threatening freedom of expression by making those who are using WhatsApp and Signal feel guilty.”

It adds: “He has said he will personally amend the parliamentary standing orders to allow Cabinet Secretaries to answer questions in Parliament. Note: He opposed a constitutional amendment that would have introduced such reforms instead preferring to introduce them via presidential edict, just like a dictator.”

The quote ends with: “I pity Kenyans who can't see this dictator in the making.”

The graphic is branded with the logo of TV47, a mainstream Kenyan TV station.

Ole Kiyiapi was a presidential candidate in the 2013 general election

Ruto, the leader of Kenya Kwanza alliance, was declared the winner of the 9 August 2022 presidential race.

The graphic started circulating just days after Ruto’s rival for the presidency, Azimio la Umoja One Kenya coalition leader Raila Odinga, accused the president-elect of trying to sabotage the country’s democracy by wooing Odinga’s allies, and leaders who won seats on independent tickets, into his camp.

Ruto has vowed to “restore” Kenyans’ “freedom” to communicate, suggesting his government wouldn’t spy on digital messages and so people wouldn’t have to use encrypted services such as WhatsApp and Signal. He has also said that his cabinet secretaries would be grilled in parliament, instead of only by department committees, to ensure their accountability. 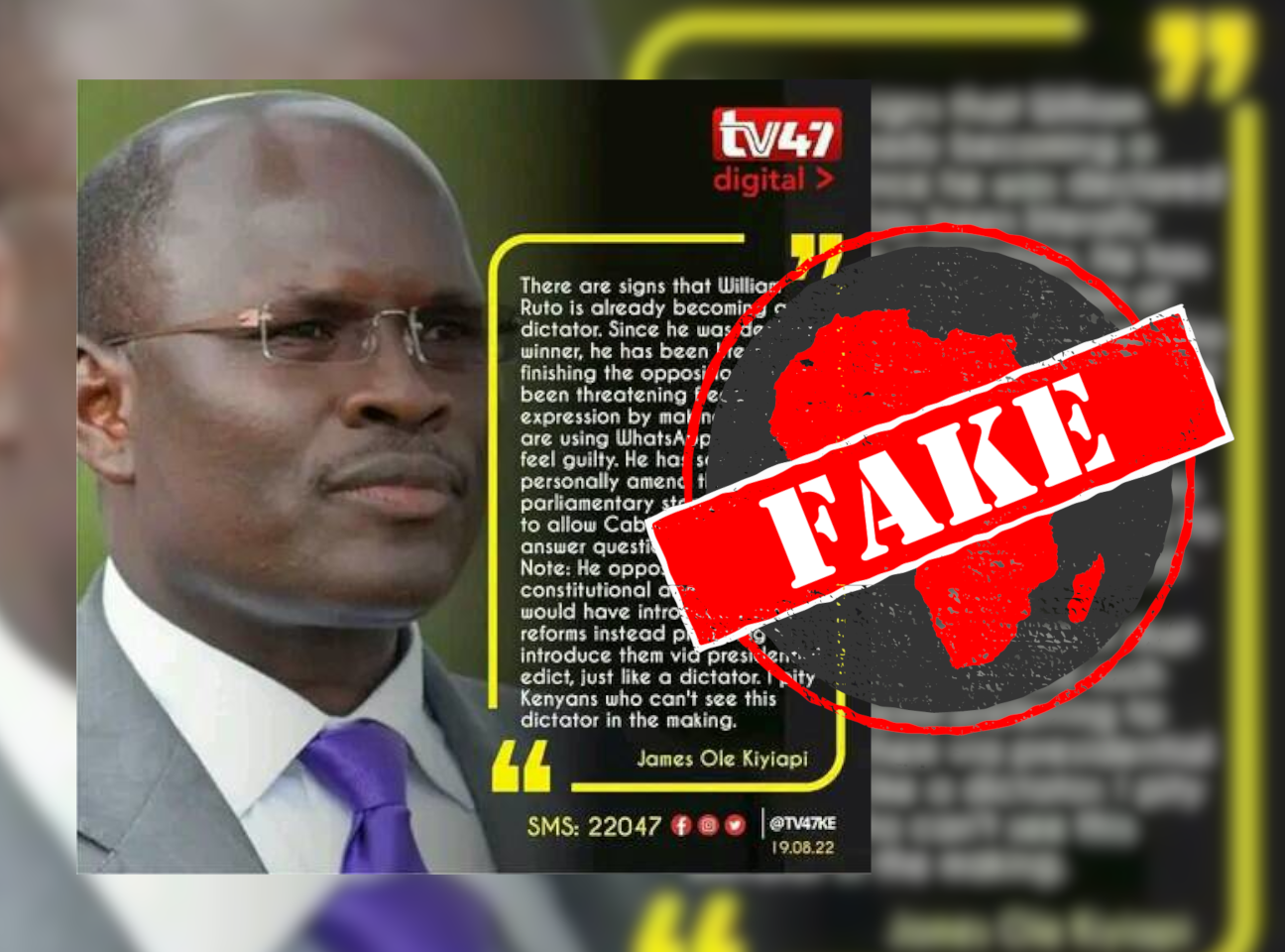 “This message circulating on the interwebs is not from 'TV47'....It is FAKE!” it wrote.

Ole Kiyiapi also clarified on Twitter that it is indeed fake.

There is no evidence he said this, or that any media house quoted him as saying it.