“The Deputy President cannot stop us from forming coalitions or alliances. He is also free to form one with Museveni’s NRM,” reads a quote on a graphic attributed to Kenya’s National Rainbow Coalition (Narc) party leader Martha Karua. The graphic has been circulating on Facebook since August 2021.

It includes the logo of the Kenyans.co.ke news website, and a photo of Karua. It’s similar to graphics quoting newsworthy people the website regularly puts out on social media.

Kenya’s deputy president William Ruto is campaigning for the presidential ticket in the 2022 elections.

Karua is a veteran politician and former justice minister who unsuccessfully ran for president in 2013. Few of Kenya’s smaller parties, such as Narc, have put forward candidates for the 2022 presidential bid, but it’s been reported that if they act in alliance they may have some power in determining the eventual winner.

But an ally of Ruto has been quoted describing this power as potential “blackmail”.

Karua has asked Kenyan president Uhuru Kenyatta to stay out of the 2022 race for his successor. But did Kenyans.co.ke really produce the graphic quoting her as saying the deputy president “cannot stop us from forming coalitions or alliances”? 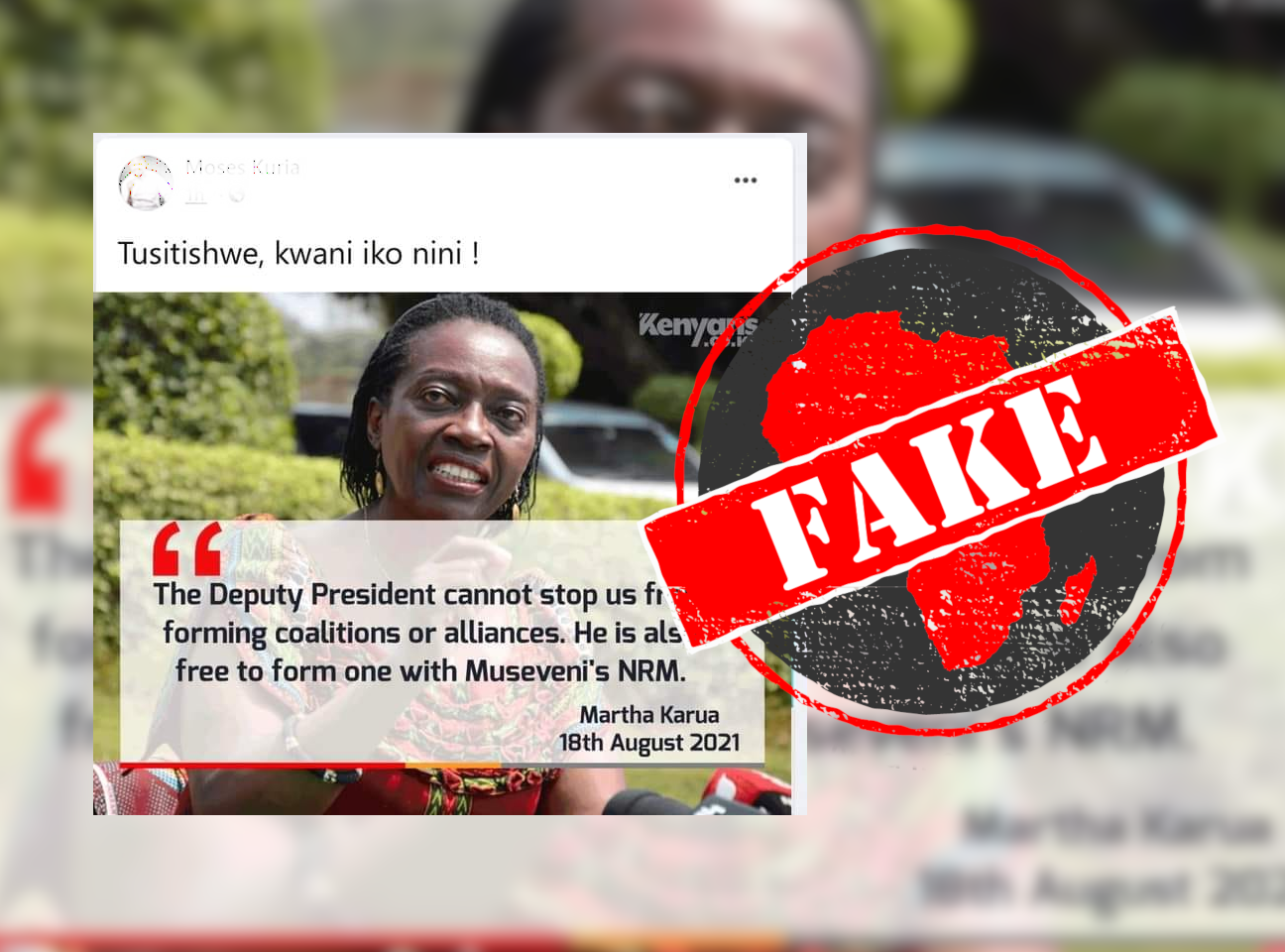 On 23 August, Kenyans.co.ke took to social media to dismiss the graphic, posting it on Facebook and Twitter with “FAKE” stamped across it.

This post did not emanate from our media house. It does not conform to the in-house branding rules and did not go through the multiple approval checks set in place to prevent misreporting. pic.twitter.com/i5ETTr6J3k

“This post did not emanate from our media house,” the site wrote on Facebook. “It does not conform to the in-house branding rules and did not go through the multiple approval checks set in place to prevent misreporting. We, therefore, flag it as FAKE.”