“African leader admitted to Nairobi Hospital with Covid-19,” reads the headline of a story published on the Nation website on 10 March 2021.

The story also appeared in Kenya’s Daily Nation newspaper that day, headlined “African leader taken ill, admitted to city hospital.” It was highlighted on the front page with the text: “Covid? African leader at Nairobi Hospital.”

According to the report, the unnamed leader was last seen in public in late February. It quoted unnamed opposition leaders from an unnamed country “citing diplomatic sources” as confirming that the leader was ill with Covid-19.

A day later, on 11 March, what appears to be a page from a newspaper was posted on Facebook and shared in a public group with more than 500,000 members.

“No African leader admitted to city hospital as reported,” a headline on the page reads. The kicker adds: “Further investigation found no African leader in the hospital. Reporter apologizes.” Below that is a graphic with the word “sorry”.

One user posted the page with this comment: “Magufuli not admitted in Kenya as reported by Kenyani [sic] media and they have since offered an apology.” At the time, there were rumours about the health of Tanzanian president John Pombe Magufuli. His death was announced on 17 March.

Data from CrowdTangle, Facebook’s public insights tool, shows the page has been shared many times, attracting hundreds of reactions.

Although the name of the Daily Nation does not appear on the page, the suggestion is that the newspaper had apologised for the 10 March article about the unnamed African leader. But did it? We checked. 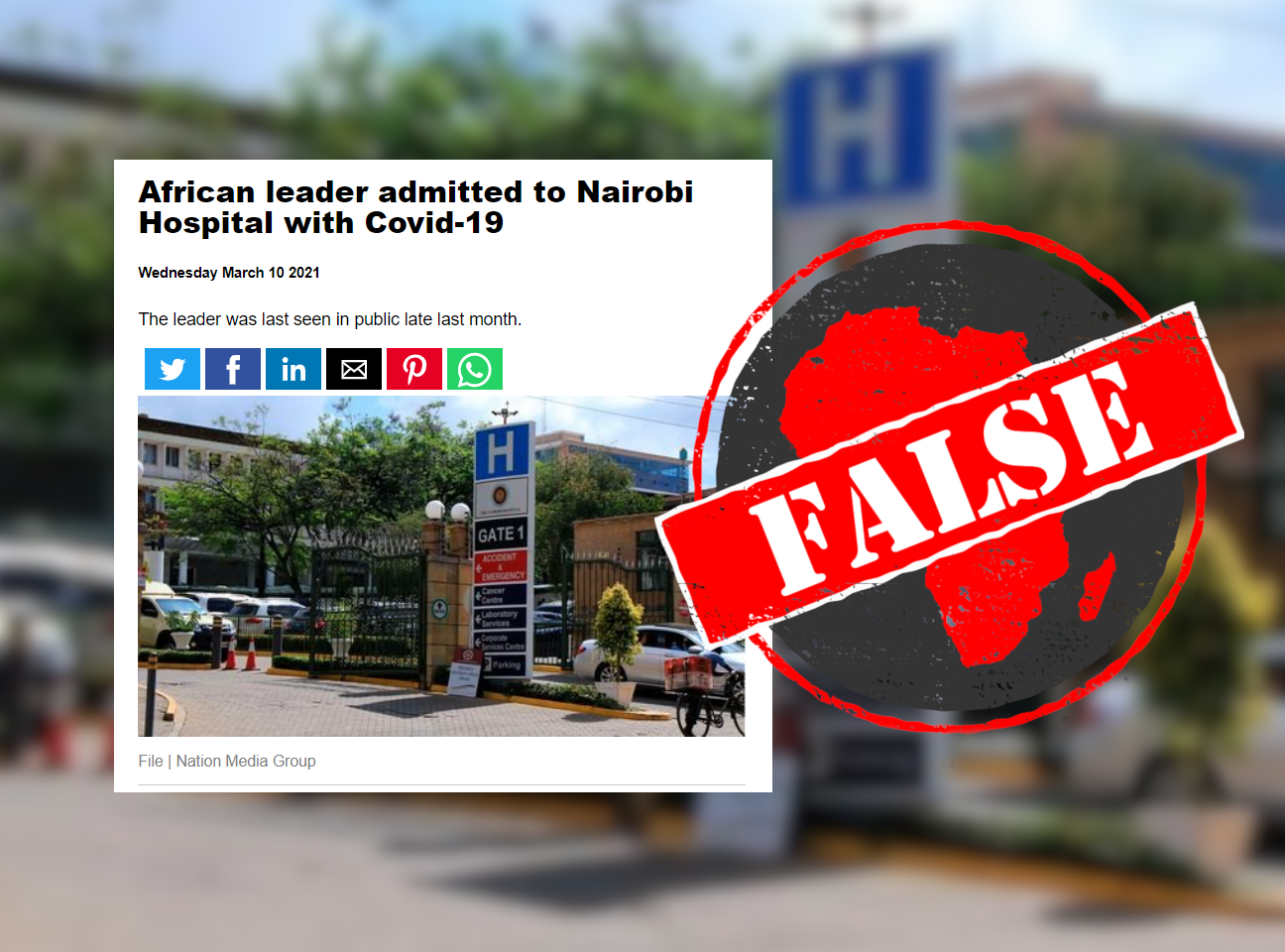 No apology in 11 March edition of newspaper

We searched for the apology in the epaper archives of the Daily Nation’s 11 March edition, but came up empty.

The page shared on Facebook attempts to imitate the typeface and layout of Daily Nation, but falls flat.

No apology has been posted on Daily Nation’s online platforms, and the initial article has not been withdrawn. It is still online.

The article on the page has the byline “Daniel Wambui”, but no such name can be found in the Nation’s online platforms.

The page is fake.