IN SHORT: An eruption of one of East Africa’s famous volcanoes would have been news. But it didn’t happen.

“BREAKING; Mt. Longonot is currently erupting,” reads a typical version of a claim circulating on Facebook since October 2022.

Kenya’s Mount Longonot volcano gets its name from the Maasai word oloonong’ot, meaning “mountains of many spurs” or “steep ridges”.

Longonot is an extinct stratovolcano with a peak 2,776 metres above sea level. It lies 60 kilometres northwest of Nairobi, Kenya’s capital, in the Great Rift Valley.

A stratovolcano, also known as a composite volcano, is a conical volcano built up by many layers (strata) of hardened lava (molten or partially molten rock) and tephra (fragments of material produced by a volcanic eruption).

The Great Rift Valley, better known as the East African Rift, has several famous volcanic mountains, including Mount Kenya and Mount Kilimanjaro in neighbouring Tanzania. But they are all either dormant or extinct.

But did it really erupt? 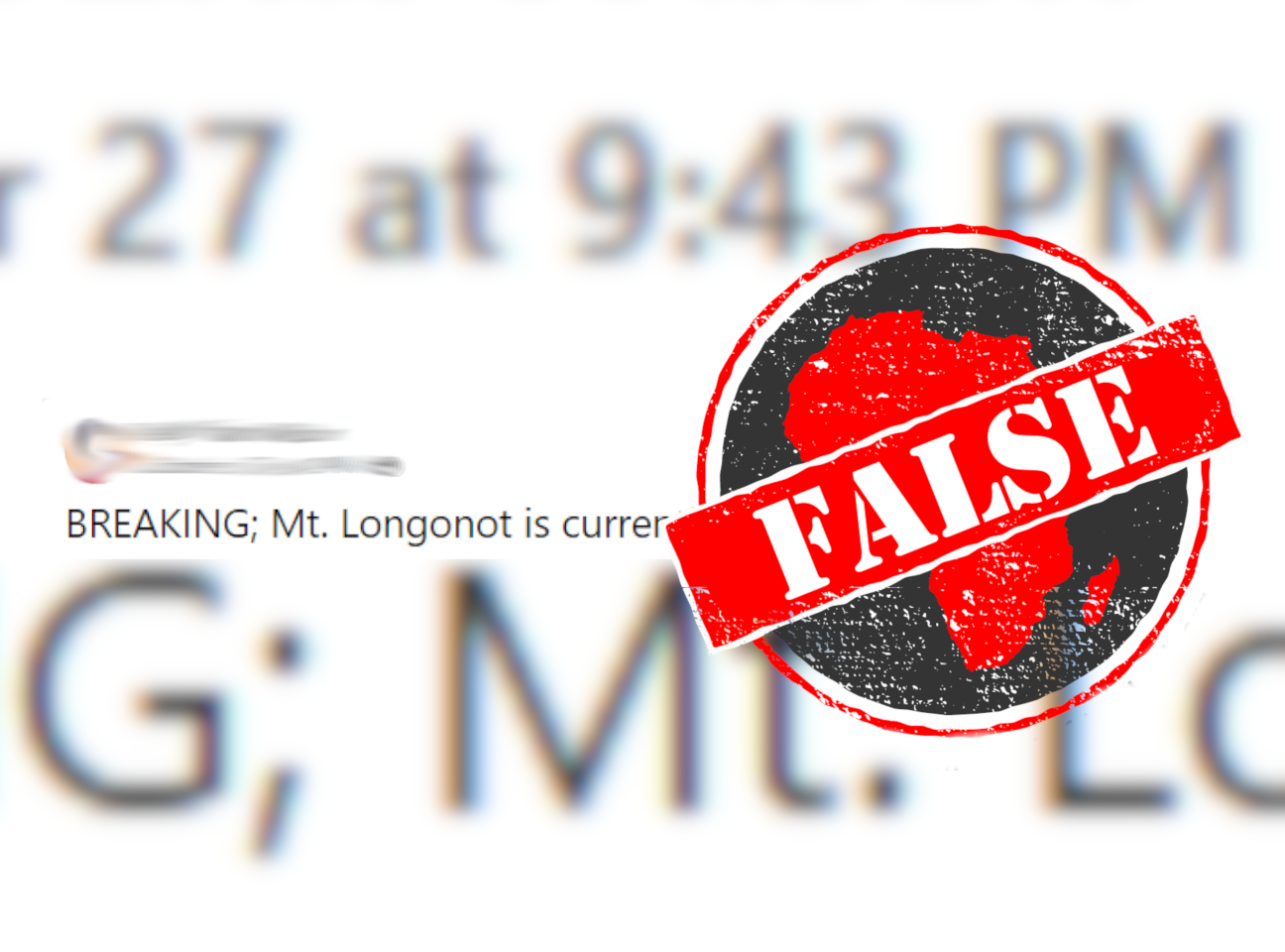 “A fire outbreak on the southern side of Mt. Longonot N. Park reported on October 27, 2022, has been put out,” the statement reads.

KWS says the park is safe to visit.

The last eruption of Mount Longonot was in 1863.