In the photo Odinga and others are sitting listening to a man in a blue suit who looks a little like Wine.

The 11 January post is mocking Odinga, who has run for president four times and lost. It is captioned: “Earlier today when the Chief Opposition Leader of Kenya Raila Odinga hosted People’s Power presidential candidate Bobi Wine at his home Bondo, Siaya Kenya. Losers will always dine together. #Museveni2021.”

The photo was posted as the election campaign in Uganda was entering its final days, ahead of the 14 January polls.

Wine taking time out during this busy period to visit a neighbouring country would have been widely covered in the press, but it was not. And there’s no mention of such a meeting on Wine’s Twitter timeline.

So does the photo really show Wine visiting Odinga? 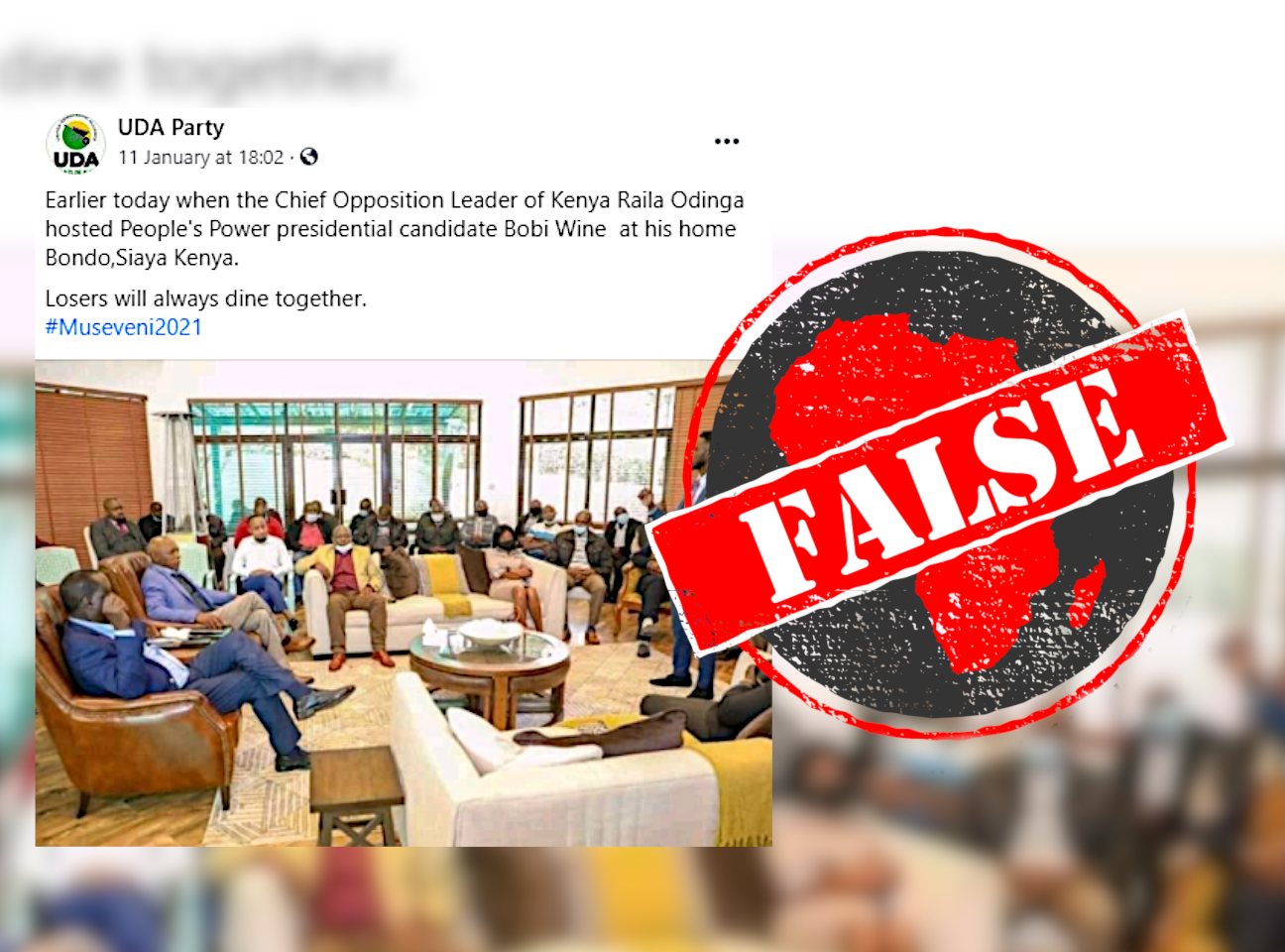 On 11 January Odinga tweeted on his verified Twitter account that he had hosted “Team One Nation” at his home. The photo was one of four posted in the tweet.

He wrote: “Team One Nation, comprised of Kenyans from different communities and walks of life have pledged to play a leading role as we unite our country. I was pleased to host them at home this morning.”

Team One Nation, comprised of Kenyans from different communities and walks of life have pledged to play a leading role as we unite our country. I was pleased to host them at home this morning. pic.twitter.com/xTWj2gwhOc

The group promised to campaign for the Building Bridges Initiative, a national unity drive aimed at tackling political, social, ethnic, and economic divisions in Kenya.

A caption to a video on a mainstream media platform and a news story noted that the meeting was held at Odinga’s home in Nairobi’s Karen neighbourhood, not in rural Bondo.

We found a video showing Odinga addressing the press after the meeting which allowed us to take a closer look at his visitors.

In the video the speaker from the Facebook photo introduces himself as Stanley Muthengi, the national coordinator for Team One Nation. Bobi Wine was not at the meeting at Odinga’s house in Nairobi, Kenya.