The Kenyan general elections may only be scheduled for August 2022 but campaigning is already picking up pace across the country and with it hints at political kingmaking.

After concluding a tour of the central Kenya region, opposition leader Raila Odinga appeared at a 22 October 2021 fundraiser in Nyamira county. Interior minister Fred Matiang’i was with him.

Shortly after, a screenshot of what appears to be the headline to a Nation Africa article spread across social media.

The headline reads: “Raila Odinga hints at picking Interior CS as his running mate while indicating frustrations and insincerity from some Mt. Kenya leaders.”

Odinga has not announced who his deputy would be if his presidential bid was successful. But the headline gives the impression that he has given up on support from the central Kenya region, referred to as Mt Kenya.

But is the screenshot of a real article? We checked. 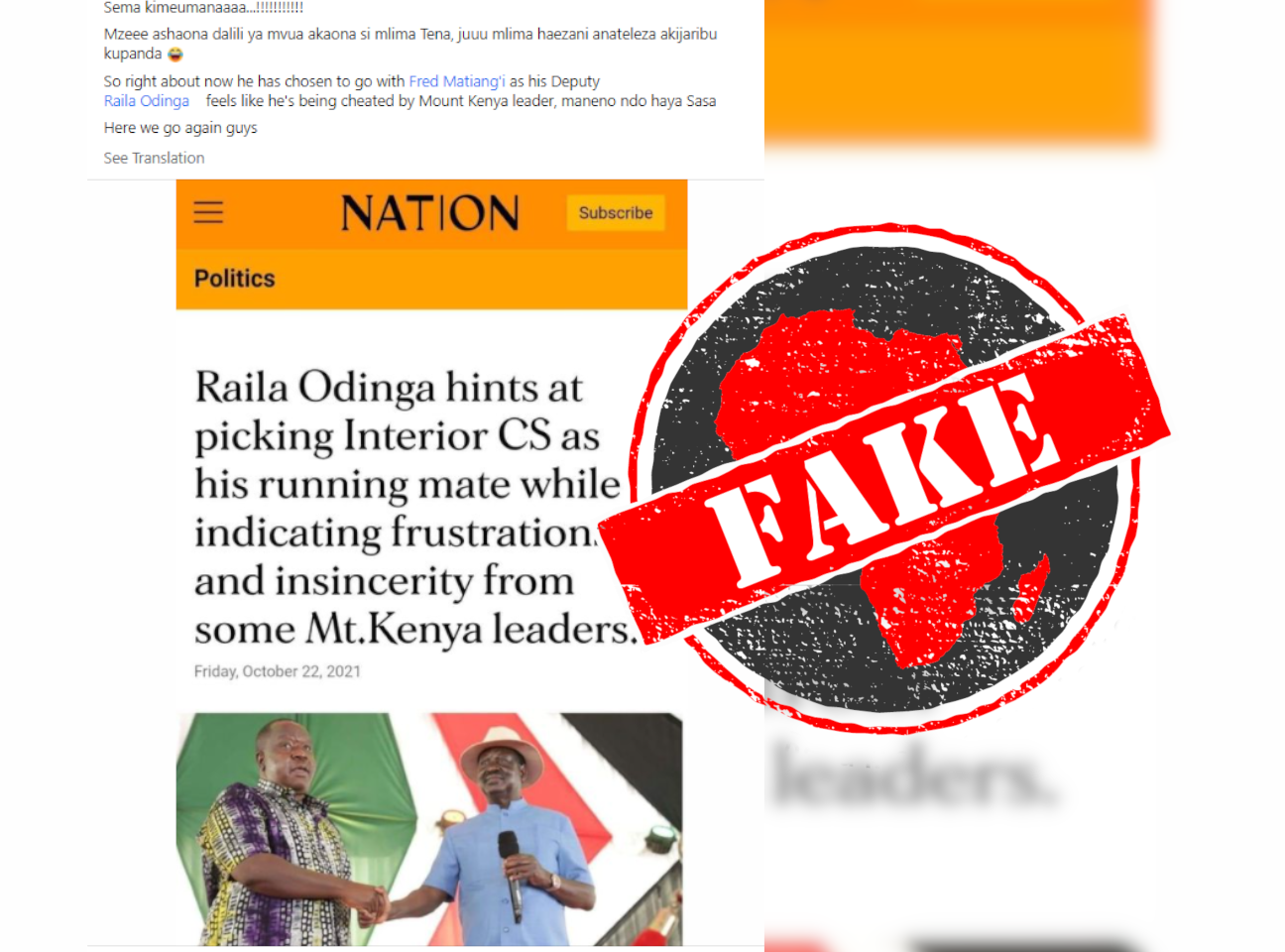 There are clues in the screenshot that led us to the original article.

Underneath the headline is the date 22 October 2021 and a photo of Odinga and Matiang’i.

We found the original article on the Nation Africa website but under the headline “Raila Odinga, Fred Matiang'i vow to work together”.

The article does not mention central Kenyan politics or that Odinga has “hinted” Matiang’i is his preferred running mate.

Nation Africa also posted a graphic of the genuine and fake headlines on Facebook with the caption: “Please be advised that the headline doing rounds on social media is fake. Do not fall for fake news.”