No, Kenya’s teacher employer has not banned teachers from electoral commission jobs

An article posted on Facebook claims that Kenya’s Teachers Service Commission (TSC), which employs teachers across the country, has banned teachers from taking on Kenyan electoral commission jobs.

The link and the 21 June 2022 article shows a photo of the commission’s head, Dr Nancy Macharia, and the headline: “TSC Bans All Teachers From Taking Part in IEBC Jobs, Warns School Heads Against Issuing Permissions.”

It was published just weeks after the Independent Electoral and Boundaries Commission (IEBC) advertised over 400,000 short-term jobs for the country’s 9 August 2022 general election.

According to the article, the measure was taken by the TSC to stop teachers from being absent from school during interviews and training which will take place during the school day.

The article claims that the teachers’ employer communicated the new developments to school heads through sub-county directors.

It also says “teachers who will participate in the exercise will be considered as absconding duty and be dealt with according to the law”.

But has the commission banned teachers from taking jobs with the IEBC? We checked. 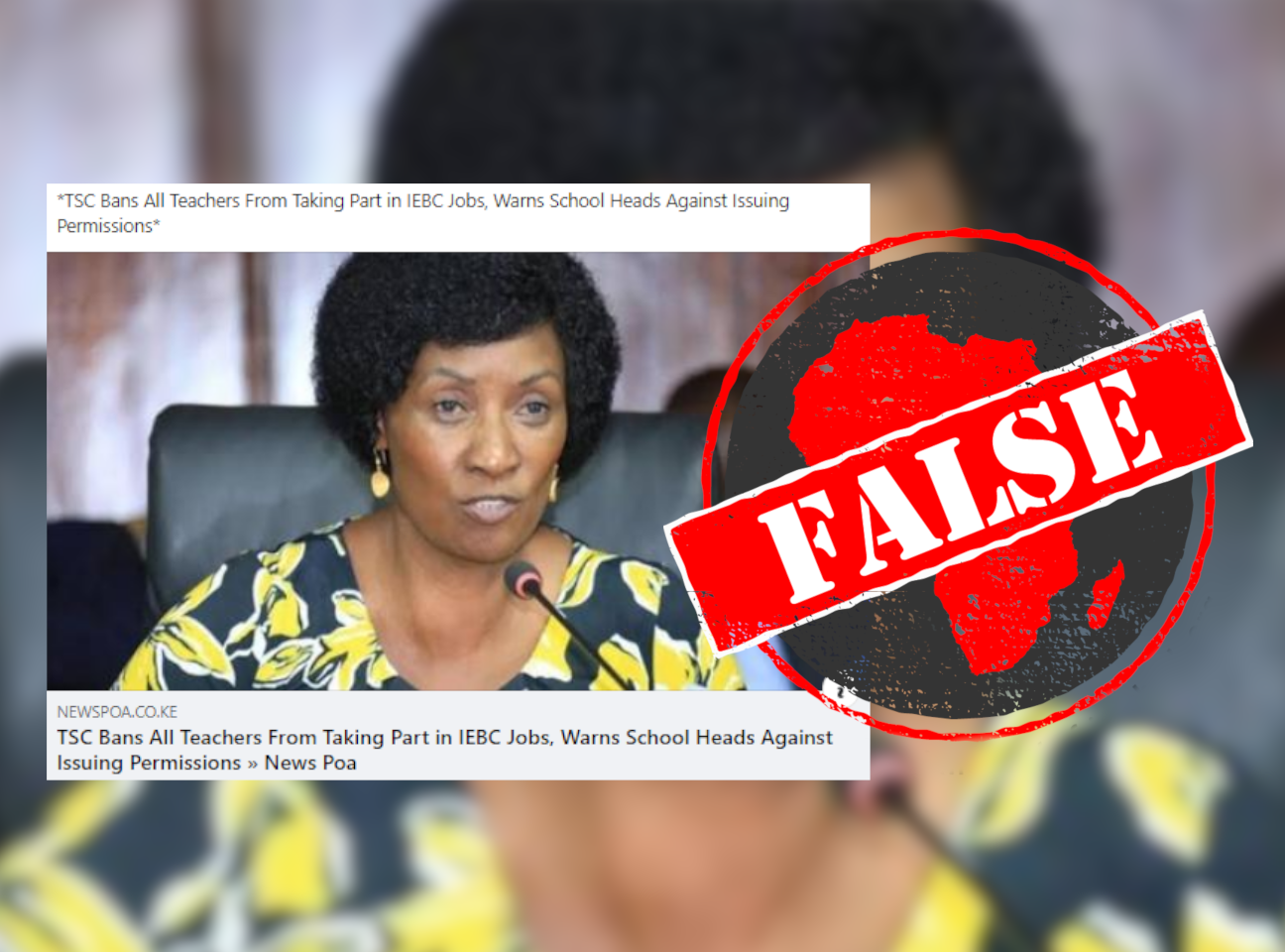 Treat the news ‘with the contempt it deserves’

Such news would have made it to mainstream media. But it has not been published or broadcasted by any credible media outlet in Kenya.

In fact, in 2017 the commission clarified that no law bars teachers from being recruited as poll officials.

The teacher employer took to Facebook on 22 June 2022, stamped the screenshot of the article “fake” and asked teachers to ignore it.

“The attention of the Commission is drawn to this fake news. Treat it with the contempt it deserves,” it posted.