A screenshot of what seems to be a tweet by the KTN News TV channel says the bank account of Juliana Cherera, the vice chair of Kenya’s Independent Electoral and Boundaries Commission (IEBC), has been frozen.

The screenshot started circulating on Facebook in July 2022, as seen here and here.

It claims the freeze came after she received money from the Mombasa county government.

A photo in the supposed tweet shows Mombasa county governor Hassan Joho feeding Cherera cake in what appears to be a celebratory moment.

But did KTN News really tweet that the commissioner’s account had been frozen? This would cast doubt on her impartiality in Kenya’s 2022 elections. So we checked. 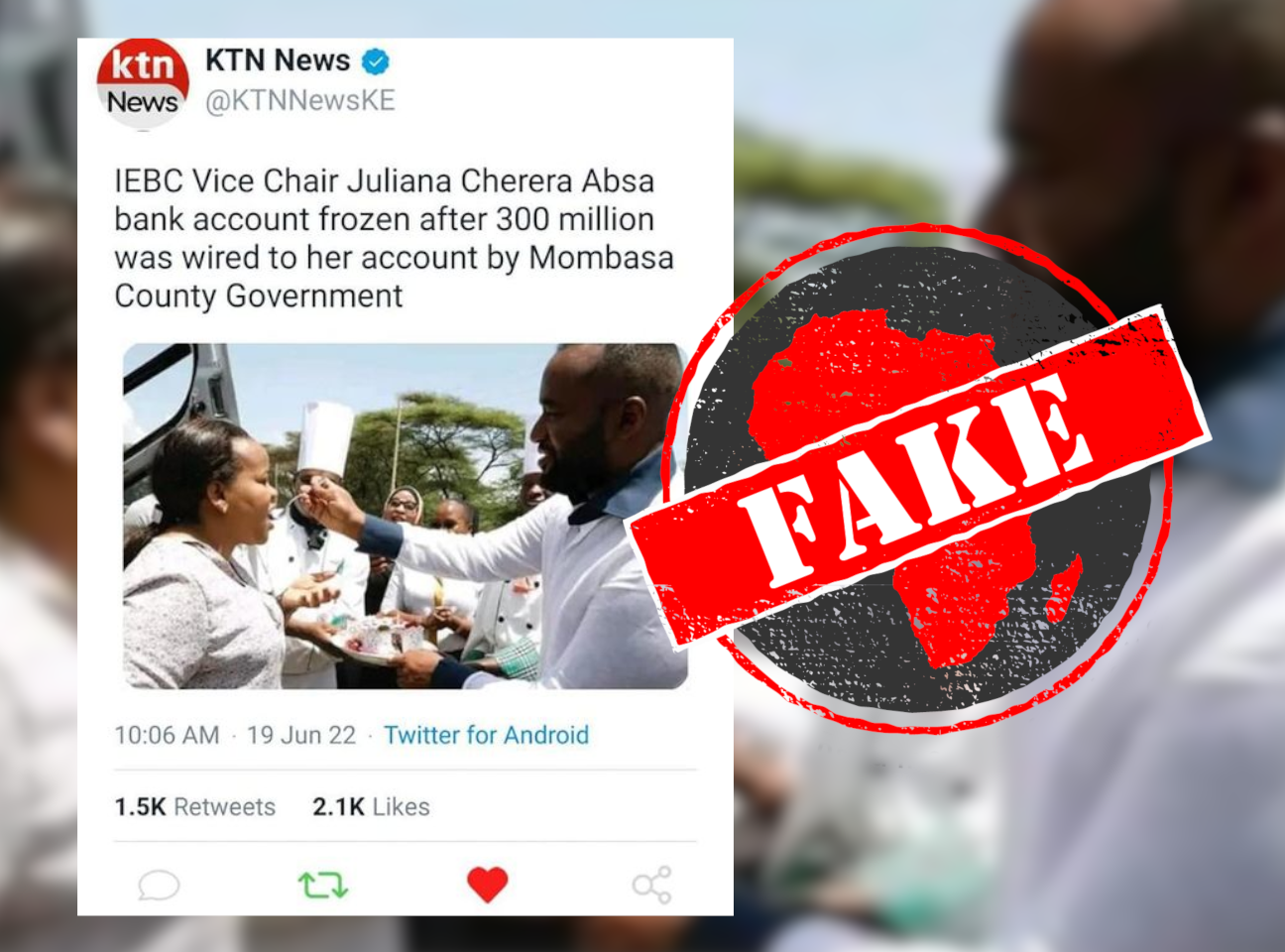 ‘Be cautious NOT to fall for political propaganda’

A Google reverse image search of the photo reveals it was taken almost four years ago.

It was posted on Twitter on 26 August 2018. Here its caption reads: “Surprise birthday cake by #TeamJoho for the lady who holds the team together. Happy Birthday Madame Juliana Cherera, Chief Officer at the Governor's office @MombasaCountyKe.”

Before she became the IEBC’s vice chair, Cherera was chief officer of the Mombasa county government’s strategic delivery unit.

“FAKE NEWS ALERT: This is NOT a genuine post from KTN News. Be cautious NOT to fall for political propaganda and deep fakes during this electioneering season. For GENUINE news updates VERIFY from our accounts @StandardKenya and @KTNNewsKE,” the station wrote.