Massaging the centre of the wrist boosts sperm production, says a Facebook graphic shared over a thousand times.

The graphic has the headline “Sperm count” and an illustration of a thumb at the centre point on a wrist. “Boost your sperm production by massaging this point on your wrist,” text on it reads.

Some of the nearly 600 comments on the post questioned its truthfulness. Does it have any basis in science? 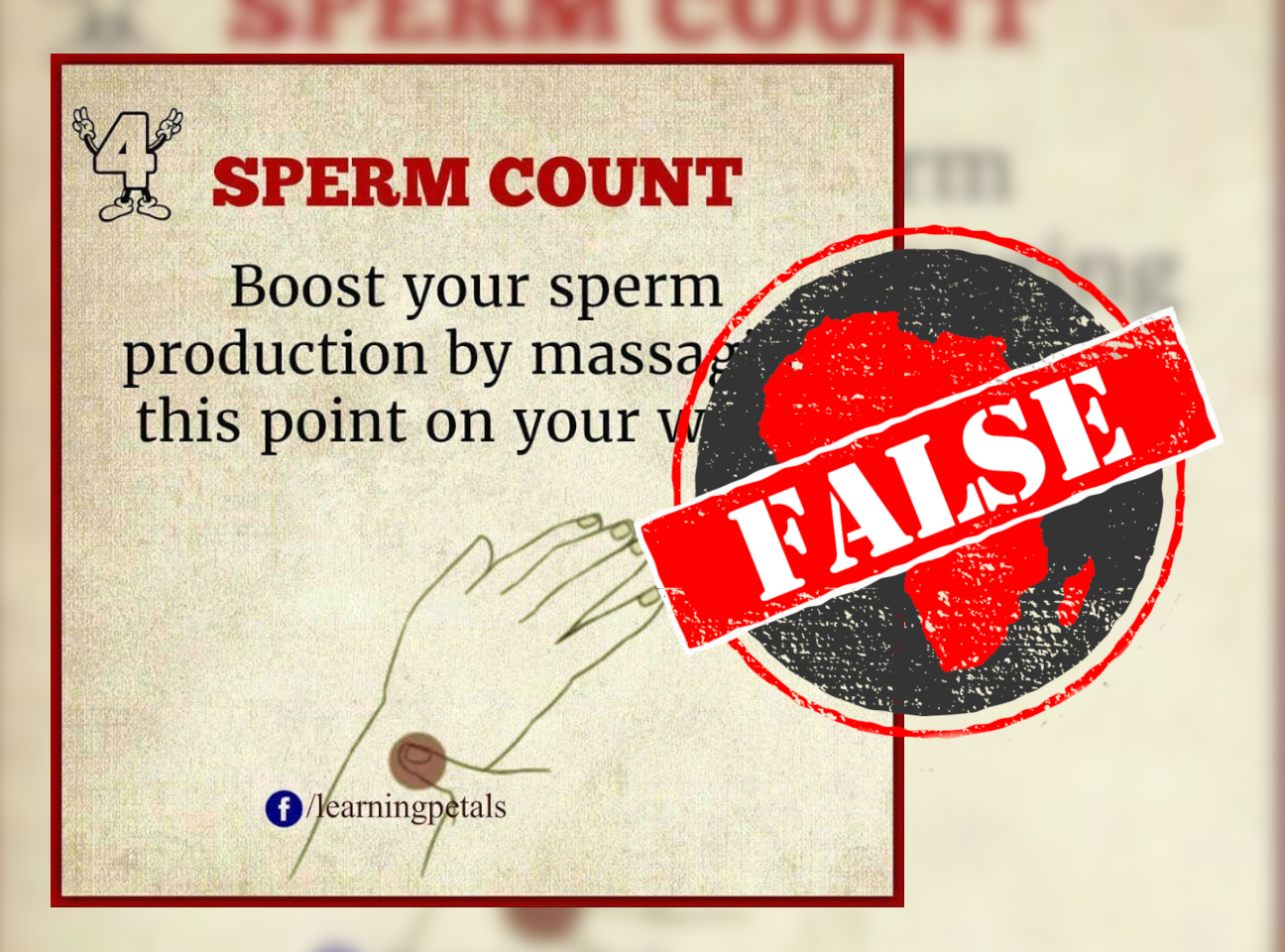 What is low sperm count?

According to Mayo Clinic, a US non-profit medical centre, a man’s sperm count is calculated by examining his semen under a microscope and counting how many sperm cells appear within squares on a grid pattern.

“The claim is ridiculous, I’ve never heard of it in my decades of practice,” Sulyman Kuranga, a professor of urology at the University of Ilorin in north-central Nigeria, told Africa Check.

He said: “There is no scientific proof that any such therapy can increase sperm count. Low sperm count is commonly caused by infections. Once the infections are treated, the man’s sperm production is restored.”

We also found no study linking any wrist massage to increased sperm production.

Africa Check has debunked other similar claims around herbal mixtures and concoctions that supposedly boost sperm production. Like this one, we found no scientific evidence for them and rated them false.