No, military has not overthrown Nigeria’s government or suspended political parties and activities

On Nigeria’s Democracy Day on 12 June 2022, a post on Facebook in Nigeria claimed the Nigerian government had been overthrown and all political parties and activities suspended.

Is any of this true? We checked. 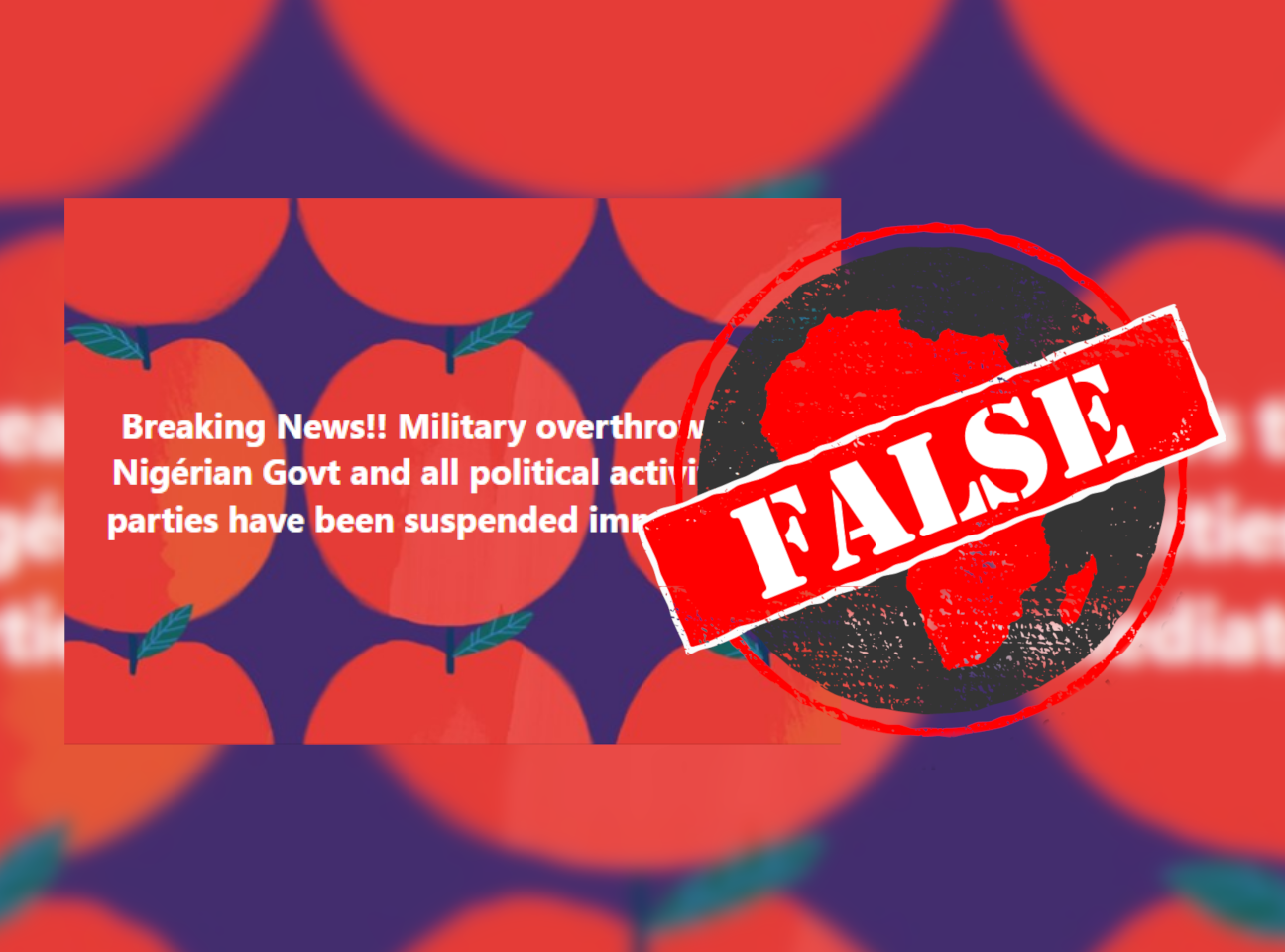 No military coup in Nigeria

In 2018 president Muhammadu Buhari declared 12 June Democracy Day in Nigeria in honour of Moshood Abiola, the winner of the annulled 1993 presidential election.

Buhari’s 12 June 2022 address to Nigerians was televised and reported by local news organisations. This would not have been possible if a coup had taken place.

A search of the Nigerian army’s website and Twitter handle returned no result that the military had staged a coup or taken over the government.

We also looked at the website of the country’s Independent National Electoral Commission and its social media handles. We found no evidence that political parties or activities have been suspended.

And the biggest sign that the statement was fabricated is that there were no reports in Nigeria’s mainstream media or the international press, as you would expect if it were true.

Nigeria transitioned from military to civilian rule in 1999 and since then there have been five successive general elections. The next general elections are scheduled to be held in January and February 2023.