No, Nigerian presidential candidate Bola Tinubu didn’t say he was an ‘Igbo man’

IN SHORT: As the race to the 2023 Nigerian elections speeds up, it’s been reported on social media that ruling party presidential candidate Bola Tinubu – who is well-known to be Yoruba – has said he is “an Igbo man”. But this quote has been made up.

“I am an Igbo man, my father is from Abia state while my mother is from Lagos state, Igbo’s needs me – Tinubu,” reads a Facebook post published on 5 September 2022.

Bola Tinubu is a Nigerian politician and the presidential candidate for the ruling All Progressives Congress. Nigeria is set to hold general elections in February 2023.

The claim was also repeated in other Facebook posts.

But did Tinubu make such a comment? We checked. 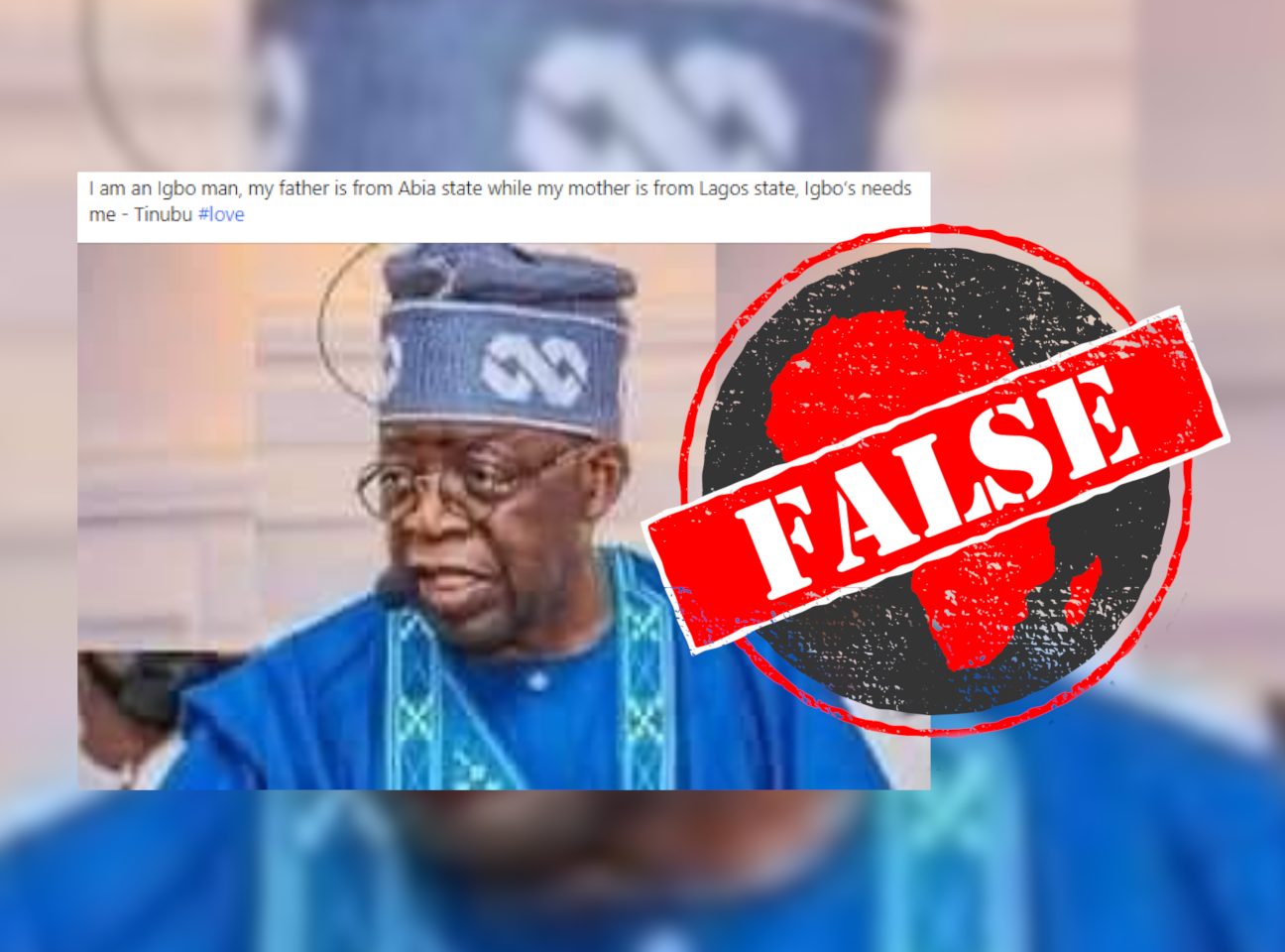 Religion and ethnicity are key factors at election-time in Nigeria and candidates on the campaign trail often try to appeal to voters across different religions and ethnicities. (Read our factsheet on Nigeria’s 2023 elections.)

Tinubu was born in Lagos on 29 March 1952. Not much is known about his father, but his mother, Abibatu Mogaji, was the “Iyaloja of Lagos state”. (Note: Iyaloja means the leader of the market women or “mother of the market”.)

Tinubu served as the 12th governor of Lagos state, between 1999 and 2007. He also represented the Lagos West senatorial district from 1992.

No evidence Tinubu said he was Igbo

The original post doesn’t give details of where or when Tinubu is meant to have made the comment.

There have been no reports in the mainstream media of Tinubu saying anything related to being an “Igbo man”, rather than Yoruba.

If Tinubu had said this it would have been reported by credible news organisations. As it wasn’t, the quote is most likely to have been fabricated.