IN SHORT: Facebook posts quote Iyorchia Ayu, chair of the opposition Peoples Democratic Party, as saying Rivers state governor and PDP member Nyesom Wike isn’t the father of his children. But Ayu quickly took to Twitter to dismiss the posts as false.

“Governor Wike is Not the Biological Father of His Three Kids, He cannot Father a Child,” reads a quote doing the rounds on Facebook in September 2022. It’s attributed to Iyorchia Ayu, chair of Nigeria’s opposition Peoples Democratic Party or PDP.

Nyesom Wike, a member of the PDP, is the governor of Rivers state in southern Nigeria.

The quote is circulating with a 2015 photo of Wike with his wife, justice Eberechi Wike, and their three children. One instance of it has attracted more than 10,000 comments.

There have been reports of rifts between the head of the PDP and governor Wike over who controls the party.

But did Ayu make this statement? We checked. 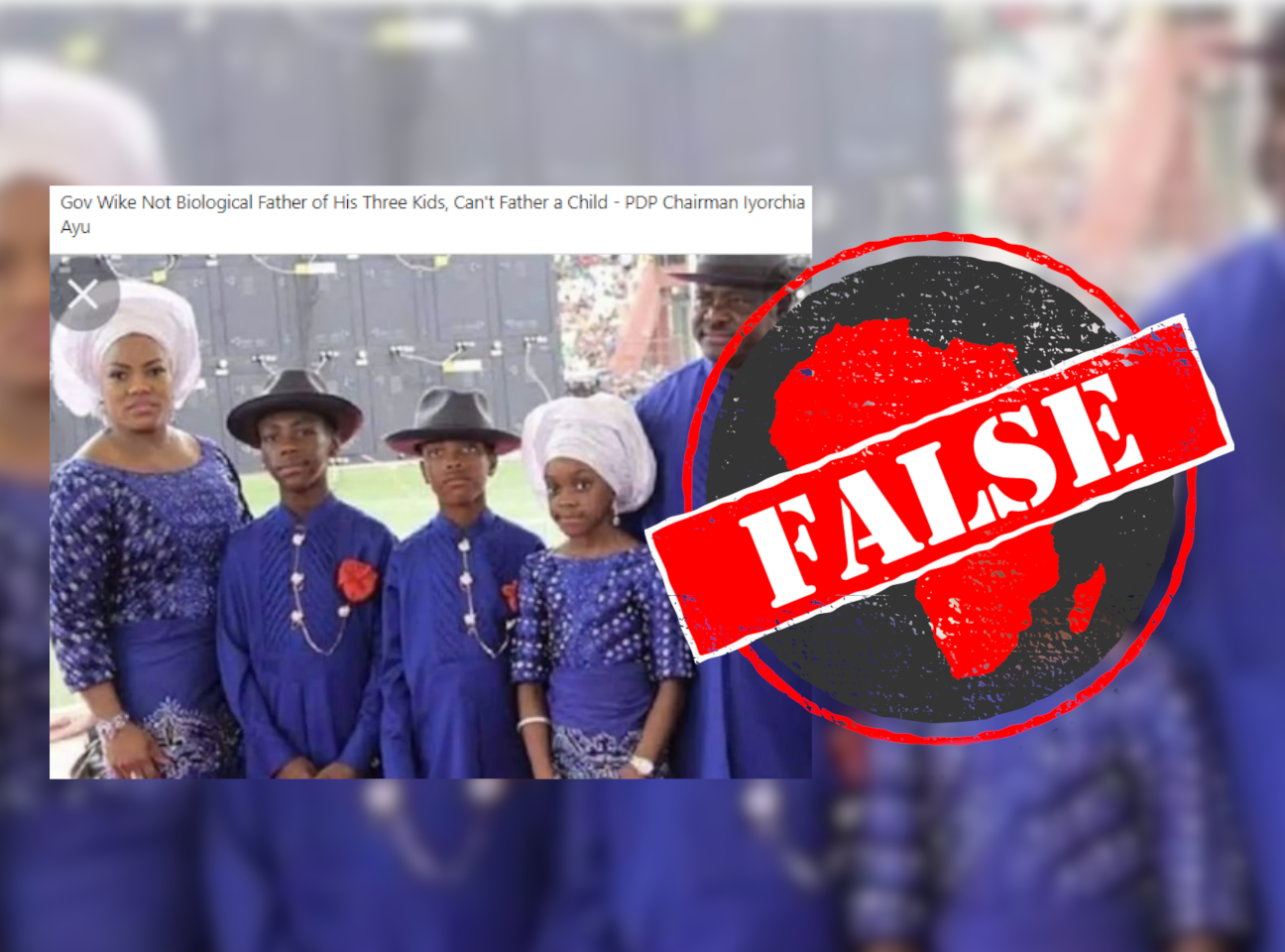 None of the posts with the quote give any details on when or where Ayu supposedly made the statement. There have been no news reports of him saying it. There would have been if he had.

On 3 September, Ayu posted screenshots of the claim on Twitter, where he dismissed it as “completely false.”

He wrote: “I state, categorically and without equivocation, that the posts are completely false. Even the inelegant construction of the posts puts them beneath my personality.”

He added that people spreading the quote were “simply showing their lack of intelligence.” “Nothing can be more diabolical, senseless, and amateurish. Descending so low is neither in my character nor nature,” he wrote.