No, Nigeria’s president Muhammadu Buhari did not order his party’s campaign spokesperson be removed

IN SHORT: A rumour has circulated online that Buhari wants the All Progressives Congress campaign spokesperson sacked. But the presidency – and spokesperson Festus Keyamo – denies it.

A post circulating on Facebook in Nigeria claims that president Muhammadu Buhari has asked that Festus Keyamo be sacked as a campaign spokesperson for the ruling party.

Keyamo, a lawyer and junior minister for labour and employment, is the spokesperson for the All Progressives Congress presidential campaign council. The council is expected to coordinate the ruling party’s campaign activities ahead of the February 2023 election. Campaigning began officially on 28 September 2022.

The claim has been repeated in other Facebook posts, including here and here. Some of the posts link to an article on Sahara Reporters with the headline “Buhari Calls For Keyamo’s Removal As APC Presidential Campaign Spokesperson Over ‘Constant Demarketing Of Administration’”. The article credits the information to a “presidential source”.

But did the president make this controversial call? We checked. 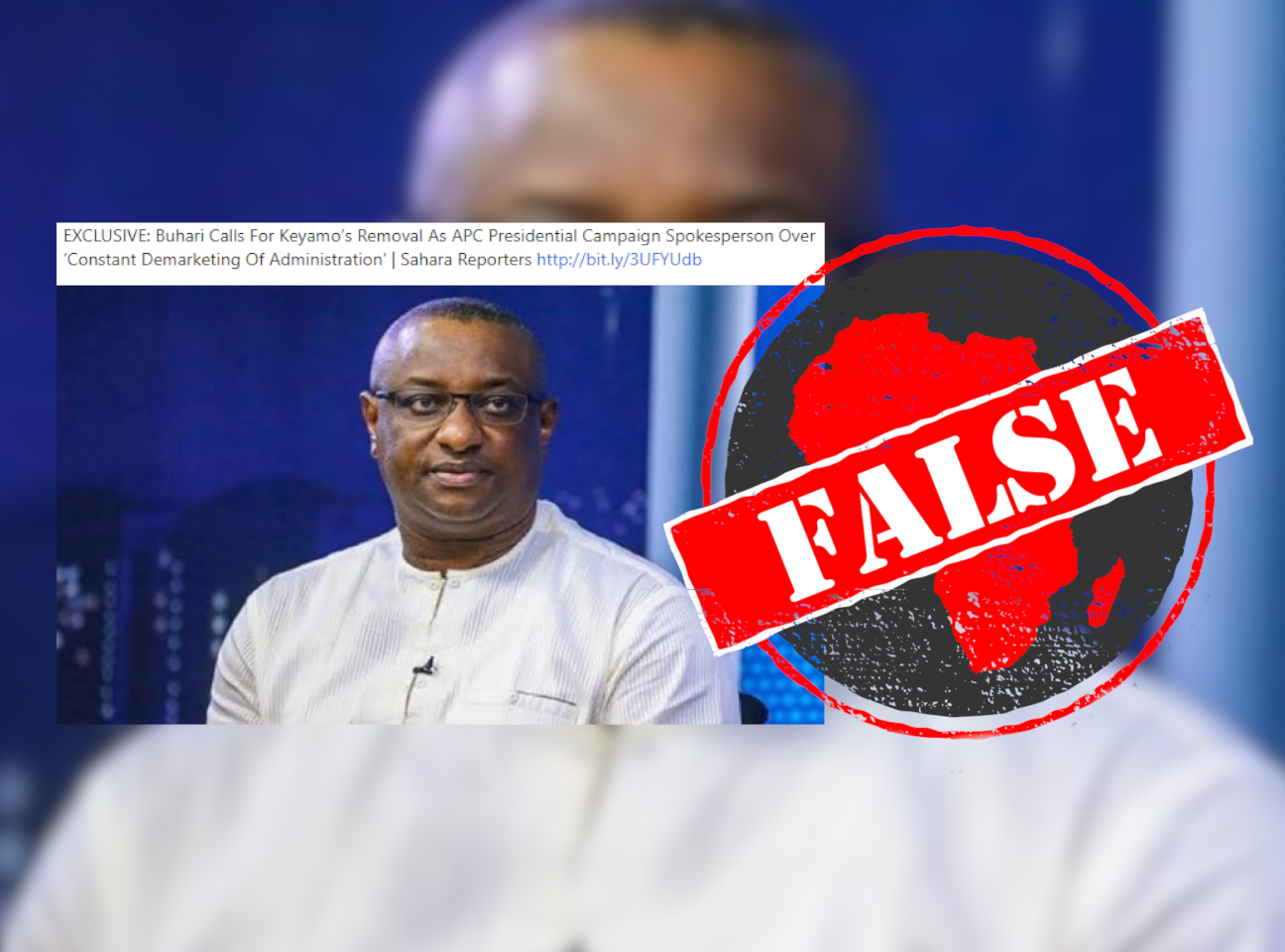 In a statement released to the media and shared on his official Twitter account, the president’s official spokesperson Garba Shehu described the claim as “fake news”.

“The news that President Muhammadu Buhari has called for the removal of Festus Keyamo, SAN as a spokesperson of the APC presidential campaign council is fake news,” Shehu wrote.

“Both president Buhari and the presidential candidate, Asiwaju Bola Ahmed Tinubu are happy with the job Keyamo is doing, and with the general set-up of the impending campaign, which has already become an example for other parties.”

He wrote: “Very funny fake news. When people feel uncomfortable with the uncompromising defence of your mandate, they promote such fake news to achieve a purpose.”