Erias Lukwago, mayor of the capital of Kampala, and Ugandan government spokesperson Ofwono Opondo went at each other hammer and tongs during a conversation over a local parliamentary election won by the ruling party.

In a video of the altercation, posted on 28 July 2022, Lukwago and Opondo continuously interrupt each other. The spokesperson then threatens to have Lukwago thrown out of the interview and stands, before moving menacingly at the mayor, all the while wagging his finger.

The other guests look on bemused as the hapless NBS TV moderator struggles to regain control. The show then goes on an abrupt break.

Opondo has since been summoned by the police while the mayor claimed he was physically assaulted and felt threatened. 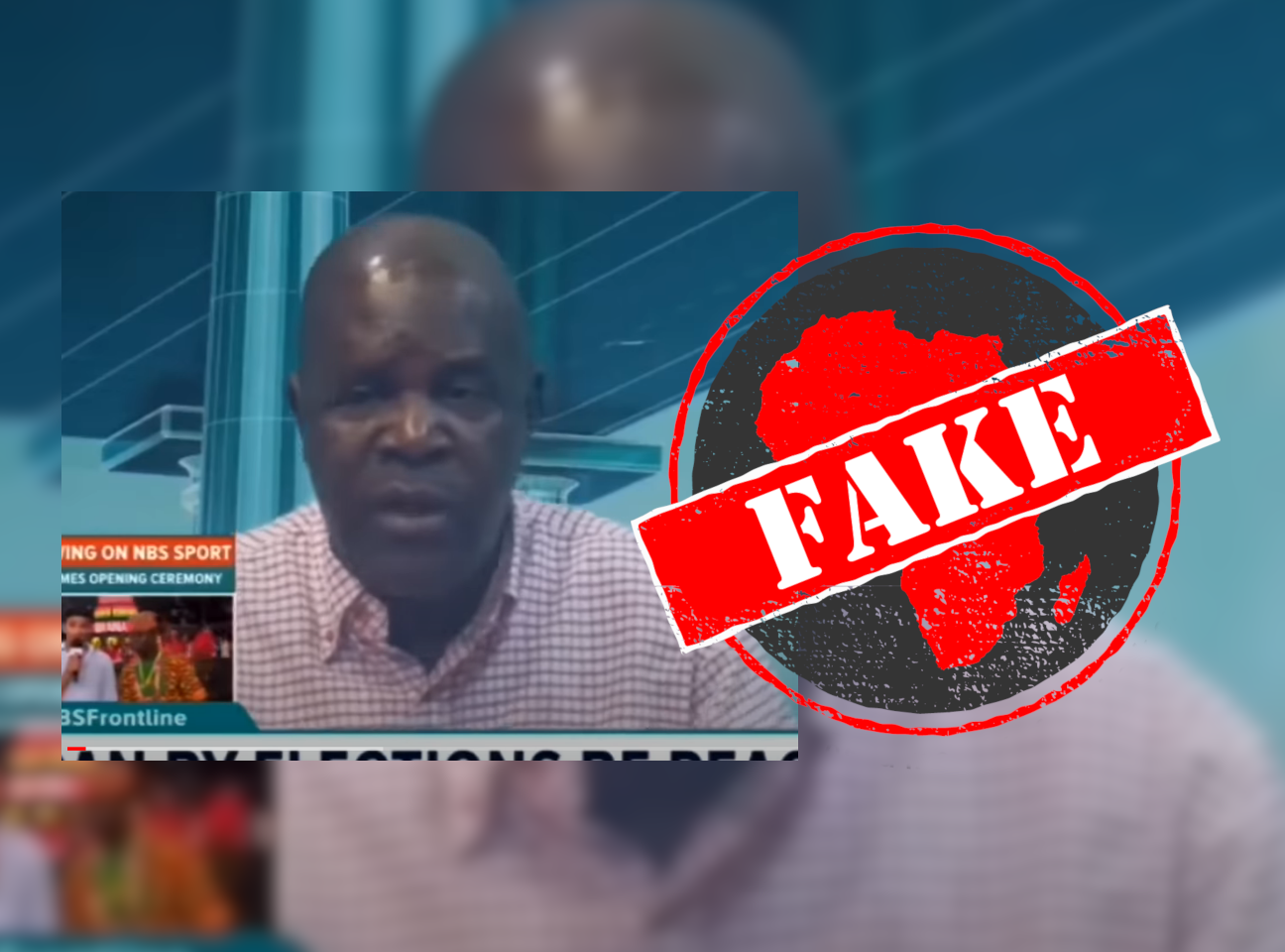 ‘We will chase you out of our TV studios’

Soon after the altercation, a graphic attributing an inflammatory quote to Opondo started circulating on Facebook.

“NO APOLOGY FOR FOOLS,” it begins.

“We no longer have time to apologize to people who don’t appreciate what Government has done for Ugandans in the last 36 years.”

It goes on: “Even if we do what, fools like Lukwago chose not to understand. We will use another approach to preach sense in their empty heads. You pretend to be smart, we will chase you out of our TV studios and we see where you’ll preach your nonsense.”

The ruling National Resistance Movement party has been in power since 1986.

The graphic includes the logo of Nile Post, a Ugandan news site, and a photo of Opondo. It is dated 29 July 2022.

But did the Nile Post report that Opondo said that he would not apologise to Lukwago?

“FAKE NEWS ALERT: This artwork was NOT done by Nile Post as portrayed, and neither was any story attributed to this quote. Please treat it with the contempt it deserves,” NBS said.

The government has said it will come up with rules to guide such talk shows.