Several Facebook users in South Africa have posted an illustration of people in futuristic-looking bubble-shaped cars.

The caption above the illustration reads: “This painting was done by artist Walter Molino in 1962 … and he titled it ‘Life in 2022’!!!”

Did a painting from nearly 60 years ago predict what life would look like in 2022? We checked. 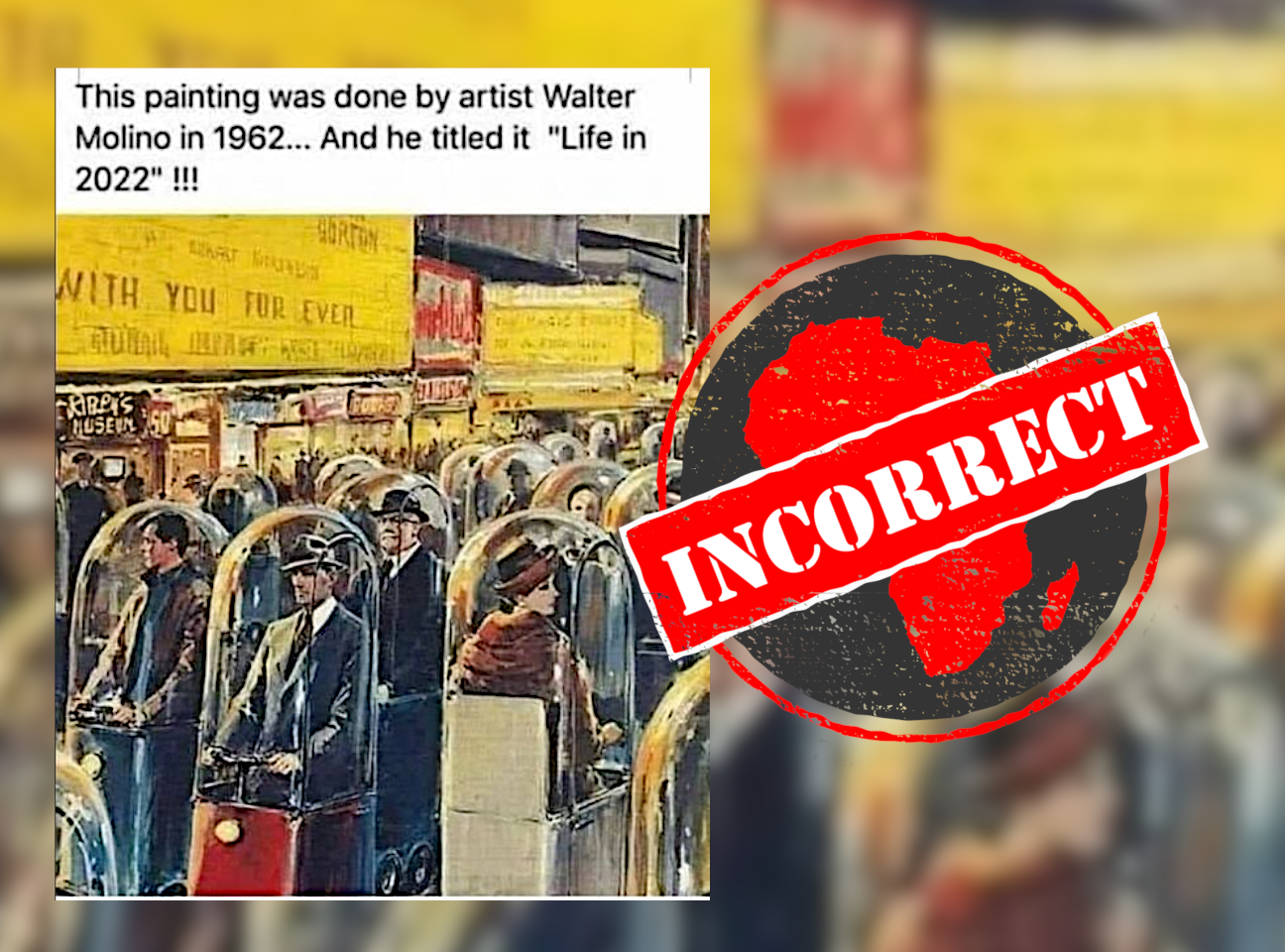 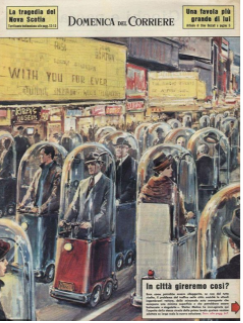 It was painted by Walter Molino, “an Italian comic artist and illustrator, notorious for his sensational cover paintings”, according to Lambiek, a comic shop and art gallery in Amsterdam in the Netherlands.

But there is no evidence it was meant to represent the year 2022 specifically. Instead, Molino was depicting an undated future in New York City  “in which a man goes crazy in a traffic jam”, Tramma said.