A grainy black and white photo posted on Facebook seems to show a woman and a man, seen from behind and their faces not visible, bowing in front of a woman in a pale dress and a man in a dark uniform.

A screenshot of the post has also been widely shared.

But does the photo really show Britain’s Queen Elizabeth II and her husband Prince Philip bowing before Empress Menen Asfaw of Ethiopia and her husband, Emperor Haile Selassie? 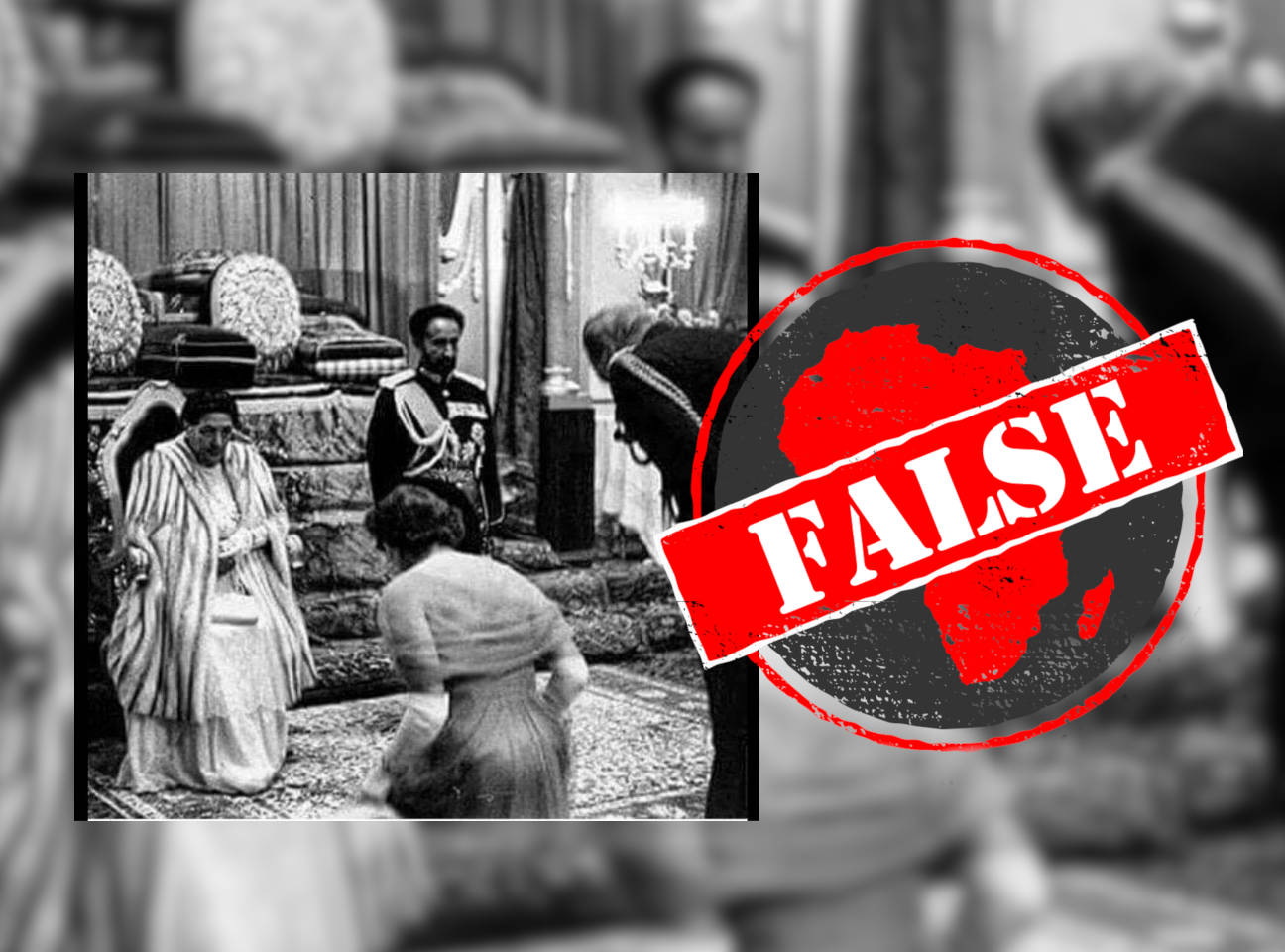 Empress and emperor ‘greeting guests’ in 1955

A reverse image search quickly locates the photo on the Getty Images website.

The caption confirms that the photo shows Asfaw and Selassie. But the other two people are not identified. It reads: “Haile Selassie with his wife greeting guests, Ethiopia, 1955.”

Africa Check looked for articles, videos and photos from credible media about any visit Elizabeth may have made to Ethiopia. We found that she first toured the country in 1965 – 10 years after the photo was taken.

At the time, the visit was extensively covered by global media, including the UK’s Guardian newspaper. The New York Times reported: “Elizabeth flew from London on a four-engine jet for the first formal call on Ethiopia by any British monarch.”

A 2018 article in the Telegraph, with the headline “Pomp, ceremony and Haile Selassie’s pet lions – the most memorable royal tours of Africa”, says the queen’s visit was from 1 to 8 February 1965.

All evidence shows that the first time the royal couple visited Ethiopia was in 1965, 10 years after the photo was taken. The two unidentified people in the image are not Queen Elizabeth II and Prince Phillip.