“Dear LORD GOD. The Merciful one, the creater of All Man Kind,” reads a message posted on Facebook in Kenya on 22 August 2021. “Please Rescue Afghanistan from the hands of the evil men. who are pretending to be spreading the message of Allah, but doing evil killing the young children and women.”

It includes a photo of a man in a vest, a child in his arms, walking down a debris-strewn road. Both are crying, clearly in deep distress.

Afghanistan is a country in south-central Asia. In July 2021 the United States withdrew its troops from the country after a 20-year war there. The war ousted the Taliban, a conservative Islamist political group that ruled Afghanistan from the late 1990s. After the US withdrawal, the Taliban quickly retook the country.

Thousands of people died in the war, and the message is clearly well-intentioned. But is the photo from 2021, and was it taken in Afghanistan? 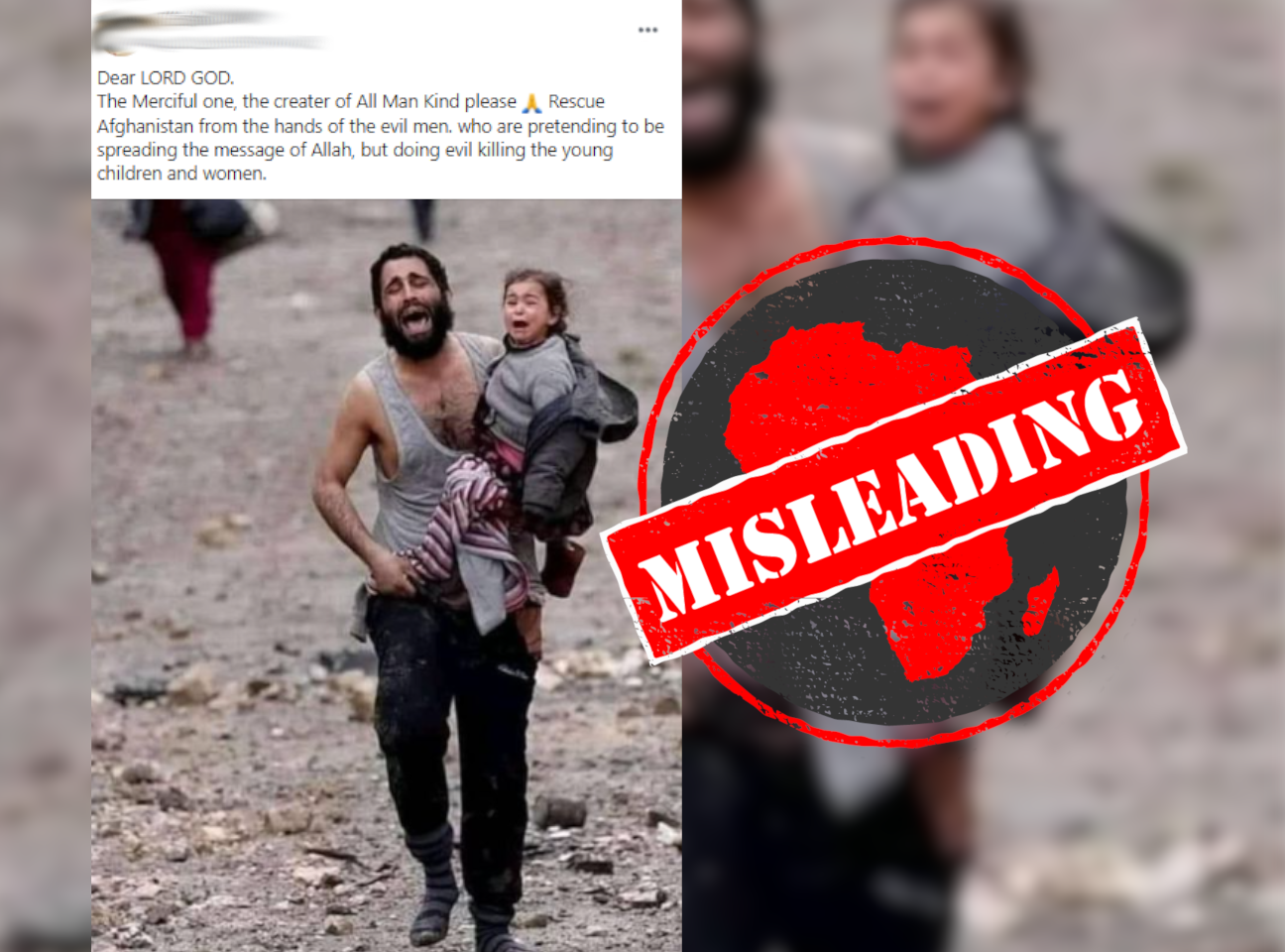 A TinEye reverse image search of the photo, filtered for the oldest version, reveals that it has been online for more than four years.

It was taken in Mosul, a city in western Iraq, in early March 2017. Iraq is a country in southwestern Asia. It lies west of Afghanistan with the country of Iran between them.

The photo appears in a 6 March 2017 article on the New York Post website, headlined: “Families flee as US-backed forces try to push ISIS out of Mosul.” Isis is the Islamic State in Iraq and Syria. The photo is credited to Reuters, a global news agency.

‘The father was so beside himself, so panicked’

We found the photo on the Reuters stock photo website, with a lengthy caption.

“A man cries as he carries his daughter while walking from an Islamic State-controlled part of Mosul towards Iraqi special forces soldiers during a battle in Mosul, Iraq, March 4, 2017,” it reads.

The caption then quotes Goran Tomasevic, the photographer: “Both screaming in terror, a father and the young daughter he cradled in his arm fled through the rubble-strewn streets of Wadi Hajar, transformed in a flash into a battleground between Islamic State fighters and Iraqi special forces. They and their neighbours – some wearing rubber sandals, some barefoot – were running from an IS counter-attack in this part of Mosul, dodging gunfire as the militants closed in.

“When they reached the special forces lines, males were ordered to lift their shirts to prove they weren't suicide bombers. Some had to take off their clothes or show their belts, though not those carrying children. The father was so beside himself, so panicked. It was obvious because he had a short shirt on and was carrying a child that he wasn't Islamic State.”