No, photo of R Kelly released after child support case in 2019 – US musician still in jail awaiting trial for sex crimes

A photo is circulating on Facebook in Kenya, Nigeria, South Africa and Zimbabwe in early June 2021 with the claim that it shows controversial US musician R Kelly – full name Robert Sylveste Kelly – being released from jail. Kelly has been in custody for federal sex crime charges.

The photo shows Kelly and another man walking out of a facility with a high fence topped with barbed wire.

“R Kelly out of jail,” reads one caption to the photo, posted on 6 June.

“R-Kelly is out on parole 🤔I wonder What song will he compose for us,” reads another, from 3 June.

R Kelly has been in jail since July 2019, awaiting trial. The trial was scheduled to begin in April 2020 but was then pushed to October of that year. A new trial date has been set for 13 September 2021.

But does the photo show the Grammy Award-winner being released from jail in June 2021? We checked. 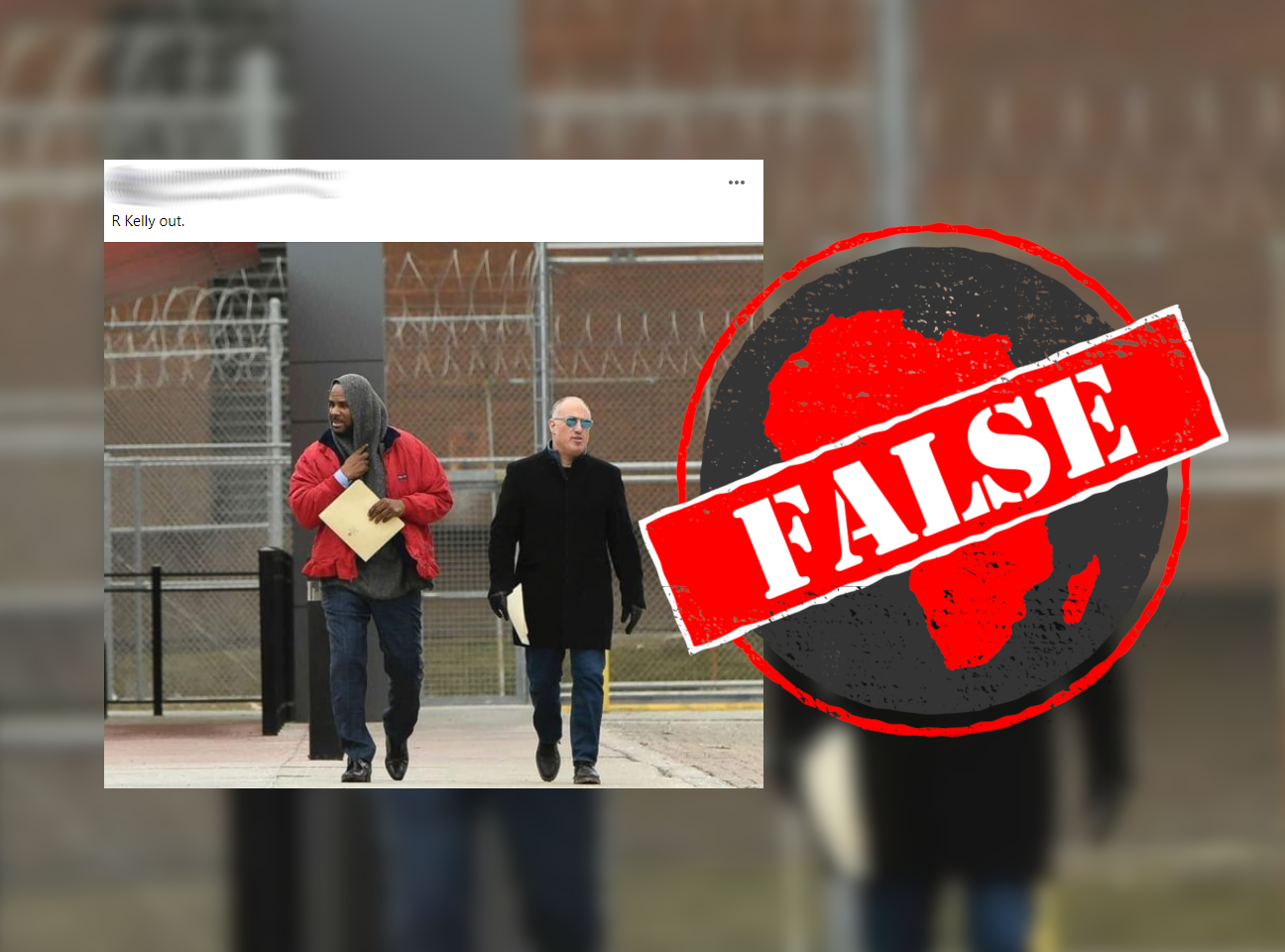 Jailed for not paying child support

A Google reverse image search of the photo reveals that it is more than two years old. It was taken in March 2019 by Associated Press journalist Paul Beaty.

It can be found on the AP Images website. It’s captioned: “Singer R. Kelly left, walks with his attorney Steve Greenberg right, after being released from Cook County Jail, March 9, 2019, in Chicago. Kelly was freed three days after a judge ordered him jailed until he paid the total amount of back child support that he owed. ”

Through the “Find an inmate” section of the Federal Bureau of Prisons database, we were able to trace a black male inmate with the name Robert Sylveste Kelly at the Metropolitan Correctional Center in Chicago.

On 23 June 2021, US TV network CNN quoted Kelly’s lawyers as saying the singer had been moved from the Chicago jail to a New York jail.