A black and white photo of four men and a woman dancing is doing the rounds on Facebook.

Another caption reads: “So when baba was fighting for democracy in 1991,Dp Ruto was busy dancing in the Statehouse.Very sad.”

“Baba”, Kiswahili for “father”, is an affectionate name for Raila Odinga, leader of the Orange Democratic Movement.

Ruto and Odinga are running for the presidency in Kenya’s upcoming elections, set for 9 August 2022.

But does the photo show Ruto and Mudavadi dancing at State House in 1991 or 1992 while Odinga was fighting for democracy? We checked. 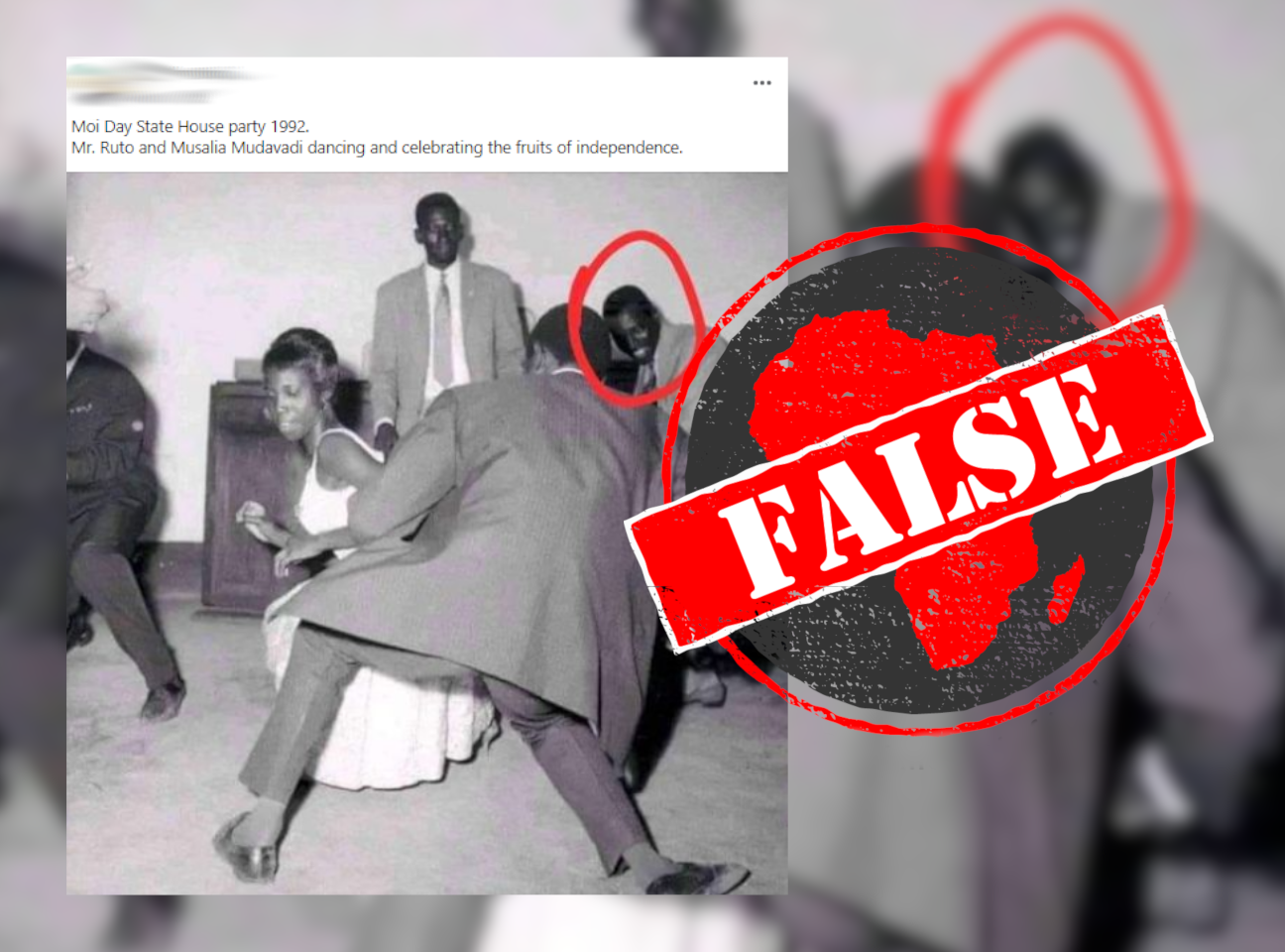 A reverse image search reveals that the photo was taken by Malick Sidibé, described by a photography website as an influential African photographer from Mali. He died in 2016.

It also appears on the Coeval Magazine website, which describes itself as a “new era encyclopaedia”, with the same caption.

We have found no instance where the photo is said to show Kenyan politicians.

As for Odinga, he was 20 years old and was probably in school, having been born in 1945. According to Britannica, Odinga earned “a master’s degree in mechanical engineering in East Germany in 1970” and was politically active “in the 1970s and ’80s”.