No, photos of plane on truck snapped in Nigeria, not Uganda

Two photos posted on Facebook on 13 July 2021 show a large object covered with fabric on a flatbed truck parked on the side of a road.

“Uganda airlines pilot has abandoned the plane after a traffic officer asked him for a driving permit,” the caption reads.

The photos were posted on a page with more than 200,000 followers. But what do they really show? 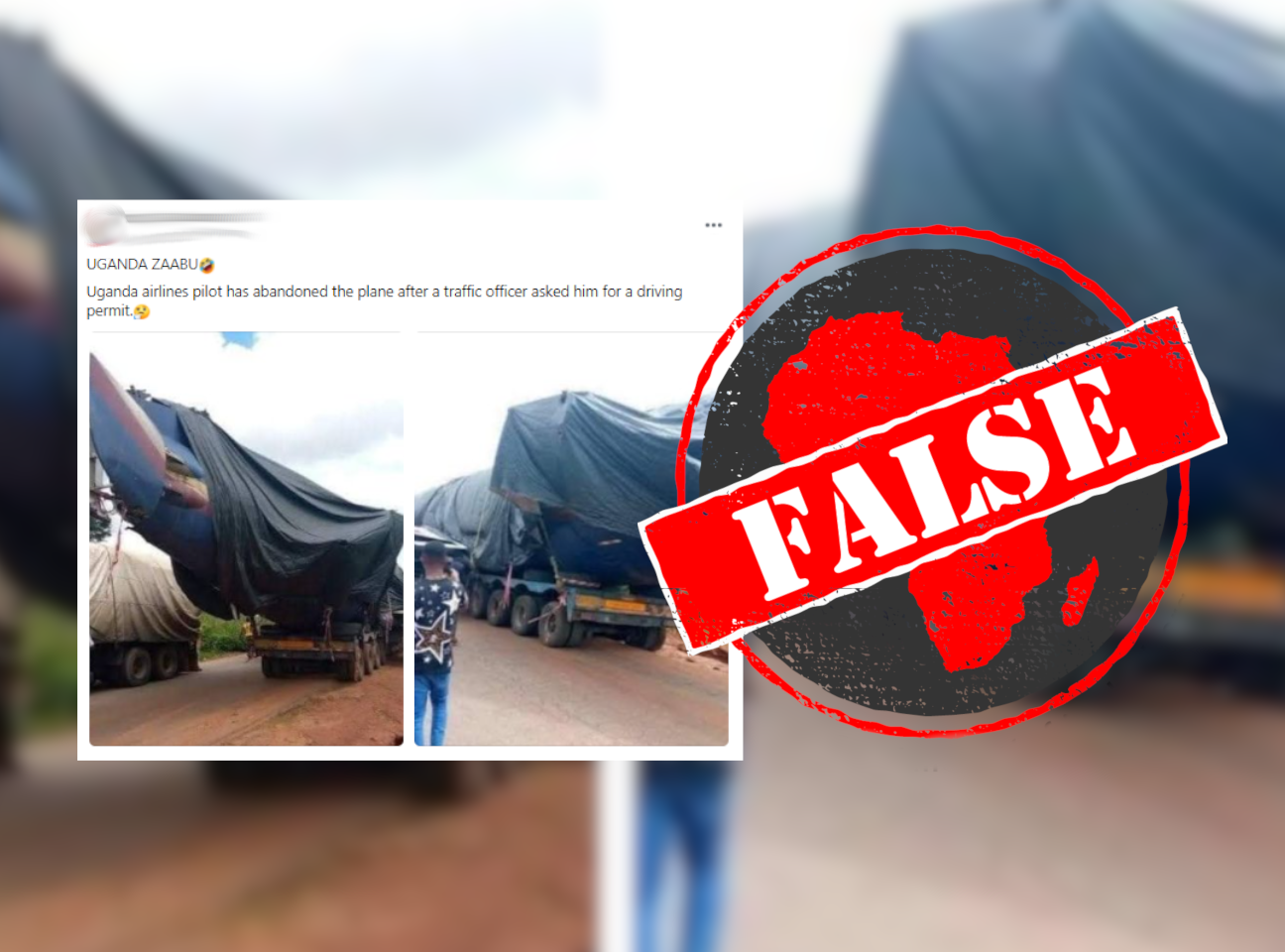 Wingless plane being transported from Lagos to Abuja

A Google reverse image search of the photos reveals that they started circulating online in Nigeria in October 2020.

We found a YouTube video uploaded on 17 October 2020, which shows a truck carrying a plane in Nigeria’s Edo state. The Nairaland Forum and Coolval.com discussion websites also posted similar videos and photos, on the same day.

The plane, which “had its wings cut off”, was being transported from Lagos to Abuja, according to Coolval.com.