A post shared on Facebook in Nigeria lists 19 names it says are members of the All Progressive Congress (APC) presidential campaign council for the country’s 2023 general elections.

We found similar claims on Facebook here, here and here.

Did the APC publish a list of its presidential campaign council that excludes high profile figures? We checked. 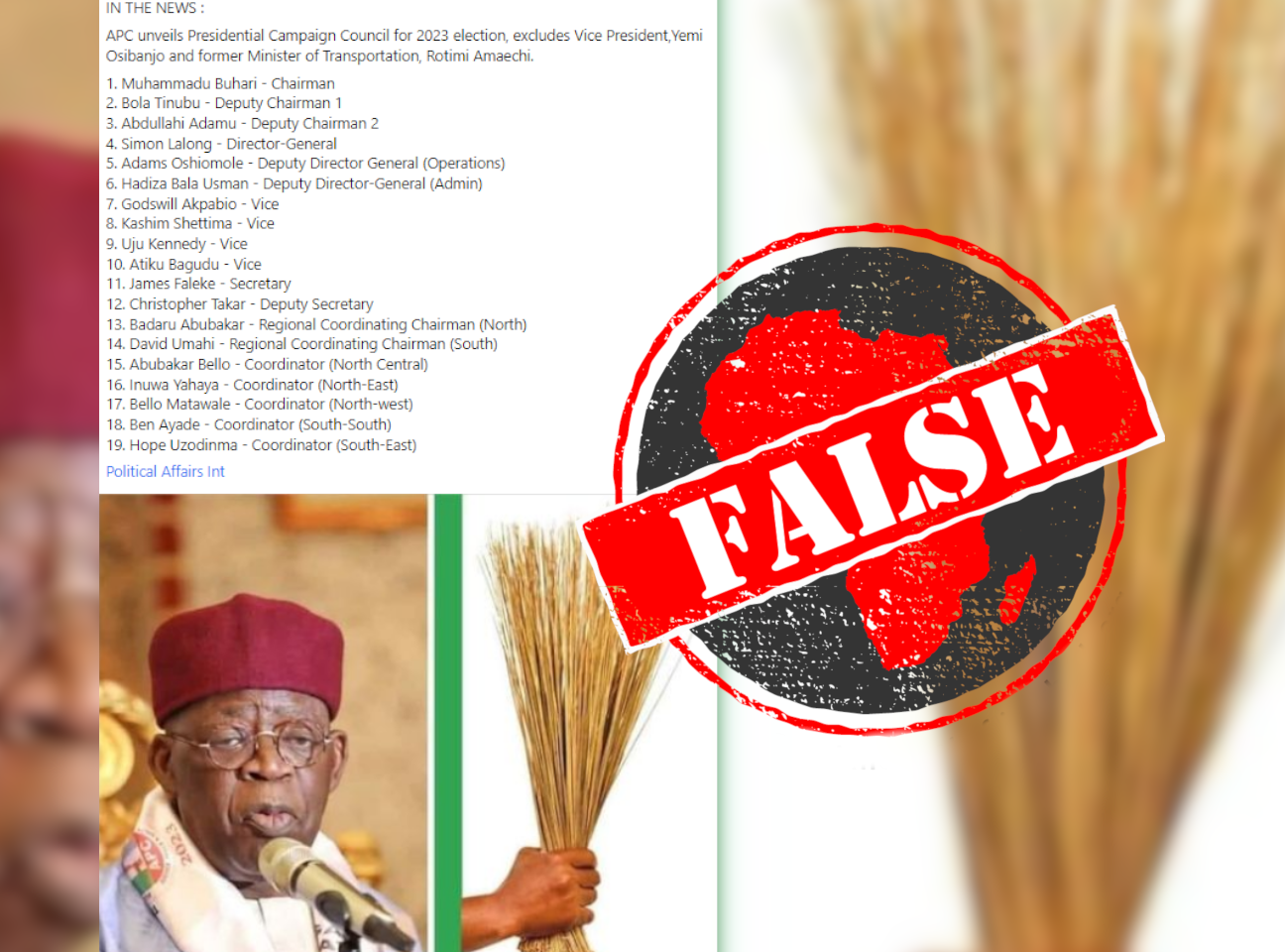 No credible Nigerian news outlets have reported it. If Nigeria’s ruling party had put out such a list it would have been in the headlines.

It was reported by a local news outlet that the director of media and publicity of the council said the list making the rounds on social media was not authorised. The director urged the public to disregard it.

According to the timetable released by the Independent National Electoral Commission, the presidential campaigns do not start before 28 September 2022.