No, queen Elizabeth’s corgis won’t be buried alive with her

IN SHORT: Queen Elizabeth’s two remaining corgis will live with the duke and duchess of York on the Windsor estate. The dogs won’t be buried with the queen.

News of the death of queen Elizabeth II, Britain’s longest-serving monarch, has dominated headlines across the world.

Elizabeth was known for her love of dogs, especially her Pembroke Welsh corgis.

But a rumour on Facebook is that the queen’s corgis will be “buried alive” with her. One post reads: “DARK SEND OFF? Queen Elizabeth's Corgis Prepare to Be Buried Alive With Her.”

Other posts include a screenshot of a tweet that reads: “Cute! Queen Elizabeth’s corgis prepare to be buried alive with her.”

The screenshot has a link to an article on the website Reductress, which has the same headline.

But will Elizabeth’s corgis be buried alive with her?  We checked. 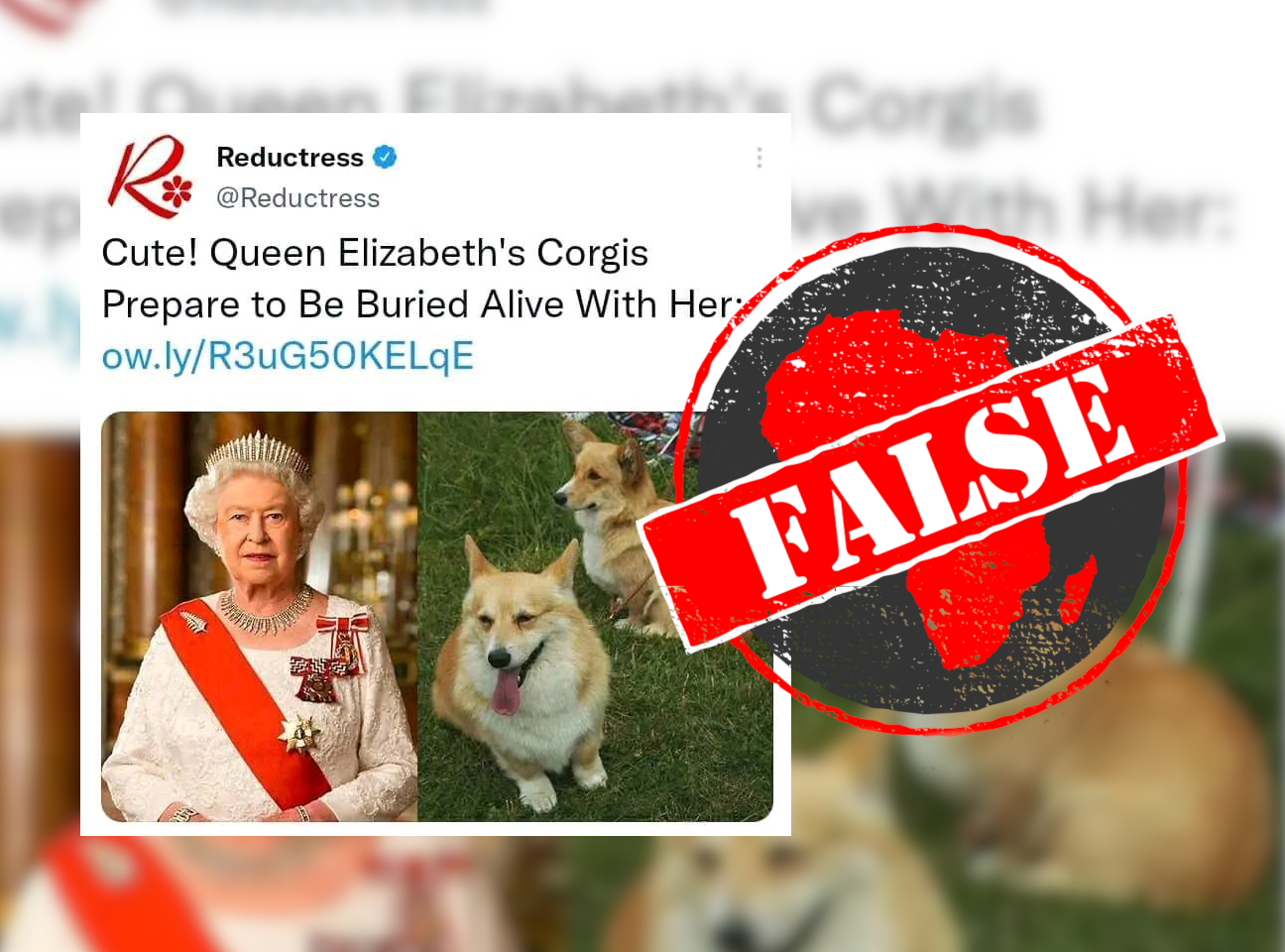 A lifelong love of corgis

According to the BBC, the fascination with the breed started in 1933 when Elizabeth, aged seven, wanted a corgi because a friend had one. She was given her first corgi, Susan, on her 18th birthday. Susan lived for almost 15 years, and Elizabeth went on to own 30 of the dog’s descendants.

The BBC has developed a family tree of Elizabeth’s corgis – and dorgis, a mix of dachshund and corgi. 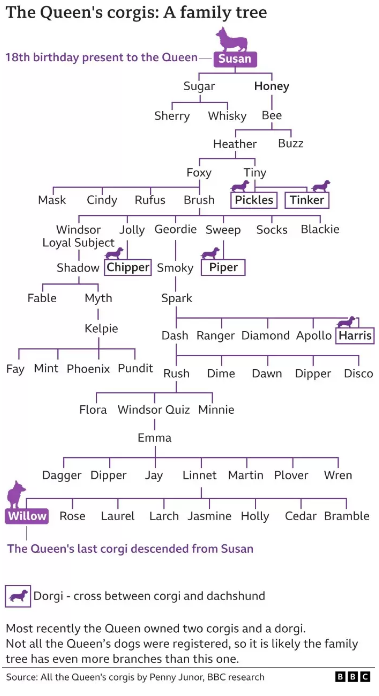 At her death, Elizabeth owned two corgis, a cocker spaniel and a dorgi.

There are several news reports that the two corgis will live with the duke and duchess of York, Andrew and Sarah, who live at the Royal Lodge on the Windsor estate.

It has not yet been decided who will take care of the cocker spaniel and dorgi.

There is no evidence that the corgis will be buried with the queen.