No, quote on Arror and Kimwarer scandal not by Kenyan prosecutions director Haji

A message circulating on Facebook quotes Noordin Haji, Kenya’s director of public prosecutions (DPP), as weighing in on the corruption scandal involving the construction of the Arror and Kimwarer dams.

It suggests that Haji has cleared deputy president William Ruto of any involvement in the scandal.

“The president was the one who signed Arror and Kimwarer funds from the treasury not the deputy president,” the quote reads. “The DP has no authority to sign funds from treasury. We should not politisize corruption in the name of healing Political scars!”

In 2019, Haji ordered the arrest of then-treasury cabinet secretary Henry Rotich, alongside 27 others, over the loss of billions meant for the dams’ construction.

Local media reported that Rotich and other senior officials were charged with conspiracy to defraud the government of more than KSh63 billion.

Ruto’s comment at the time, that only KSh7 billion was in question, quickly sparked a political furore.

But did the DPP really make this statement, letting Ruto off the hook? 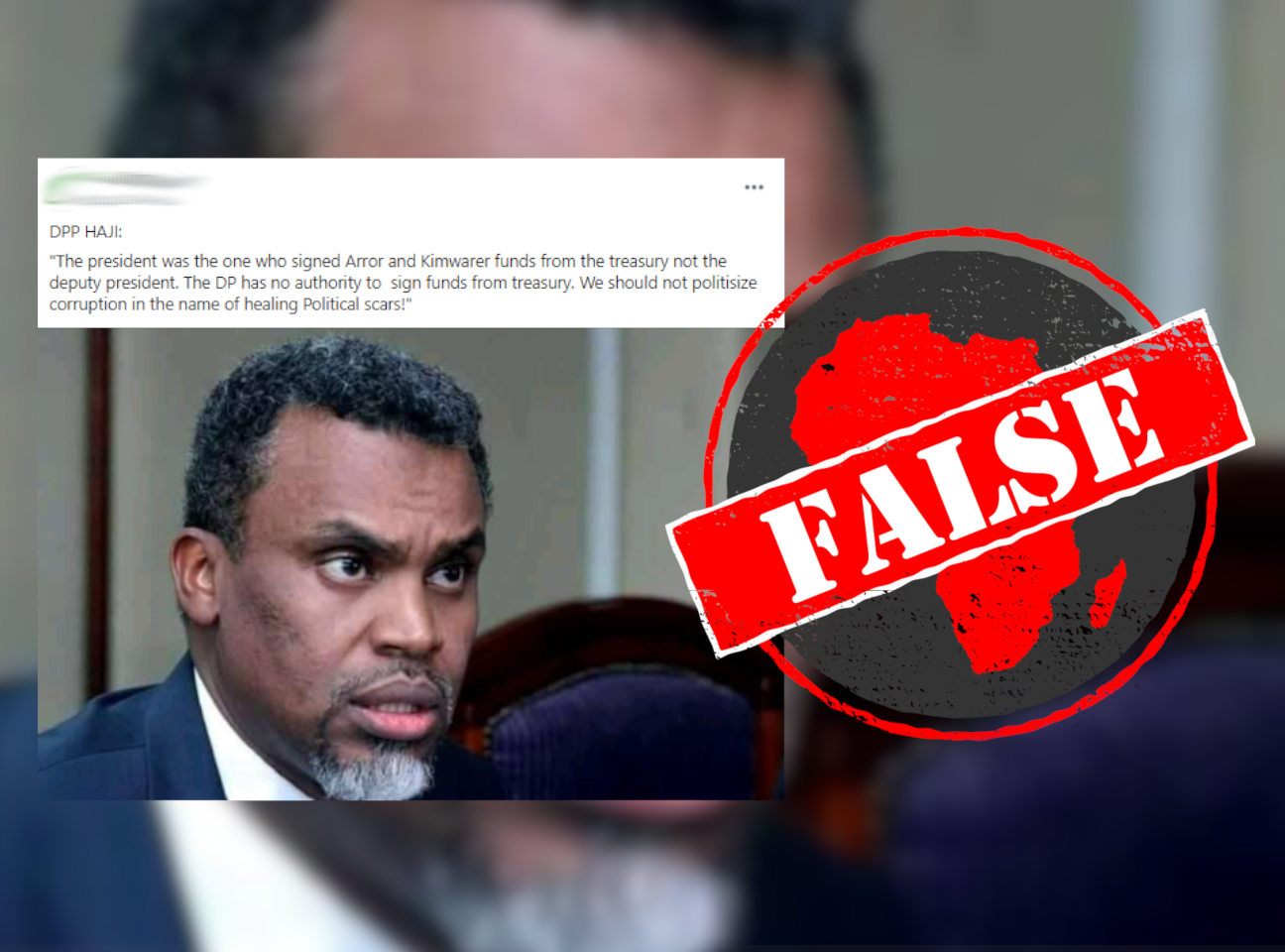 No reports of statement

The quote has no source, and has several grammatical errors – both signs that it is probably made up. And no credible news outlet has reported that Haji said it.

In August 2021, the DPP’s office tweeted a screenshot of the message, branding it fake.

ATTENTION
Kindly note that this information attributed to the DPP Noordin Haji is fake.#HakiNaUsawa pic.twitter.com/wuvXwubPMg

“ATTENTION. Kindly note that this information attributed to the DPP Noordin Haji is fake,” the tweet reads.