A post shared on Facebook in Nigeria claims that Nasir El-Rufai, the governor of Kaduna state in northern Nigeria, has said corruption should be punishable by death.

According to the 10 November 2021 post, El-Rufai said the government’s anti-corruption campaign would be a waste of time if the death penalty was not used to deter people.

“Without the death penalty, 90% of Nigerians will continue to see corruption as God's blessings. The anti-corruption campaign will be a waste of time. We are already heavily populated, why can't we sacrifice the top criminals to save the country's future?” the post quoted El-Rufai.

But did El-Rufai make this controversial suggestion? We checked. 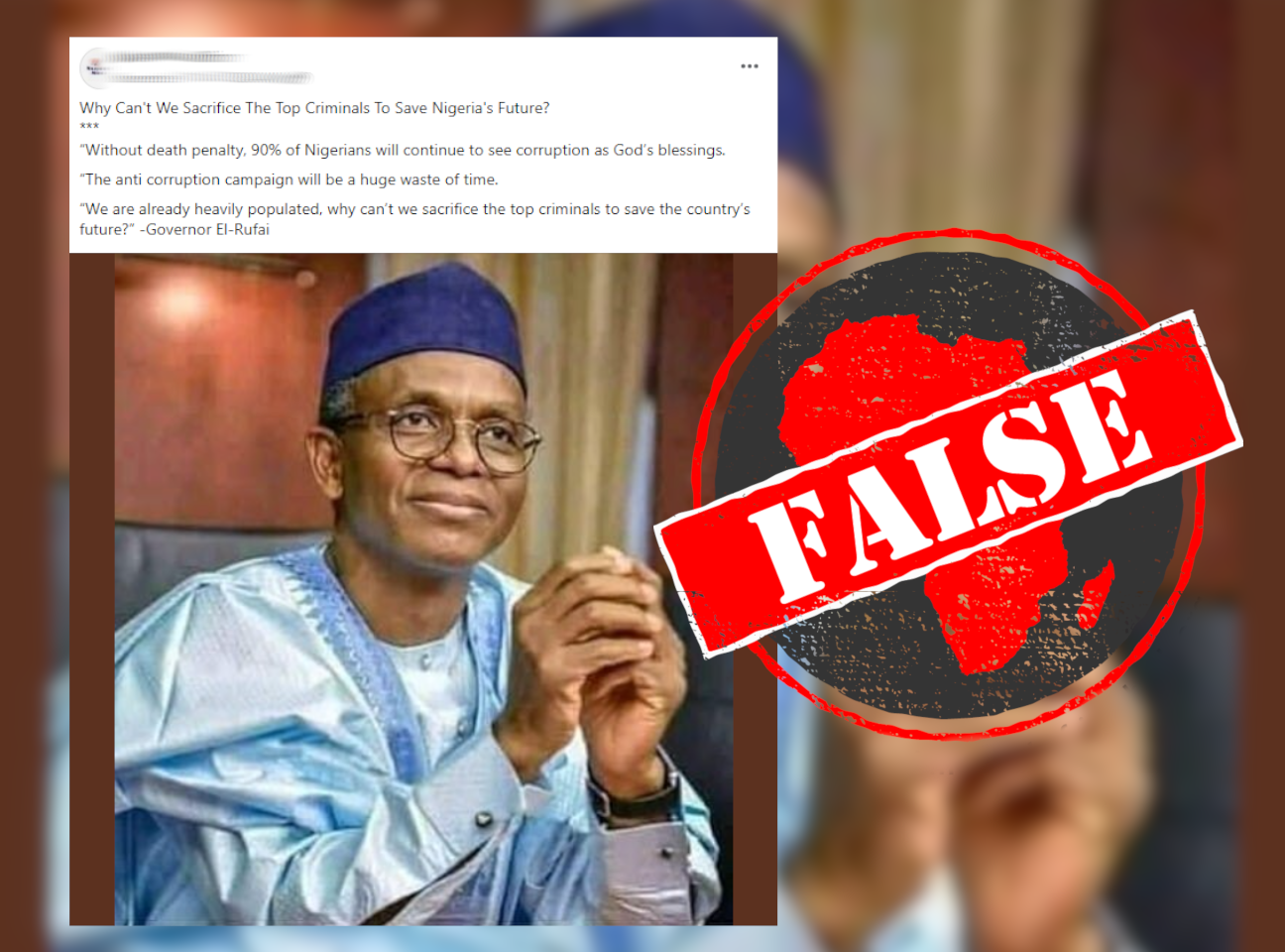 No credible evidence of statement

The Facebook post doesn’t give any details of where or when El-Rufai made the statement. A lack of detail is often a clue that a claim spreading on social media is fabricated.

A Google search also didn’t turn up any reporting on the incident by credible news organisations. We also found no mention of the governor’s suggestion on the official website or social media handles of the state government.

There is no evidence that El-Rufai has said anything like it.

The global non-governmental organisation Amnesty International argues that the death penalty contravenes fundamental human rights, especially the right to life and the right to be free from torture or to cruel, inhuman or degrading treatment or punishment.

According to the organisation, at least 483 executions were carried out in 18 countries worldwide in 2020, although 108 countries had completely abolished the death penalty by the end of the year.

The death penalty is still legal in Nigeria though there have been campaigns to abolish it.