On 18 March 2021 Kenya’s Machakos county is set to hold a senatorial by-election. A graphic posted on Facebook with the logo of research and polling company Ipsos seems to reveal the frontrunners.

The graphic ranks Agnes Kavindu of Wiper Party the most popular candidate, with 62%. She is followed by John Mutua Katuku of Maendeleo Chap Chap Party with 19%, Ulbanus Ngengele of the United Democratic Alliance with 11%, while “others” have 8%.

But did an Ipsos poll produce these numbers? We checked. 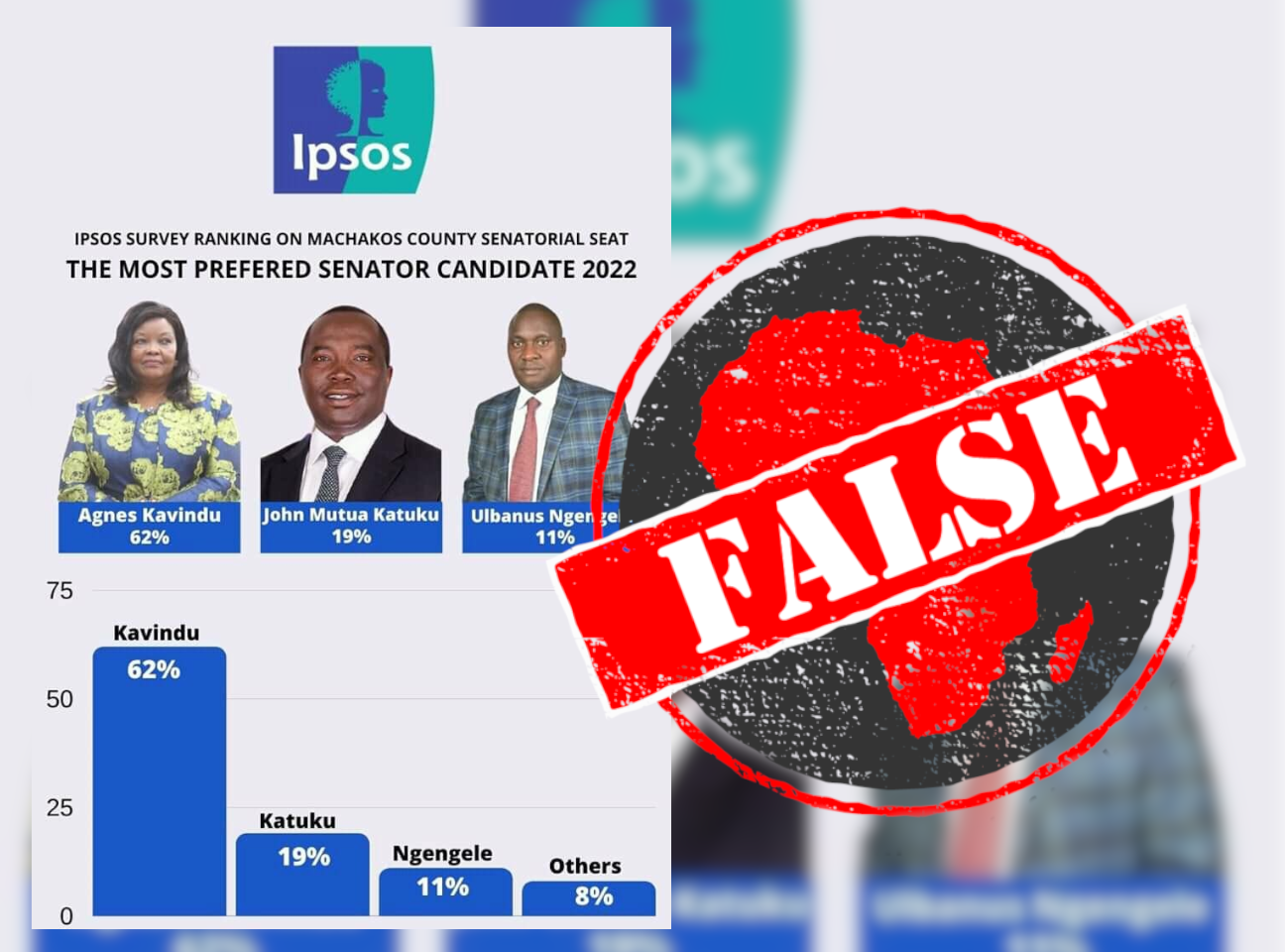 The agency usually releases its findings to the media, but no such survey has yet been reported.

“The source of this data is unknown to Ipsos,” text in the stamp reads.