No South Africa, you can’t apply for government housing through dodgy link on Facebook – rather visit local municipality

IN SHORT: Several South African Facebook posts have made incorrect claims about who is able to apply for government-subsidised “RDP” housing, and how to do so. Government spokespeople have warned readers that the posts and the information in them are false.

Being a South African citizen and older than 21 are two of the few requirements for the free houses, say the Facebook posts.

The link given in the posts brings up a non-official suspicious-looking website.

While the RDP policy is no longer in place, government-subsidised housing in the country is still widely known as “RDP houses”.

The posts, websites and articles offering “free RDP houses” look suspicious and this is a red flag that the offer could be misleading. We investigated. 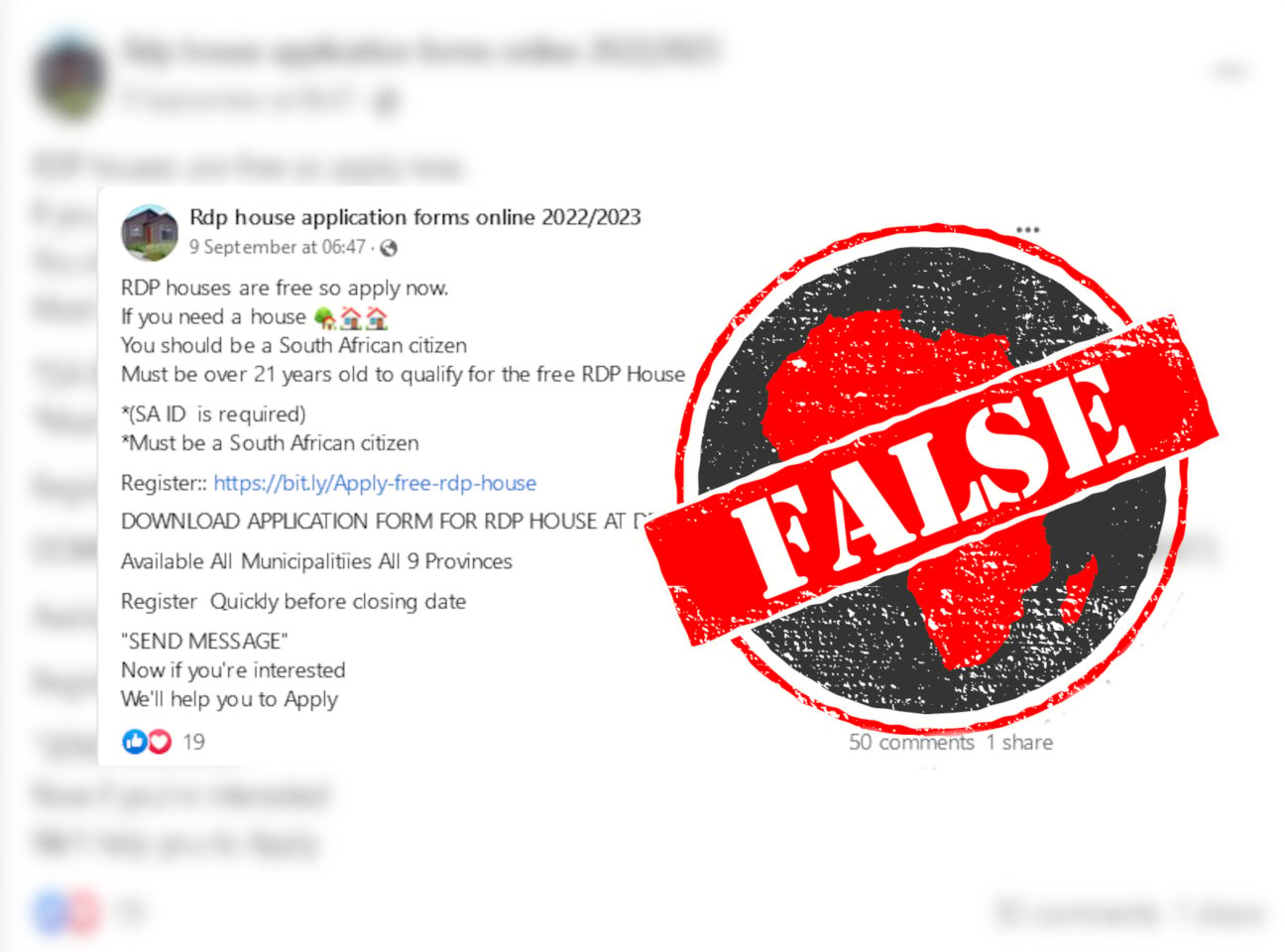 Debunked by department of human settlement

People who are given government-subsidised housing in South Africa still have to pay for municipal rates, such as water and electricity, according to the national human settlements department.

Those eligible for an “RDP house” should apply by visiting their provincial department of human settlements or at their local municipality. And there are more criteria to qualify than listed in the social media posts, including earning less than R3,500 per month per household.

And in a tweet, the Gauteng provincial department of human settlements made clear the Facebook posts were spreading false information.

“Please be warned of individuals creating social media pages that are spreading fake information regarding the application and allocation of houses,” the department said.