“Whites Only University in South Africa is proving to be a success” reads a post shared several times on Facebook, with a link to an article with the same headline.

The headline is misleading – the university referred to in the article is real, but it’s not a “whites only” university. So, what’s the truth? 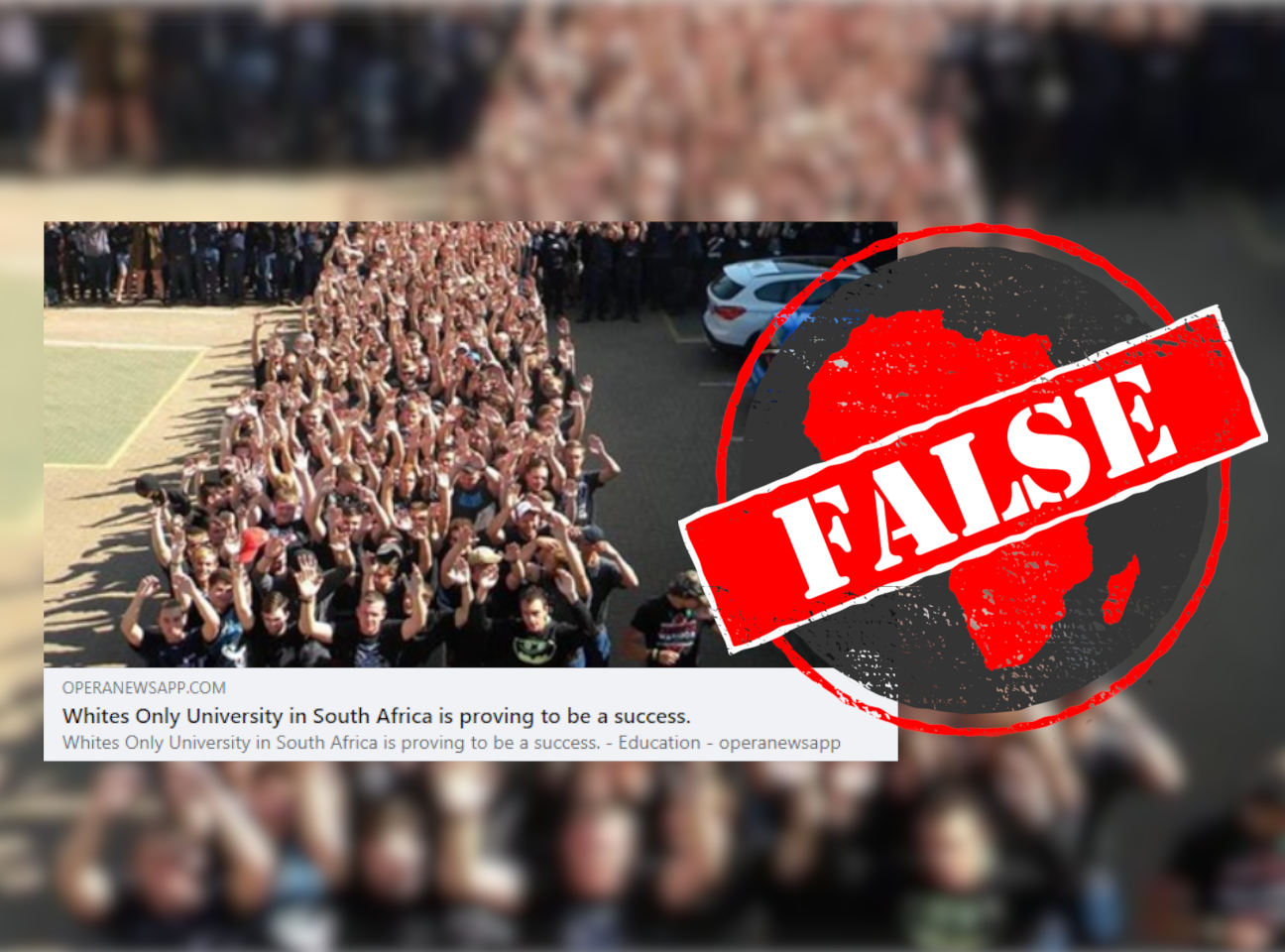 Afrikaans medium, but not ‘whites only’

Besides the headline, the article about the university being shared on Facebook doesn’t actually refer to the university as being “whites only”. Instead, it refers to “the Afrikaners-only University (Sol Tech)”. But this phrasing is also misleading.

Sol-Tech is a privately owned technical university founded in 2006. It was paid for by the members of the South African trade union Solidarity, who are largely, but not exclusively, white and Afrikaans-speaking.

Afrikaans is the only medium of instruction at Sol-Tech, so students are expected to be able to speak and understand Afrikaans. But this does not mean that the university is “whites-only”, or even “Afrikaners-only”, as the article claims.

The term “Afrikaner” may be used to refer to any person who speaks Afrikaans as a first language, although this is not the most common use of the term. As the several definitions in the Collins English dictionary show, the word usually refers to white Afrikaans speakers.

The majority of Afrikaans speakers in South Africa are not white. According to the 2011 South African census, only around 40% of those who speak Afrikaans as a first language are white, even though it is the language with the greatest number of white first-language speakers.

Sol-Tech does not require students to be white or “Afrikaners”. The university also says on its website that it is an “inklusiewe”, or “inclusive”, institution.

The university would also be prevented from discriminating on the basis of race in its admission policy. As the department of higher education says in a policy framework for inclusion, even private tertiary institutions are bound by these regulations, in line with chapter nine of South Africa’s constitution.

There has been debate in South Africa before over the use of Afrikaans as a language of instruction in educational institutions. This is in part because of the language’s role in education under South Africa’s repressive apartheid regime.

Since the establishment of democracy in the country, some universities have chosen to remove Afrikaans as a language of instruction or significantly decrease its use. South Africa’s highest court, the constitutional court, has made several high profile rulings on the matter.

In 2019, the court ruled that it was constitutional for Stellenbosch University to adopt a language policy which allowed for instruction in Afrikaans, but with English as the preferred medium of instruction.

The court also ruled in 2017 that the University of the Free State (UFS) could use English as a primary language of instruction, abandoning a policy of using both English and Afrikaans.

In these rulings, the court noted that prioritising English promoted more equal access to education. UFS originally chose to prioritise English because it found that a bilingual policy had “[separated] classes along racial lines” and “increased racial tensions”.

But, as mentioned above, the majority of Afrikaans speakers in South Africa are not white.

Sol-Tech’s managing director said in a February 2021 radio interview that some of its students were black, but Africa Check was unable to find further information on the demographics of the student body.

It is however incorrect that Sol-Tech is “whites only” because Afrikaans is the university’s medium of instruction.