“A RHINO POACHER MUST HAVE A POACHING LICENSE, TO POACH LEGALLY- SAYS MINISTER OF TOURISM.” That’s the badly written all-caps headline of what seems to be a screenshot of a news report, posted on Facebook in South Africa on 19 March 2021.

It was posted with the comment: “So dom soos grond? NOPE, selfs grond is nie so dom nie!!! Beaming with incompetence!!!!” The Afrikaans translates as: “As dumb as ground? NOPE, even ground isn’t this dumb!!!”

Rhino poaching continues to be a serious global problem, fuelled by the illegal trade of rhino horn. According to the World Wide Fund for Nature’s South African branch, rhino poaching increased by more than 9,000% from 2004 to 2014. Some areas such as the Kruger National Park lost 70% of their rhino in a decade.

But did Xasa say rhino poachers must get a licence to poach? We checked. 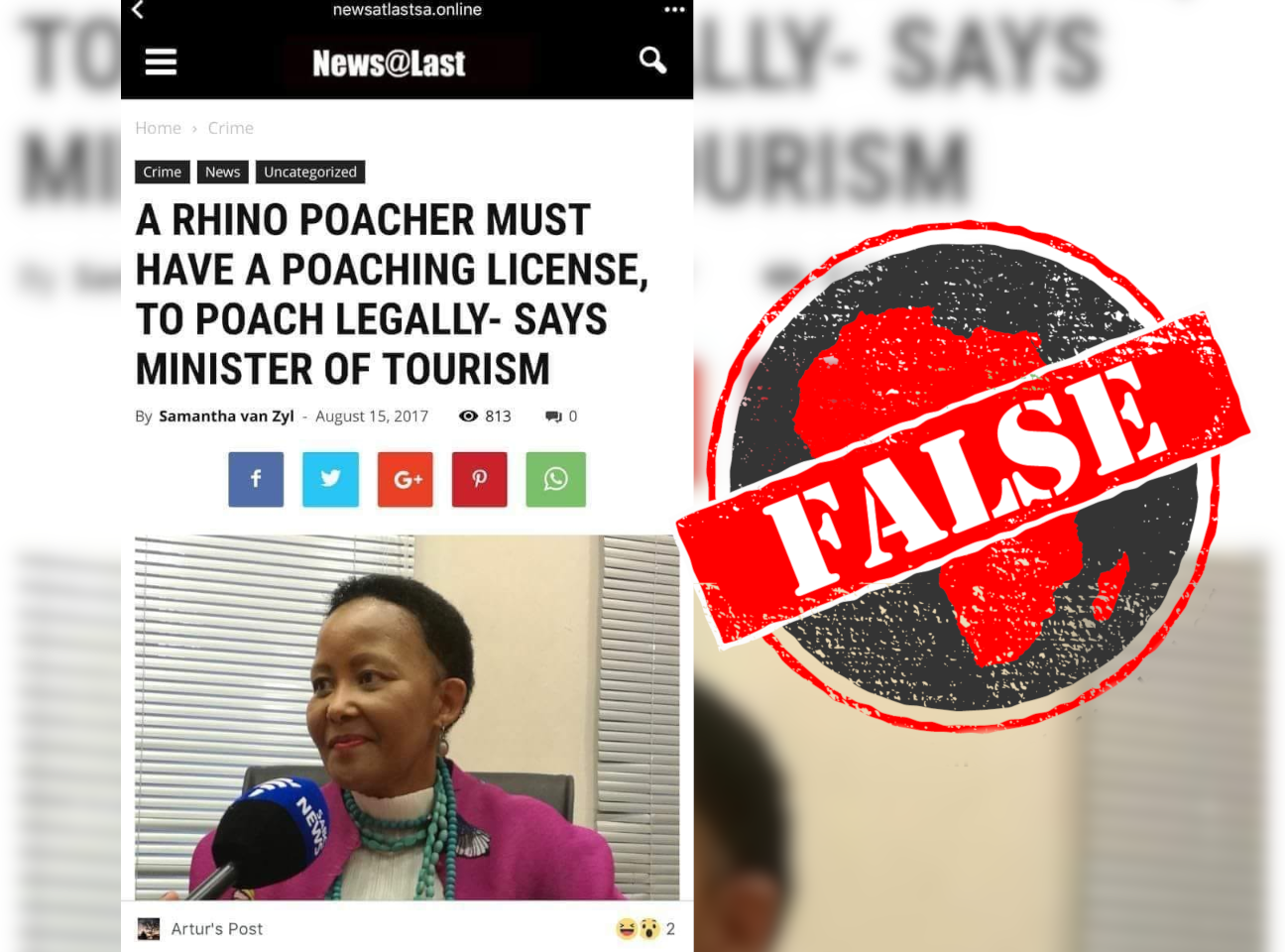 The web address on the screenshot is newsatlastsa.online. But this URL is “parked”, meaning it is registered but no longer links to a website.

Africa Check searched Google for the quote, and found no evidence that Xasa ever said it.

On 16 August 2017, the day after the date on the screenshot, a South Africa’s tourism ministry issued a statement that the claim was false.

“We state categorically that the Minister did not and could never have expressed any views remotely justifying the criminal and barbaric practice of rhino poaching,” the ministry said.

“The Minister condemns rhino poaching as she does all other forms of animal cruelty.”

Former tourism minister Tokozile Xasa did not say that rhino poachers must get a licence to poach legally.

A swing and a miss for retired cricketer: South Africa’s tourism industry employs 740,000 people – not 7.5 million