An isiZulu-language post published on Facebook on 1 December 2021 claims that a schoolgirl in South Africa’s Gauteng province found a bag containing R40 million.

The post includes a photo of a young girl smiling at the camera and shaking hands with a man in police uniform. The girl is in school uniform and appears to be holding a framed certificate.

Is this good news story true? We checked. 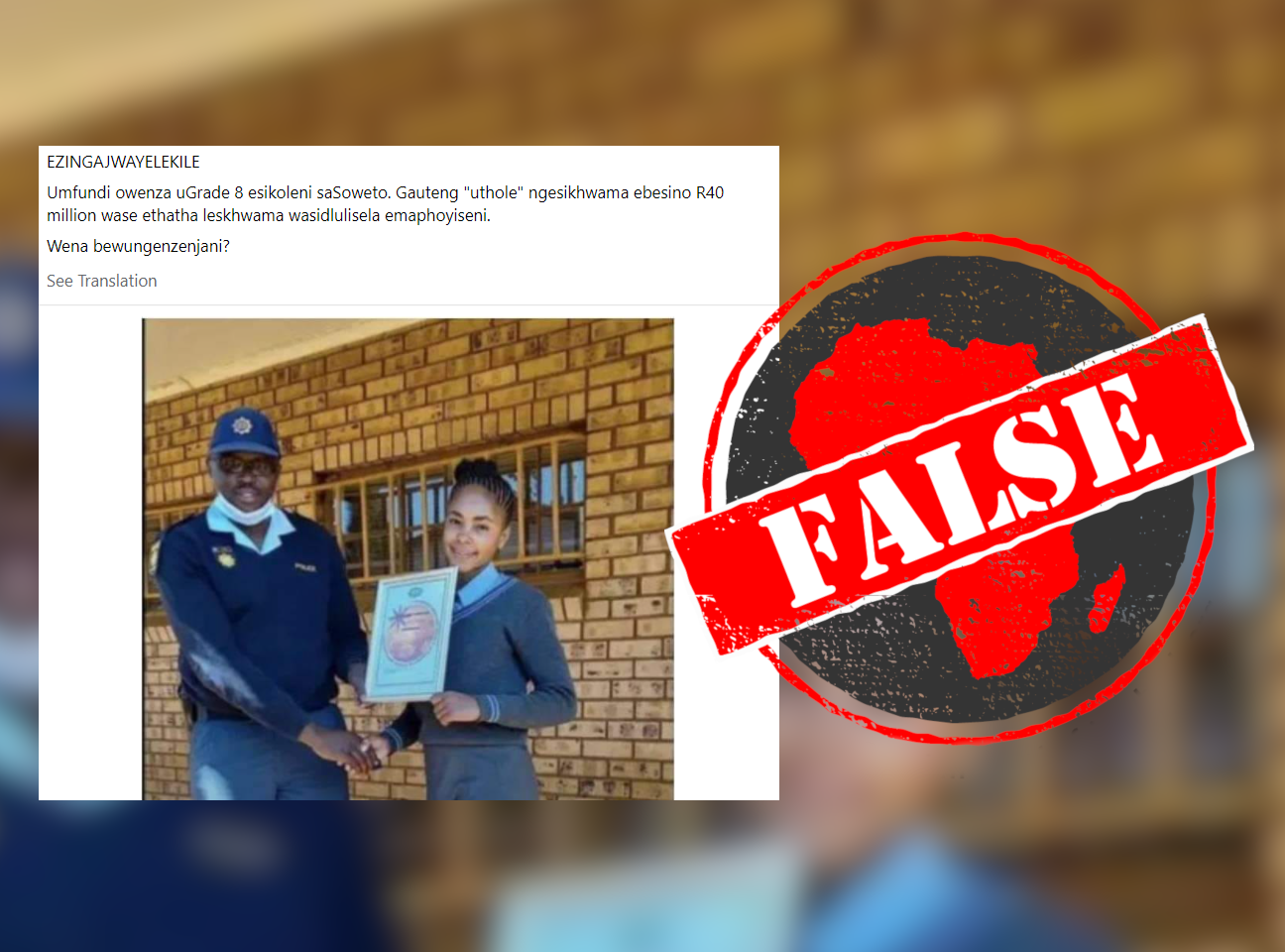 We could not find any credible South African sources that reported a high school student had returned a bag of money to police.

South African media outlet EBNewsDaily tracked down the police officer in the photo who confirmed the story was false.

The officer was identified as “Constable Malaza” and said that the photo was taken in Ermelo in Mpumalanga province – not Soweto. He explained that the regional South African Police Services had given assignments to school students earlier in 2021 and had nominated top students as “junior station commanders”.

“I’m worried that people are already peddling false information about this picture,” he reportedly said.

There’s no evidence a grade 8 student in Soweto handed over R40 million she’d found in a bag.