No, there’s no meaning behind the first tear being shed from one’s left or right eye

IN SHORT: According to a graphic posted on social media, what eye the first tear is shed from when you cry tells you the cause of the tears. But that doesn’t hold water.

“When a person cries and the first drop comes from the right eye, it’s happiness. Left eye is pain. Both indicate frustration.” This is according to a graphic circulating on Facebook in October 2022.

The post was originally published in 2021, and other instances of the claim abound on Facebook, from 2020 and as far back as 2013 and 2011. The claim has also appeared on other sites such as Pinterest and Quora.

According to the US-based American Academy of Ophthalmology (AAO), there are different types of tears. Ophthalmology studies the eye and its diseases.

Scientists believe that these tears serve as signals to communicate our emotions to those around us. They also release tension to make us feel better, and contain more stress hormones than other kinds of tears.

But does any of this mean this claim is true? 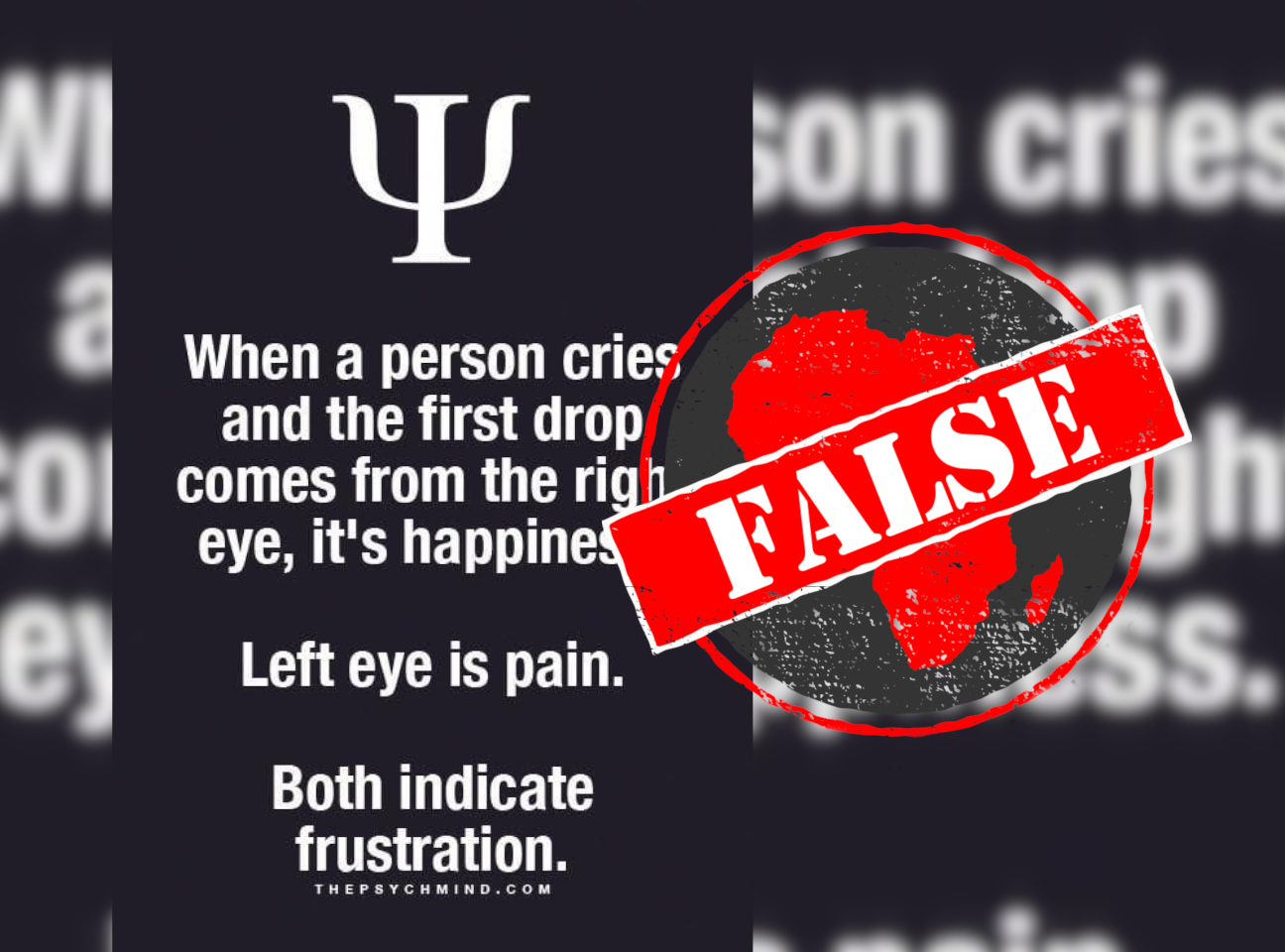 No difference in tears produced by left or right eyes

But communicating different messages or emotional cues is not done by the first tear being shed by a particular eye. People will interpret these messages by looking at the context around someone crying. A person at a funeral is unlikely to be crying from overwhelming happiness, for instance.

The US Health Group, a medical insurance company, picked up the claim and answered it in an article about tears. They said: “There is no difference in tears produced from one eye or the other. Unless there is an anatomical abnormality or physical injury, tear production in specific eyes has no meaning.”

Responding to another fact-check of the claim, the AAO confirmed that there was no evidence to back up the idea that the first tear being shed from the left or right eye has any meaning.

Yes, you may see your white blood cells when staring at a blue sky