No, top Nigerian air force officers retired after 35 years of service – not for bombing refugee camps

High-ranking Nigerian air force officers have had to retire after mistakenly ordering the bombing of camps for internally displaced people – refugees from inside the country – instead of the camps of Boko Haram insurgents.

At least, that’s the claim in a message doing the rounds on Facebook in late May 2022. It reads: “28 air vice marshals, other top officers retire from Nigerian Air Force after mistaking and bombing IDP camps for Boko Haram camps.”

In 2020 Nigeria had more than 2.1 million internally displaced people, or IDPs, living in camps across the country, according to the UN High Commissioner for Refugees. The agency says IDPs, “on the run at home”, can become internally displaced “due to armed conflict, generalised violence or human rights violations”.

But did 28 air force officers really retire after IDP camps were bombed? We checked. 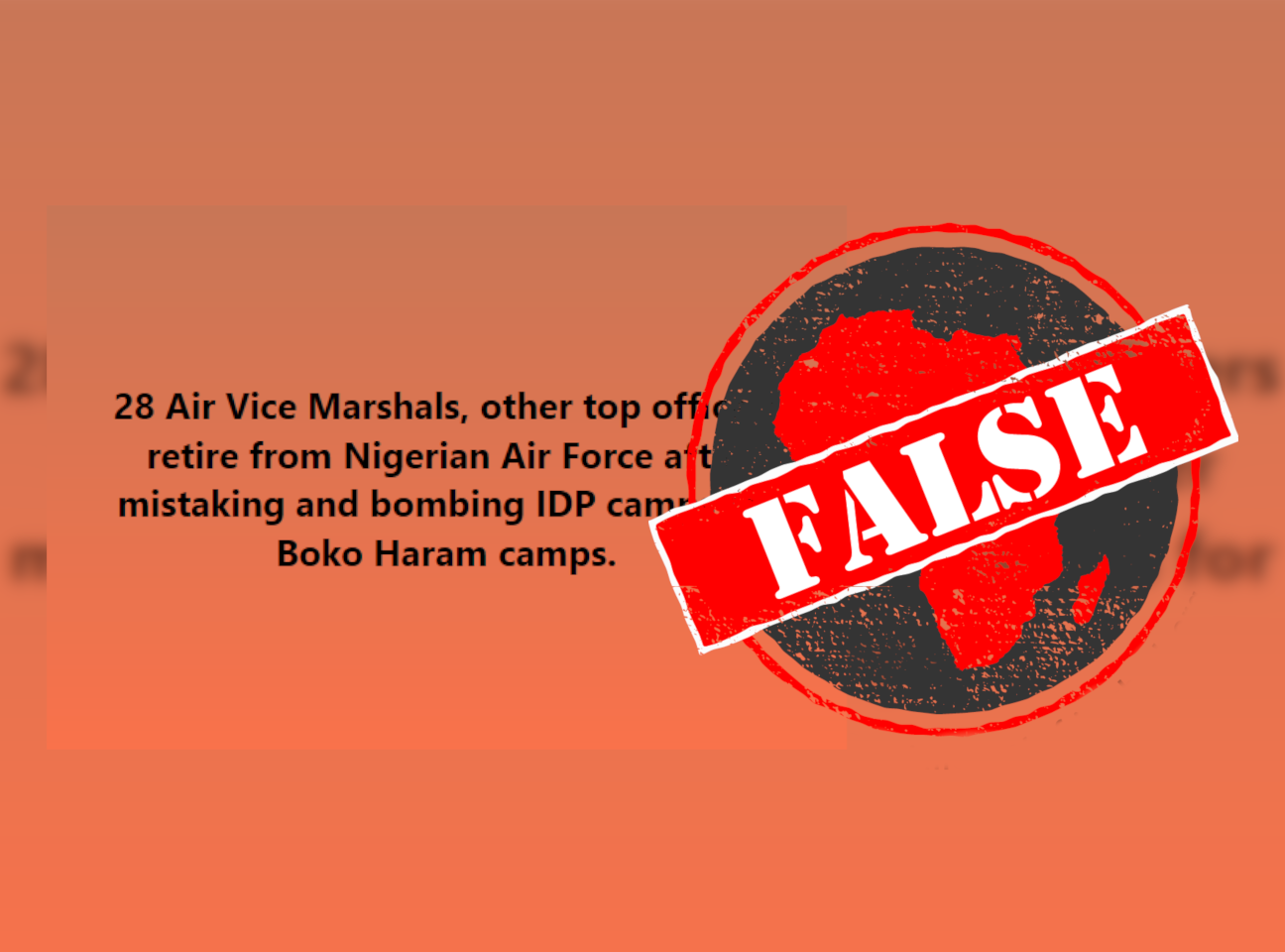 News reports show that 28 air force officers did retire in late May – but only because they had completed their required 35 years of service.

“No fewer than 28 Air Vice Marshals (AVMs) and Air Commodores of Courses 35 and 36 of the National Defence Academy have retired from the Nigerian Air Force (NAF) in a colourful parade,” reads an article on the Sahara Reporters website, dated 23 May.

“The NAF, at the passing out ceremony in Kano State, said the officers who retired from the service in the last one and a half years after 35 years of meritorious service, served commendably.”

The retirement ceremony was held during celebrations, from 19 to 21 May, to mark the air force’s 58th anniversary, according to a press briefing by air commodore Olasunkanmi Abidoye.

The month also saw retirement ceremonies for members of the Nigerian navy and army.