An article apparently published by Ugandan news website Daily Express has been posted on Facebook, with the claim that the Uganda Prisons Service (UPS) has stopped hiring after uncovering fraud.

The article, since deleted, said the UPS halted the recruitment of 500 people after discovering mismatches in their academic documents.

Others have published posts repeating this claim to Facebook, including a radio station with 39,000 followers.

Part of the post by Voice of Teso radio reads: “In May this year, UPS embarked on the recruitment of 1,152 warders and wardresses to replace those who retired after clocking the retirement age of 60 years, the dead, and those who quit the service on medical grounds.”

On 27 May 2022, UPS announced on its website that recruitment for warders would start in June.

The announcement included details of the requirements for the positions and where interviews would be conducted.

It also warned that “presentation of forged documents or impersonation is criminal and shall be prosecuted in courts of law”.

So, are these newer reports true, causing significant anxiety to those who took part in the process? 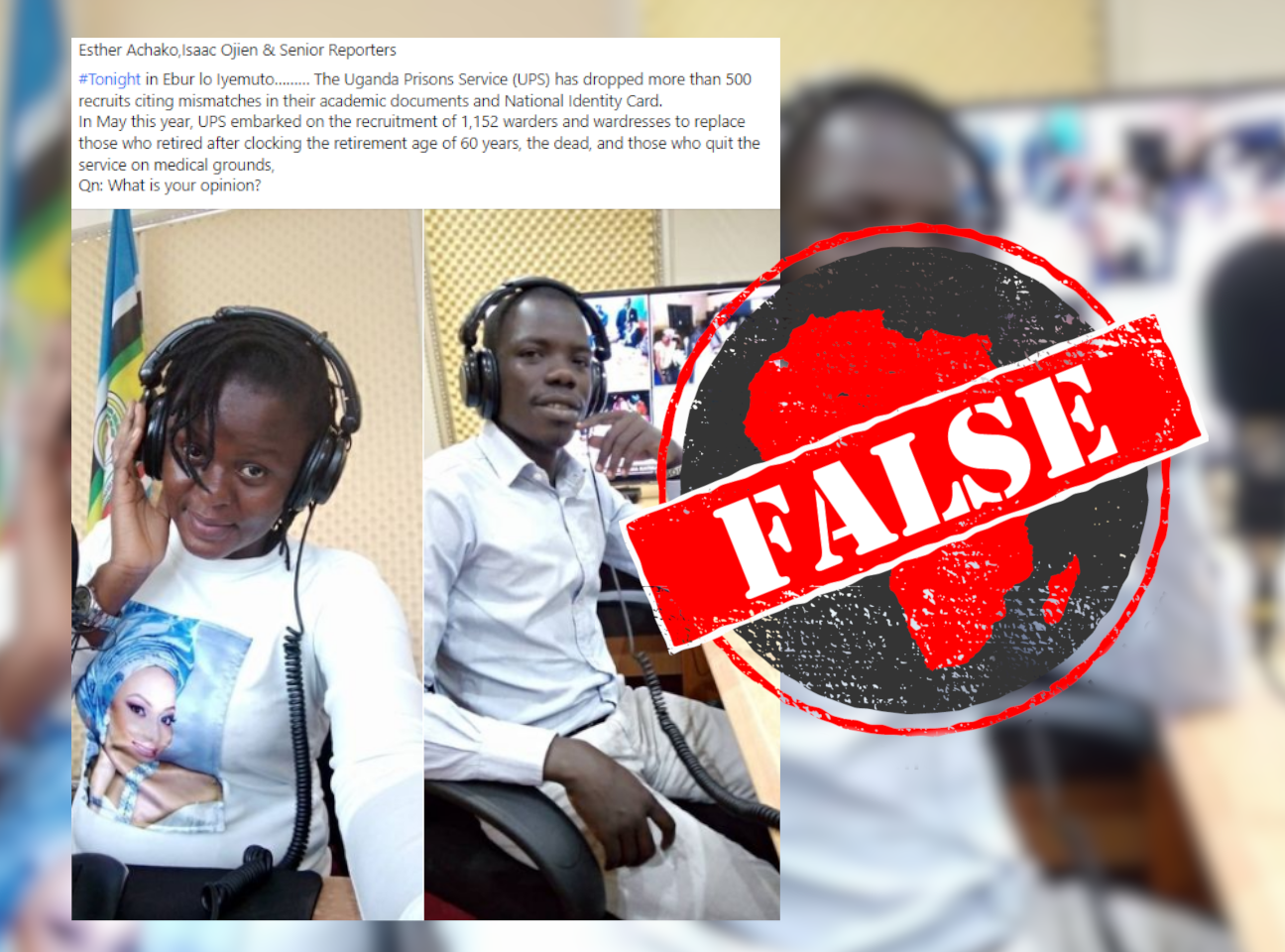 The UPS has not announced publicly it is dropping hundreds of recruits.

Instead, the prison service posted a screenshot of an article reporting the story on its official Twitter account, stamped “FAKE NEWS”.

“Treat this as fake,” UPS said.