IN SHORT: A video has gone viral with the claim it shows the lawyers for four electoral commissioners who distanced themselves from Kenya’s 2022 presidential election results being ejected from the supreme court. But the clip shows a different political drama, in 2020.

A video of three men in suits being escorted out of a property, the gates shut behind them, is circulating on Facebook with the claim that they are lawyers representing four controversial members of Kenya’s electoral commission.

Its caption is mostly the same: “The lawyers hired by Cherera and co commissioners being chased out of the Supreme Court. They ruled that the only lawyers that can represent IEBC are those hired by the CEO who is with Chebukati.”

On the day the presidential results were announced, four of the seven election commissioners – vice chair Juliana Cherera, Francis Wanderi, Irene Masit and Justus Nyang’aya – rejected the results, saying the final phase of the vote-counting process had been “opaque”.

And Odinga challenged the results in the supreme court.

Cherera and her three dissenting colleagues attempted to appoint new lawyers, paid by the electoral commission, to represent them during the case. But the court ruled that it would only recognise lawyers appointed by Chebukati.

But does it show the lawyers for Cherera, Wanderi, Masit and Nyang’aya being ejected from the grounds of the supreme court? 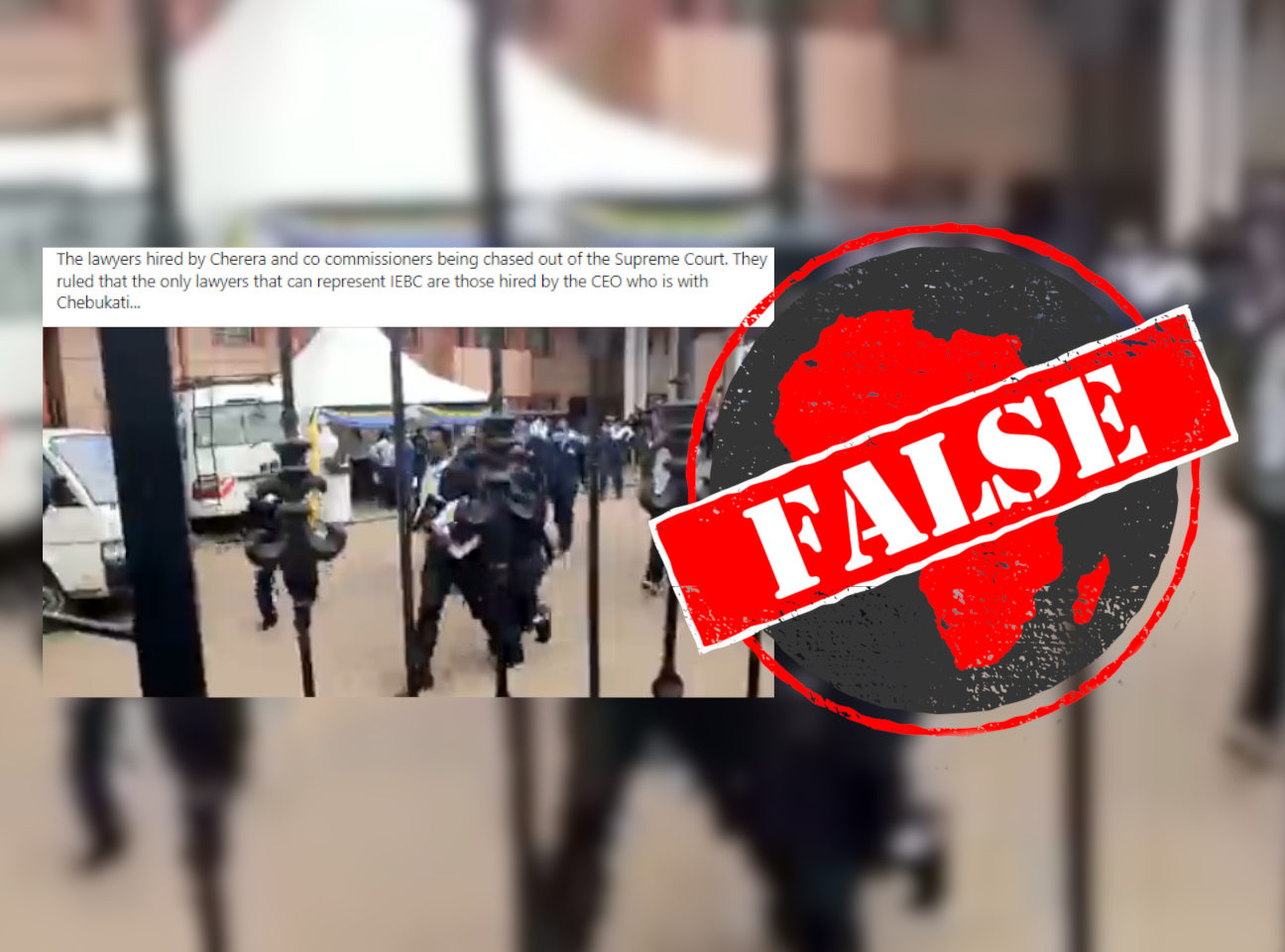 During the case, the four commissioners were allowed to retain, as individuals, the services of external lawyers. There have been no reports of their lawyers being ejected from the court.

Africa Check searched for the video on YouTube using the keyword “lawyers chased away”. We found the original, which is more than two years old.

Its description reads: “Drama at kitui county assembly after ngilu lawyers were chased by security out of assembly.”

Kenyan politician Charity Ngilu was the governor of Kitui county from 2017 until 25 August 2022.

According to Citizen TV, in June 2020 members of Kitui county assembly attempted to impeach Ngilu. Her lawyers were thrown out of the proceeding.

The incident and part of the video was also covered by NTV Kenya.

The video is old. It doesn’t show lawyers representing the four dissenting electoral commissioners being ejected from the supreme court.