No, video of footbridge collapsing was not filmed in South Africa

IN SHORT: A video of a footbridge collapsing, supposedly filmed in South Africa, is actually from the Democratic Republic of the Congo.

A video of what appears to be the opening ceremony for a small footbridge has been widely shared online. It shows a group of people standing on the bridge and cutting a red ribbon, just as the bridge collapses beneath them.

Africa Check has seen versions of the video shared on WhatsApp, Instagram, Twitter and various blogs, with claims that it was filmed in South Africa. But is this true? 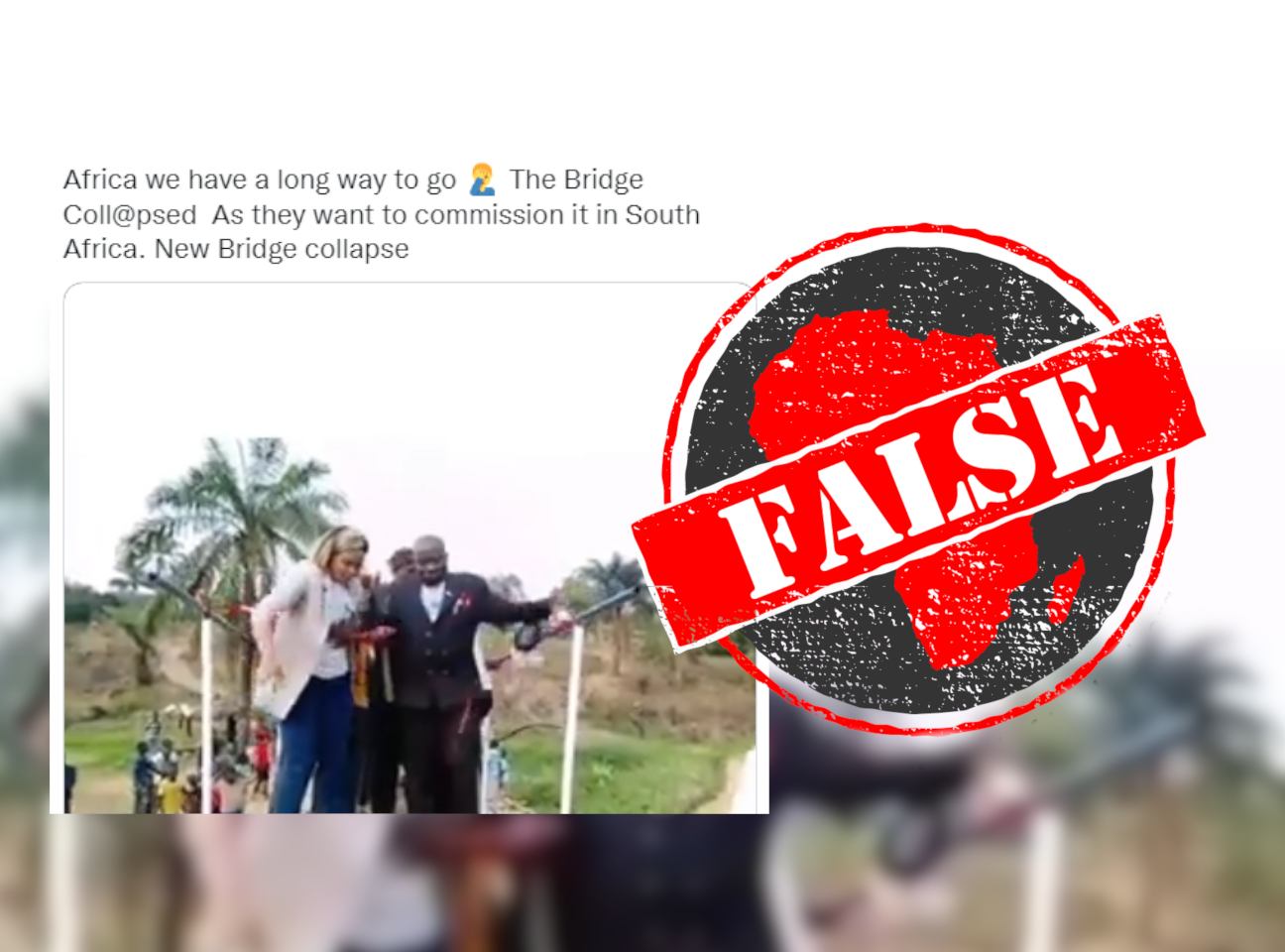 Video filmed in Democratic Republic of the Congo

International news organisations, including Reuters, Al Jazeera and the Guardian, have also shared the clip, although they reported that it was filmed in the Democratic Republic of the Congo, or DRC.

Several organisations have cited journalist Djedje Mbuyamba as the source of the clip. Mbuyamba is a presenter for the YouTube news channel Kelbul Mag, based in the DRC. He shared the story and video on 5 September 2022.

Kelbul Mag reported the video was filmed in the DRC, and there is evidence in the video to confirm this. The woman who cut the ribbon in the video is, for example, wearing a t-shirt with the country’s flag on it.

According to Kelbul Mag, this woman is philanthropist Hurlaine Badila. The video shows Badila officially opening the bridge that had been sponsored by her non-governmental organisation Debout la Jeunesse Congolaise Élevons notre Pays (DCJE). The name roughly translates to “stand up for Congolese youth, let’s elevate our country”.

According to a statement released by the organisation on 6 September, engineers have, since the bridge collapsed, been hired to construct a more robust bridge. The statement also confirms the video was filmed near Kinshasa, the DRC’s capital city.

Africa Check was not able to confirm the exact place where the video was filmed, but based on comments made in the statement, it was likely near this spot where satellite imagery shows a small bridge crossing the Lukunga river.

This is similar to a smaller bridge made of wooden poles which can be seen behind the collapsed bridge in the video. The collapsed footbridge was reportedly meant to replace this makeshift one.

The bridge collapsed in the DRC, not South Africa.