No, video shows Indonesian soldiers in training, not Kenyan soldiers

IN SHORT: A video has shocked Kenyans, who are being told on social media it shows members of the Kenya Defence Forces in a harrowing training exercise. But these extreme sports are not taking place in Kenya, or even Africa – it’s Indonesian soldiers taking the punishment.

A video showing soldiers crawling in muddy water under what appears to be a hail of bullets has attracted social media attention in Kenya.

The video was captioned “KDF training”.

The KDF, partly deployed in Somalia and the Democratic Republic of the Congo, occasionally shares details about its training with the public.

But does this video show KDF soldiers in a training session? We checked. 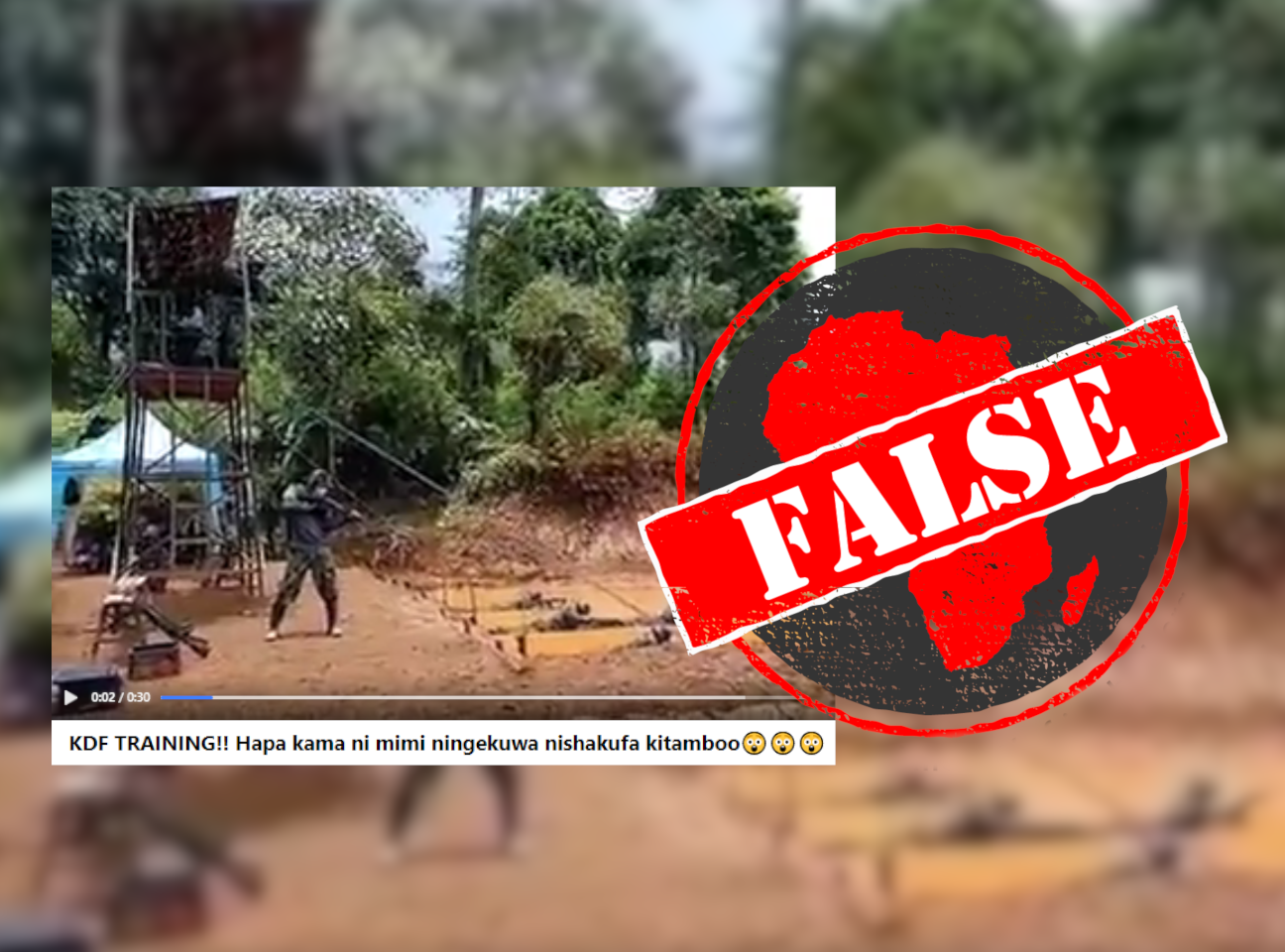 A reverse image search of a screenshot from the video reveals it was featured on an Indonesian website in October 2020. Indonesia is a country in Southeast Asia.

According to the article the video shows members of the Indonesian armed forces, or Tentara Nasional Indonesia (TNI), in training.

The screenshot from the video is captioned: “Latihan TNI merayap sambil ditembaki.”

Translated from Indonesian, this means: “TNI drills: Crawling while being shot at.”

We searched for the video on YouTube using the same caption and found a video published on 25 October by Tribun Timur, one of Indonesia’s media houses.

The media outlet then explains that the training is called “dopper”, a drill in which soldiers crawl through mud while instructors shoot on either side of them.

Tribun Timur says the exercise is done so that soldiers will be “familiar” with the sound of bullets whistling past them.

This nerve-wracking video was filmed in Indonesia and shows Indonesian soldiers in training, not members of the Kenyan Defence Forces.