A post on Facebook, shared over 150 times, appears to be a warning from the South African police.

“If you find a child crying on the road showing his/her address and asking you to take him/her to that address, immediately take that child to the police station and please DO NOT take the child to the address that he/she asks!” it reads. “This is a new way to gang rape women and girls, rob and kill men and boys.”

But these are old hoaxes that have been debunked before. 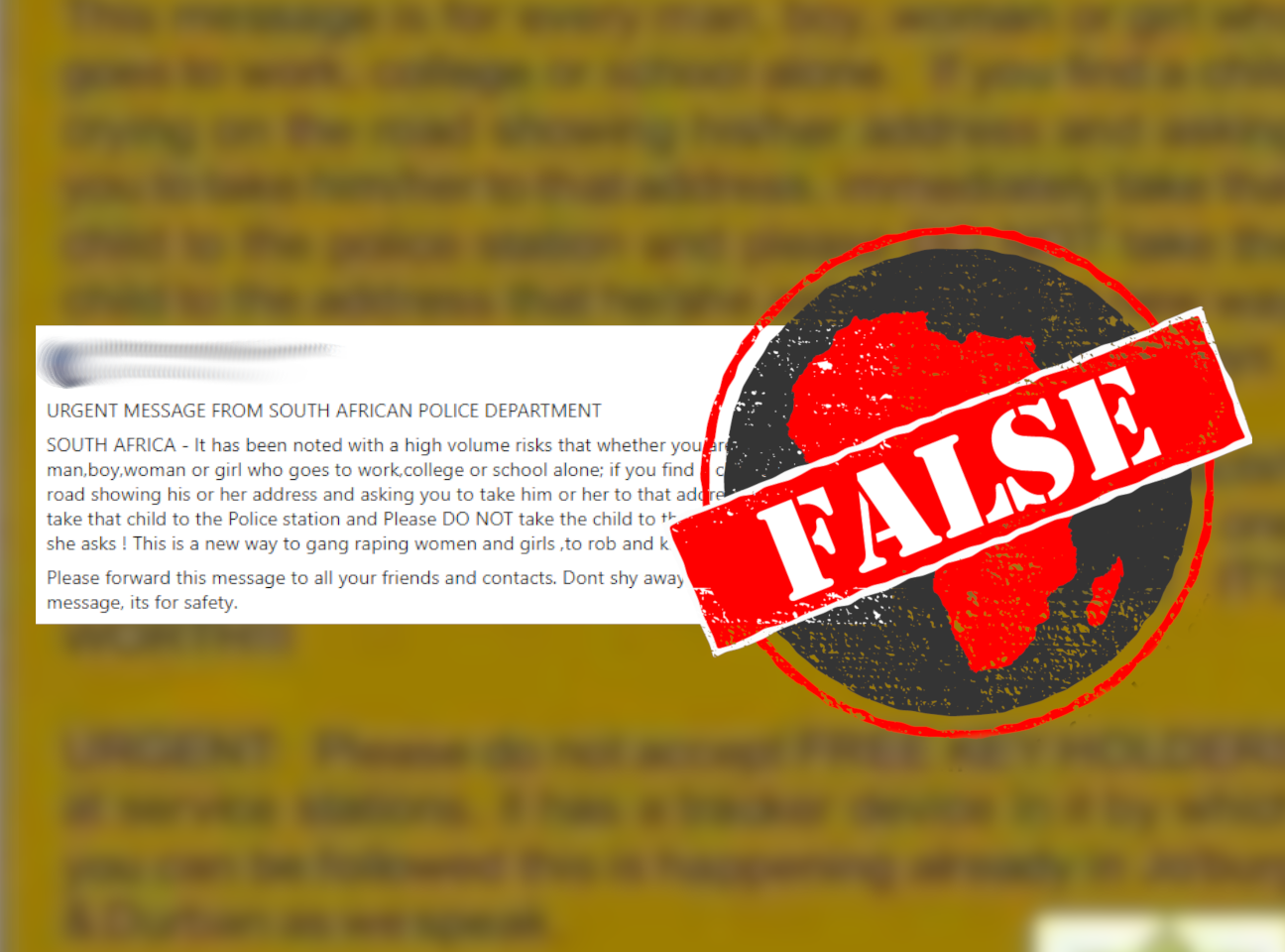 Africa Check first investigated this message when it was widely shared in 2016. At the time, the numbers listed for the police contact on the warning – for a “Lt Col. MJ Krugel” – did not work. That is still the case today.

Then head of media communication for the South African police service, brigadier Vishnu Naidoo, told us that the warning was a hoax.

He said it had been circulating for more than ten years and the police also had no record of a person named “MJ Krugel” in the police service.

The rumours about criminals handing out “free key holders” at service stations has also previously been debunked by other fact-checkers, including Snopes and Hoax-Slayer.

In 2018 the South African police told Africa Check that the warning was a hoax. However, they did warn the public to remain vigilant.

Professor in the academy of computer science and software engineering at the University of Johannesburg, Dustin van der Haar, previously told Africa Check that the scheme would require criminals to closely follow the tracker so they wouldn’t lose connectivity. This, he said, would defeat the purpose of using a tracker in the first place.

There is no truth to the post and it is not a warning from the South African police.