A photo of a huge crowd of people walking down a street is circulating on Facebook with the claim it shows people in Nigeria’s Kano state celebrating the federal government’s recent Twitter ban.

Another describes the photo as: “Kano Youths celebrating Tweeter ban yesterday at the State Capital, Protest led by the Senior Special Adviser to their Governor on Youth affairs and their Government House Islamic Imam.”

The government responded by announcing – in a statement released on Twitter – that Twitter would be “indefinitely” suspended in the country.

But does the photo show people in Kano celebrating the Twitter ban? We investigated. 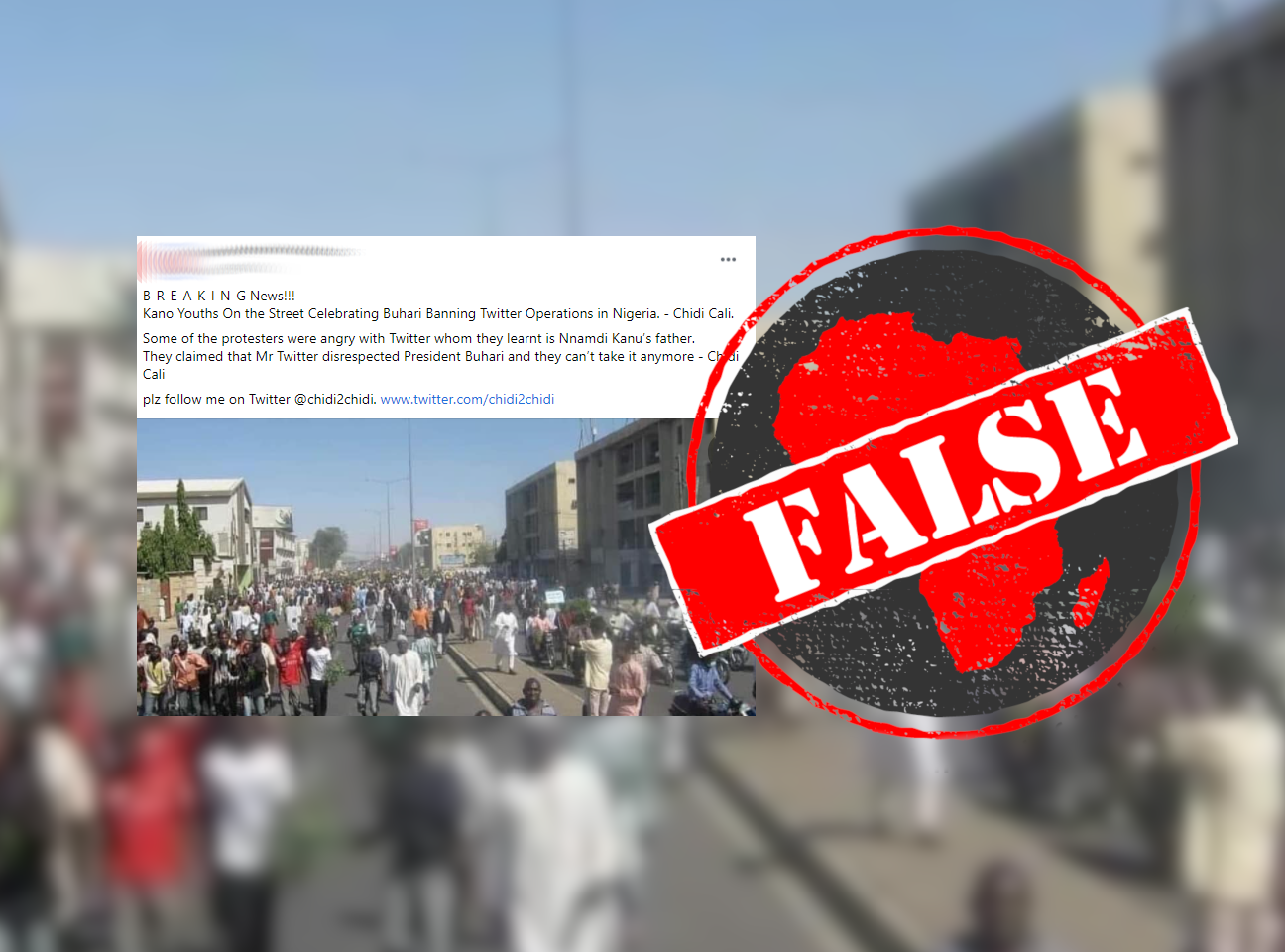 A reverse image search reveals that the photo is at least nine years old.

We found it in a January 2012 CNN report, headlined: “Nigerians protest end of fuel subsidy.”

Its caption reads: “Protesters took to the streets on Monday, January 9, in a nationwide strike against the Nigerian government’s decision to take away fuel subsidies”. It’s credited to Abba Hikima.

The caption doesn’t give the location, but the photo is years old and can’t show any reaction to the June 2021 Twitter ban.

New Twitter owner Musk plans to restore accounts of all banned users – except Trump? No, screenshot fake and claim false

Omoyele Sowore is running on the ticket of the African Action Congress.

No, Nigeria’s president Muhammadu Buhari did not order his party’s campaign spokesperson be removed