Photo of displaced people from Democratic Republic of Congo, not Kenya in 2007 – beware of manipulated photos

A photo of women and children carrying their belongings on their heads and backs, seeming to flee violence while fires burn in the background, has been shared on Facebook.

A caption below the photo reads: “2007 – internally displaced women & children running for their lives.”

One post sharing the photo reads: “Politics should be driven by ideologies, not self-gratification and greed. Deputy President William Ruto instructed Kalenjins to evict Kikuyus from Eldoret and surrounding areas during the 2007 election campaigns. This should never happen again.”

The same image has been shared here, here and here in the early months of 2021.

Most posts refer to Kenya’s post-election violence in 2007 and early 2008. Ruto is one of the six Kenyans charged at the International Criminal Court for the violence, but the case against him was terminated.

But does the widely shared photo depict the situation in 2007 and 2008 in Kenya? 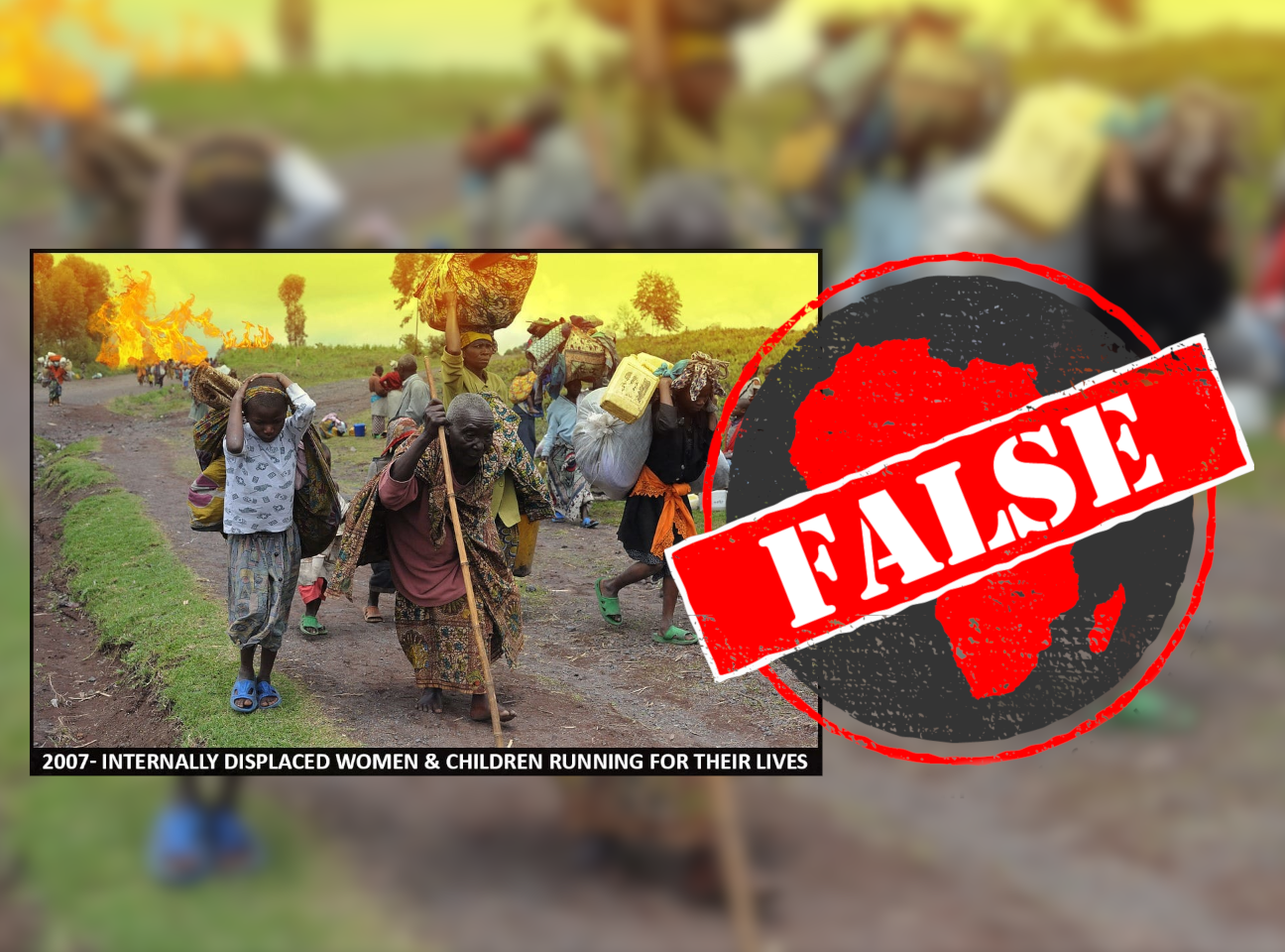 ‘Young and old fleeing Kibati’ – photo from DRC, not Kenya

A Google reverse image search of the photo revealed that this photo was taken on 7 November 2008 in Kibati, a town in the northwest of the Democratic Republic of Congo near the border with Rwanda and Uganda.

The photo first surfaced online after it was shared on Flickr by Julien Harneis, a humanitarian professional currently the United Nations resident and humanitarian coordinator for Pakistan.

“I was on the outskirts of Kibati camp to oversee our emergency measles vaccination,” Harneis noted in the caption of the photo titled “Young and old fleeing Kibati”.

“We heard shooting on the other side of the camp less than a kilometre away, single shots and automatic [fire] for about 15 minutes. People fled the distribution, ran to the camp, picked up their belongings and hurried down the hill to Goma.”

The photo shared on Facebook has also been digitally doctored. In the original image, there are no fires in the background, and the sky is a clouded white and pale blue, not dramatic orange. The original was taken in the DRC in 2008, not Kenya in 2007.

Photo of burnt dead from DRC tanker explosion, not ‘Christians killed by Muslims in Nigeria’