Photo of Lollapalooza festival in US, not Odinga rally in Kenya

As Kenyan politicians crisscross the country campaigning ahead of the 2022 elections, their supporters have been sharing photos of crowds on Facebook.

But not all are authentic.

A user shared a photo showing a huge crowd and suggested it showed Orange Democratic Movement (ODM) party leader Raila Odinga during one of his rallies in Embu county.

This translates as: “Breaking news … Embu town, we thank you for coming out to listen to our leader Raila Odinga. Let's congratulate him.”

But does the photo really show an Odinga rally in Embu county? We checked. 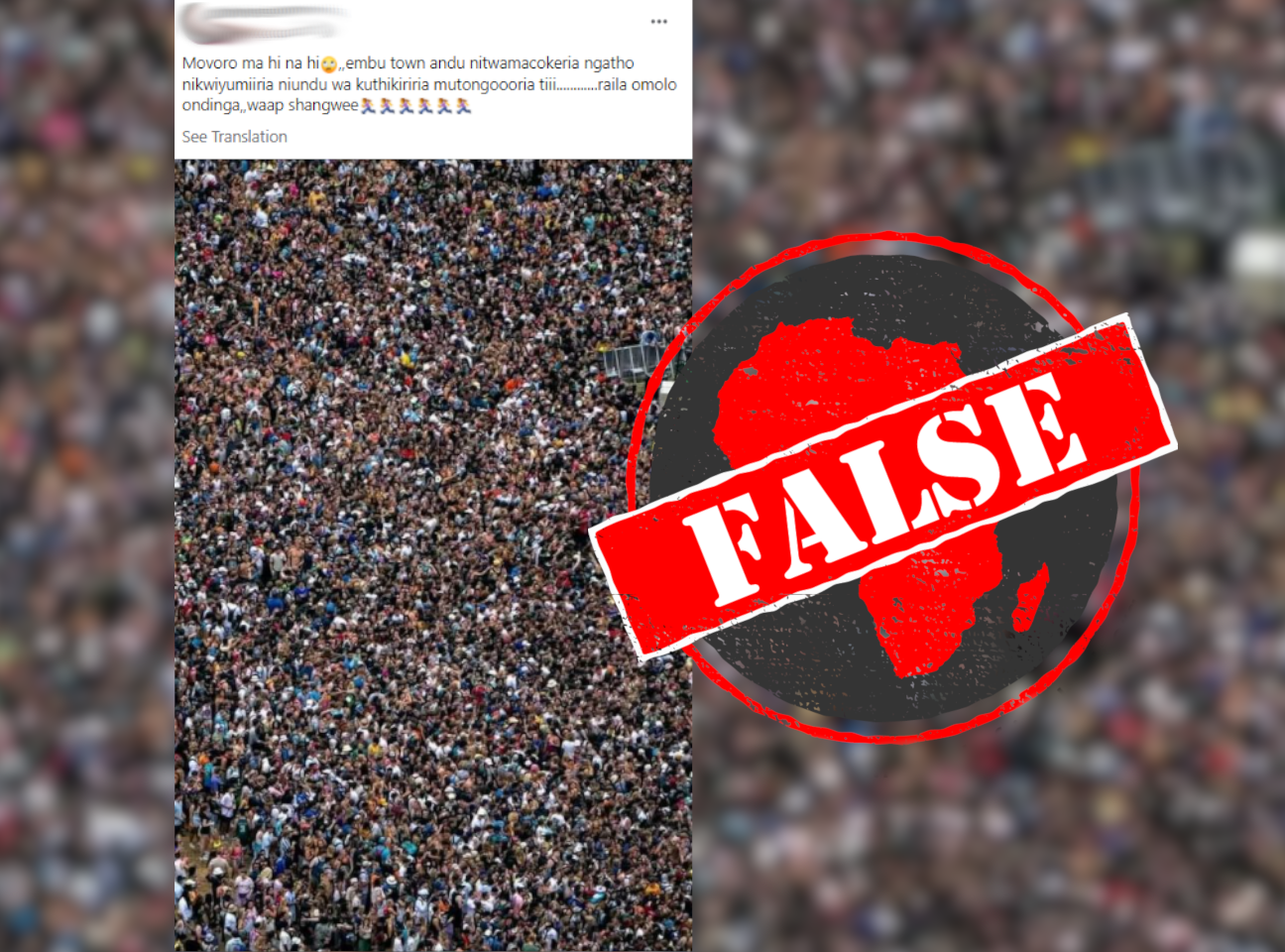 A reverse image search reveals that the photo is old and unrelated to political events in Kenya.

It was taken during the Lollapalooza music festival in Chicago in the US in 2021.

The event was covered by several media houses.

Business Insider Africa interviewed Colin Hinkle, the photographer who took the photo, who said he snapped it from the balcony of his home.

He also posted a photo of the event on Twitter.