A photo of a massive crowd filling a wide boulevard in a city, many carrying banners, is circulating on Facebook.

“Hundreds of Thousands Gather in the Streets of Ukraine to Praise the Name of Jesus, after the President finally gave liberty to preach the Gospel which was banned for so many years,” its caption reads.

It adds: “The banner of Jesus Christ is lifted over every nation of the world! GLORY BE TO GOD.”

But does the photo really show thousands of people praising Jesus in the streets of Ukraine after the president lifted a ban on preaching Christianity? We checked. 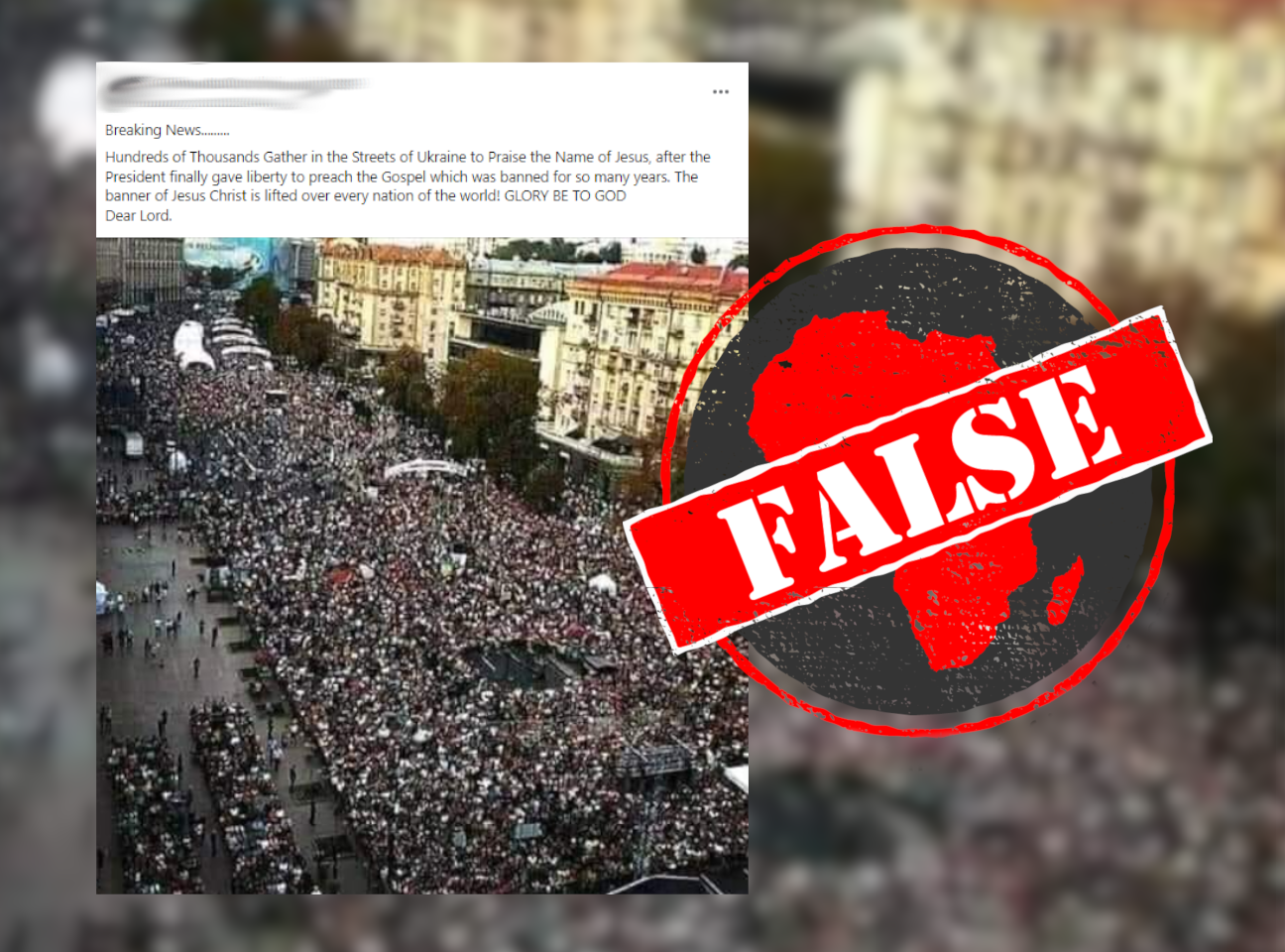 A reverse image search reveals that the photo was first published online in September 2017.

It appears in an article by Mission Network News, headlined: “500,000 Ukrainians gather to celebrate reformation and God’s faithfulness”.

According to the article, the crowd was celebrating the 500th anniversary of the Protestant Reformation. The Reformation was a 16th century religious revolution that challenged Catholic doctrine across Europe and resulted in religious groups splintering away from the Catholic church under the Protestant banner.

The celebration was held after former president Petro Poroshenko signed a decree in late 2016 calling for the anniversary of the Reformation to be commemorated. Poroshenko was Ukraine’s president from 2014 to 2019.

Christianity is the dominant religion in Ukraine. A 2019 survey found that 64.9% of Ukrainians identify as Orthodox Christians, 9.5% as Greek Catholic, 1.6% as Roman Catholic and 1.8% as Protestant.

Christianity was not “banned” before the celebration. Ukraine’s 1991 constitution includes the right to religious freedom.