Photos of injured African migrants are from Spain, not Ukraine-Poland border

A Facebook post published on 12 March 2022 includes graphic photos of people lying and sitting on the ground, some of whom appear to have been beaten up.

The post claims the photos show African migrants who have been abused in Ukraine. It reads: “This is #ukrainwar. Black peoples are treated like this. Whites are already in Poland peacefully.”

On 24 February Russia invaded its neighbour, Ukraine. African immigrants have reportedly faced racism from Ukrainian border guards when trying to cross into Poland.

The first photo shows a large group of black people seated on the ground behind what appears to be an entrance. The second shows three men sitting on the ground, one with a bloody, bruised leg and another with his face bloody and swollen. The third is of a man’s bleeding and swollen face.

The post has been viewed over 3,000 times in the US and South Africa since it was published.

But do these photos show black migrants being treated badly during the 2022 Russian-Ukrainian conflict? We checked. 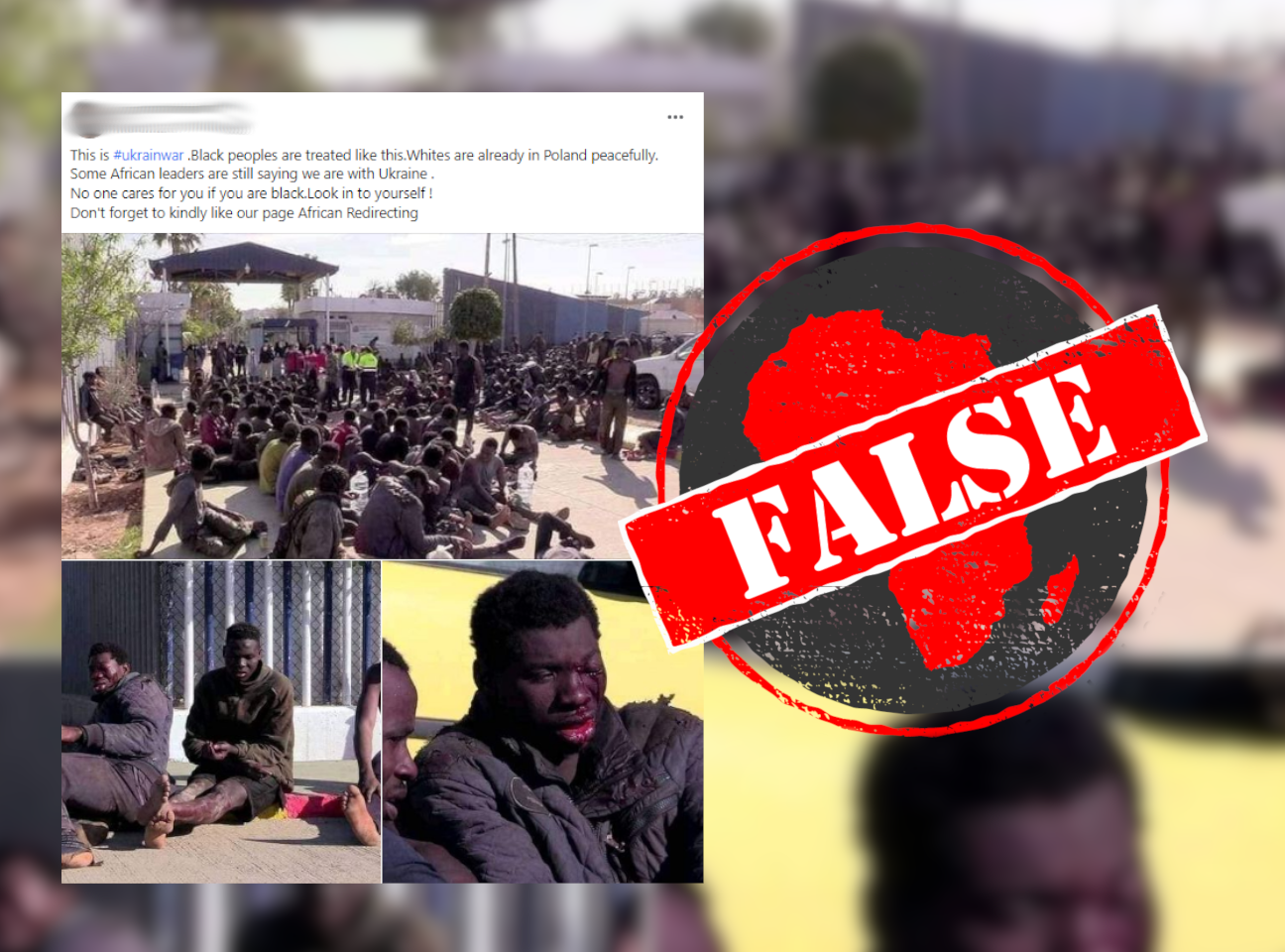 A reverse image search reveals that the photos are real but they are not from Ukraine.

Media outlet the Irish Times reported on 3 March that 800 undocumented Africans had jumped the border fence between the Spanish exclave of Melilla and Morocco.

Melilla is one of two Spanish exclaves on the northern coast of Morocco.

According to the Irish Times, 31 migrants were injured while scaling the fence and during clashes with police.

The photos were taken at a temporary centre for migrants and asylum seekers in Melilla.

The photos were also published by Getty Images and were taken on 2 March when, according to captions, 2,500 migrants attempted to cross the border and around 500 managed to cross.

The Spanish government said this was the largest attempt to reach Melilla since 2014.

The photos show African migrants injured while trying to cross a border in March 2022, but between Morocco and Spain, not Ukraine and Poland.